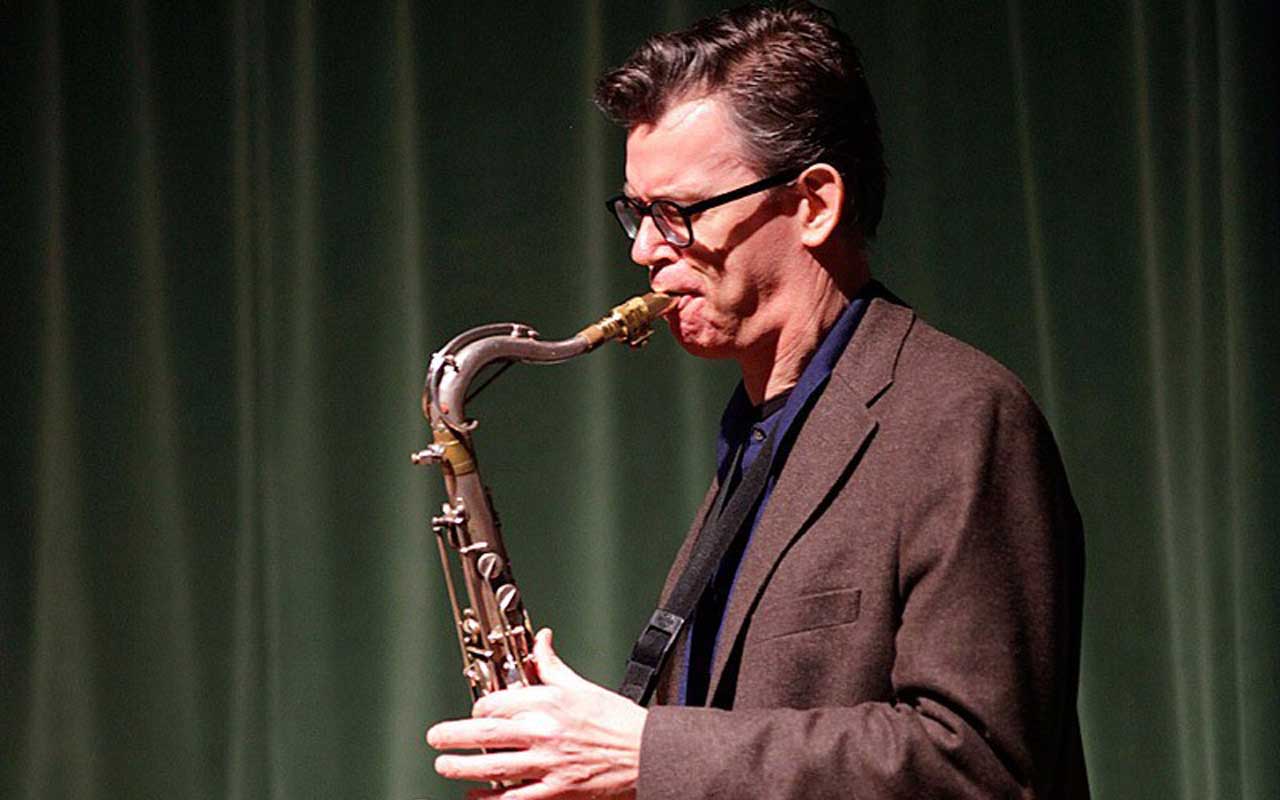 Dutch master Ab Baars performs solo on tenor saxophone, clarinet, and shakuhachi. Baars’ music is characterized as joyfully obstinate and is as colorful as it is astonishing.

Earshot fans are no doubt familiar with stellar second-generation New Dutch Swing reed man Ab Baars, thanks to his many appearances here with the ICP Orchestra and his own small groups, but they may not know his estimable solo work, which will be the focus of Baars’ festival show this year, streamed live from his Amsterdam studio. A 1989 recipient of Holland’s most prestigious award, the Boy Edgar Prize, Baars is a unique reed player. He uses an Albert system clarinet, which has fewer keys than the more modern Boehm system, thus requiring a variety of alternate fingerings that coax players to make new choices and leave behind old habits, in much the same way Steve Lacy used to challenge himself by avoiding or creating certain practice patterns. Baars also plays shakuhachi, that most resistant of Japanese flutes, and tenor saxophone, on which he elicits a colorful, fearless palette that owes a debt to Archie Shepp. But whichever horn is in his mouth, Baars exercises consummate technical control while letting his improvisations fly where they might.

Baars plays all three instruments on his solo albums And She Speaks – A Collection of Ballads (2018) and Time to Do My Lions (2008), which reveal a subtle, nuanced, abstract approach to improvisation. Leaping in a trice from a lowing caress to a pyrotechnic squall—with judicious silences setting off his phrases—Baars can be a bit puzzling, at first, until you realize snippets of the melody or harmonic benchmarks are surreptitiously slipping into his lines. Favorites on And She Speaks include the hauntingly beautiful “Naima Blue Saphir” and the playful “Blame It On My Youth Cadmium Red.” In an email Baars writes that he will be using his full arsenal for the Earshot show and will play “a few new compositions and something by Misha Mengelberg and John Carter.”

Information about the concert and a set list provided by Ab Baars.

Concert recorded on Friday September 25, 2020 at The Villa in Wormerveer, the Netherlands
Video created by Emma Fischer
Paining in video by Ab Baars
Ab Baars tenor saxophone, clarinet and shakuhachi

A line from the poem Bobo’s Metamorphosis by Czeslaw Milosz

– The nearness of you  tenor saxophone
words by Ned Washington, music by Hoagy Carmichael

These are challenging times for artists, please give them your support: http://stichtingwig.com/abBaars/AbBaars.html