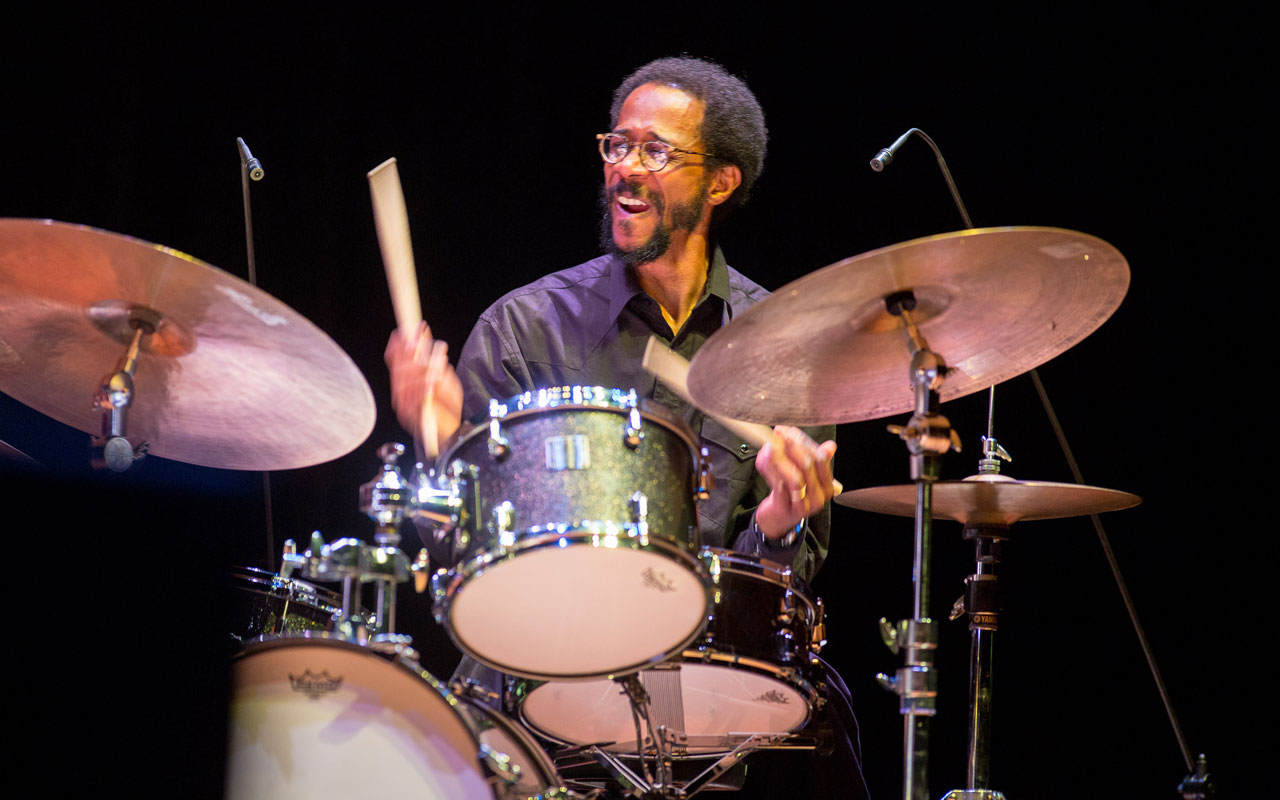 “One of the finest drummers of his generation — at the top of the list.” —JAZZTIMES

2019 Festival Tune-Up Show!
GRAMMY Award-winning drummer and composer Brian Blade presents his eagerly anticipated new project, Life Cycles, in tribute to the late vibraphonist and jazz legend Bobby Hutcherson. Easily one of the most charismatic and soulful musicians in jazz, Blade’s musical roots go back to the Southern Baptist church in Shreveport, Louisiana, where his father has been the pastor for 52 years. Blade’s Fellowship band, formed in 1997, has released five increasingly accomplished sessions for Blue Note. He has been an in-demand sideman and band member, cultivating a diversity of long-term associations with Joni Mitchell, Joshua Redman, Daniel Lanois, Bill Frisell, and Chick Corea’s all-star trio with Christian McBride. In 2000, Blade began his most visible and fruitful partnership as a member of NEA Jazz Master Wayne Shorter’s all-star quartet, touring the world and recording five albums with the renowned saxophonist, including a trio of GRAMMY winners; 2005’s Beyond the Sound Barrier, 2013’s Without a Net, and 2018’s expansive triple-disc release Emanon.