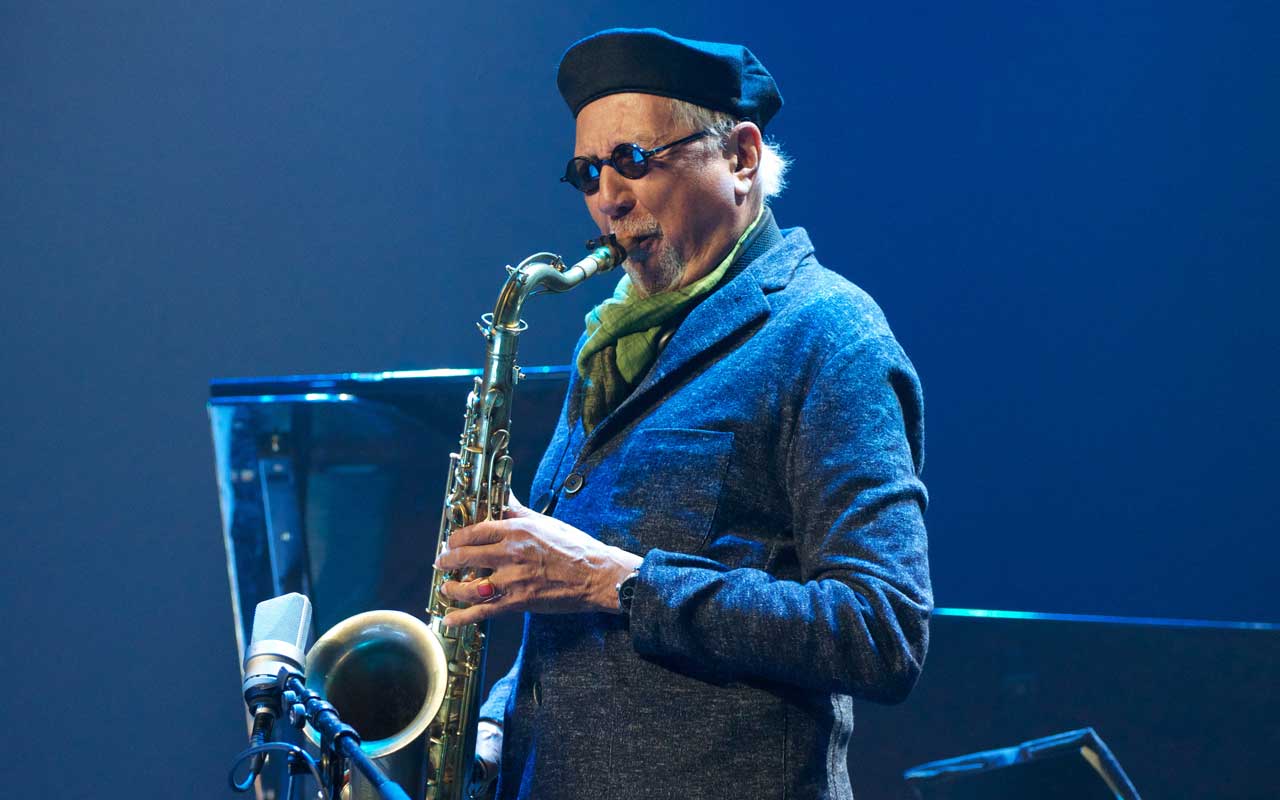 Charles Lloyd, virtuoso saxophonist, flutist, and NEA Jazz Master has dominated the music scene for over 60 years and he continues to push boundaries and impress audiences and fellow-masters alike with his brilliance. Born in Memphis, Tennessee, Lloyd came up through the jazz ranks learning from the likes of Phineas Newborn, Howlin’ Wolf, and B.B. King. While attending USC in the late 1950’s Lloyd played with Ornette Coleman, Eric Dolphy, Charlie Haden, Billy Higgins, and Gerald Wilson. In 1960 Lloyd was invited to become music director of Chico Hamilton’s group, and in 1964 Lloyd joined the Cannonball Adderley Sextet. In 1964 Lloyd signed with CBS Records and began to record as a leader. His Columbia recordings, Discovery, (1964) and Of Course, Of Course, (1965) were two of his most early notable recordings. Eventually Lloyd formed his own quartet, a brilliant ensemble that introduced the jazz world to the talents of pianist Keith Jarrett, drummer Jack DeJohnette and bassist Cecil McBee. Their first release together was a studio recording, Dream Weaver, followed by Forest Flower: Live at Monterey, (1966).

As the eras moved on, so did Lloyd—in the 60’s he performed with Jimi Hendrix, Janis Joplin, and collaborated with the likes of the Beach Boys, Grateful Dead, and The Doors. In the 1970’s  Lloyd shifted his focus from public performance and focused instead on his inner journey, retreating to Big Sur, California in the footsteps of other artists and seekers such as Langston Hughes, Jack Kerouac, Jean Varda, and Jamie de Angulo. In the 1980’s Lloyd returned to public performance, championing and touring with new artists such as French piano prodigy Michel Petrucciani, and creating new albums and touring extensively with the likes of Brad Mehldau, John Abercrombie, Larry Grenadier, Geri Allen, Jason Moran, Reuben Rogers, and Eric Harland.

Despite pauses in his career, Lloyd continues to be a master of his domain. For the Charles Lloyd Ocean Trio, Lloyd will be joined by the remarkable and lyrically evocative guitarist Anthony Wilson and explosively creative bassist, Harish Raghavan.