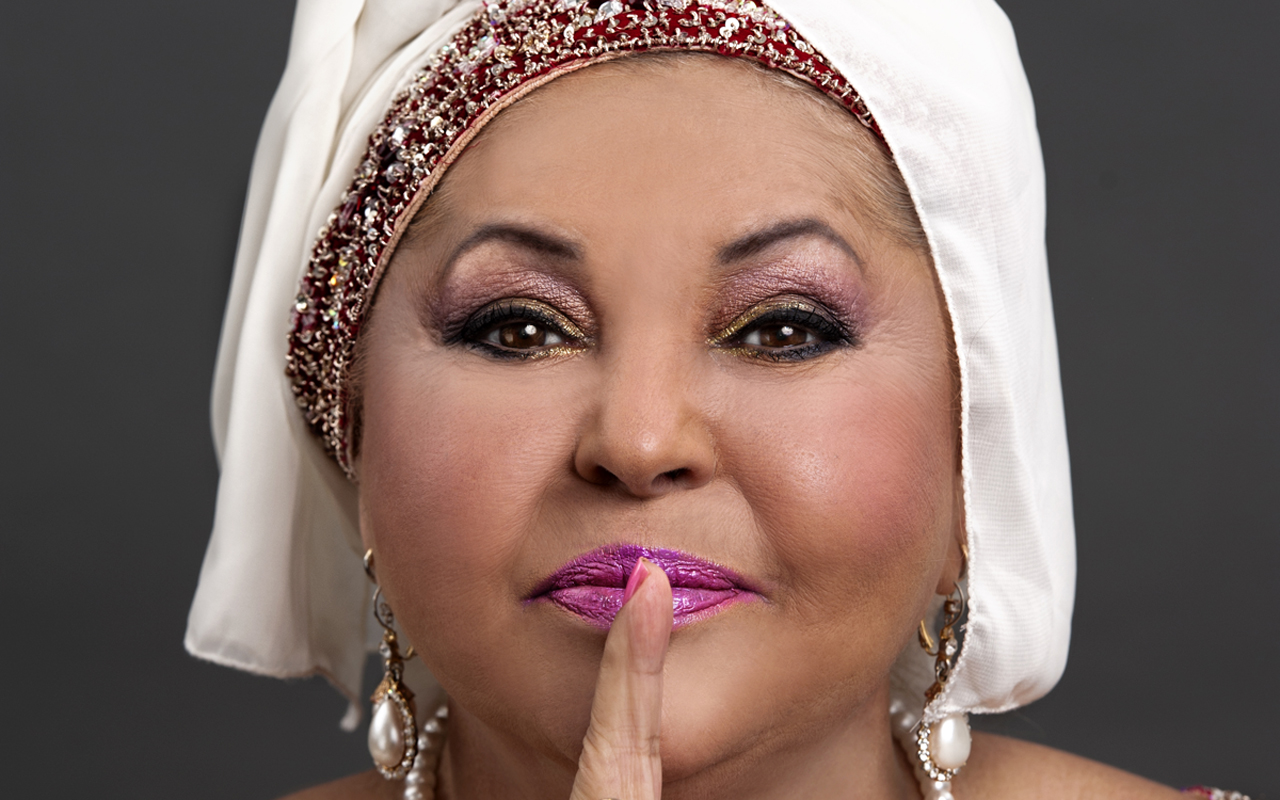 Esma Redzepova is internationally acclaimed as the “Queen of Romani Songs” and is one of NPR’s “50 Greatest Voices.”  Born in Skopje, Republic of Macedonia, she began her professional career at the age of 13.  She was the first Balkan performer to make Romani music popular with non-Romani audiences on elite concert stages in the early 1960’s.  Esma, who sings in over 10 languages, earned the title “Queen of Romani Songs” at the World Festival of Romani Music in India in 1976.  At the Festival of Roma Experiences in Moscow in 2000, Esma was proclaimed Laureate and Roma Singer of the Century.  In 2013 she represented Macedonia in the Eurovision Song Contest. Esma has performed for many heads of state and has toured for more than four decades, giving more than 8,000 concerts in over 30 countries. She has played in plazas, stadiums, and opera houses, for villagers as well as world leaders. Her Ensemble has performed over 400 musical pieces on dozens of recordings, several of which achieved “gold” status in the former Yugoslavia.

In addition to her stage work, Esma is a world-renowned humanitarian.  Over the past thirty years she has fostered forty-nine children and educated them in music and career development. She will be accompanied by some of these protégés, including master accordionist and ensemble arranger Simeon Atanasov. During the last decade, Esma has been building a “Home of Humanity and Museum of Romani Music” which includes an archive, theater, recording studio, and an outpatient clinic for underserved populations.

Esma has been a major contributor to countless advocacy and assistance programs for women and underserved populations, including the disabled and Romani refugees from Kosovo. She is honorary president of the Macedonian Red Cross, and has given more than one thousand benefit concerts. In 2000, the American Biographical Institute awarded Esma the “Medal of Honor” and the Sorority of Roma Women proclaimed Esma “Woman of the Millennium.” In 2002 Esma received the Mother Teresa Award, was nominated as United Nations Ambassador for Refugees in Macedonia, and was nominated a second time for the Nobel Peace Prize.  In 2010, she was awarded the Macedonian Order of Merit, and in 2013 she was proclaimed a National Artist of Macedonia.

Presented  in Association with Center for Traditional Music and Dance