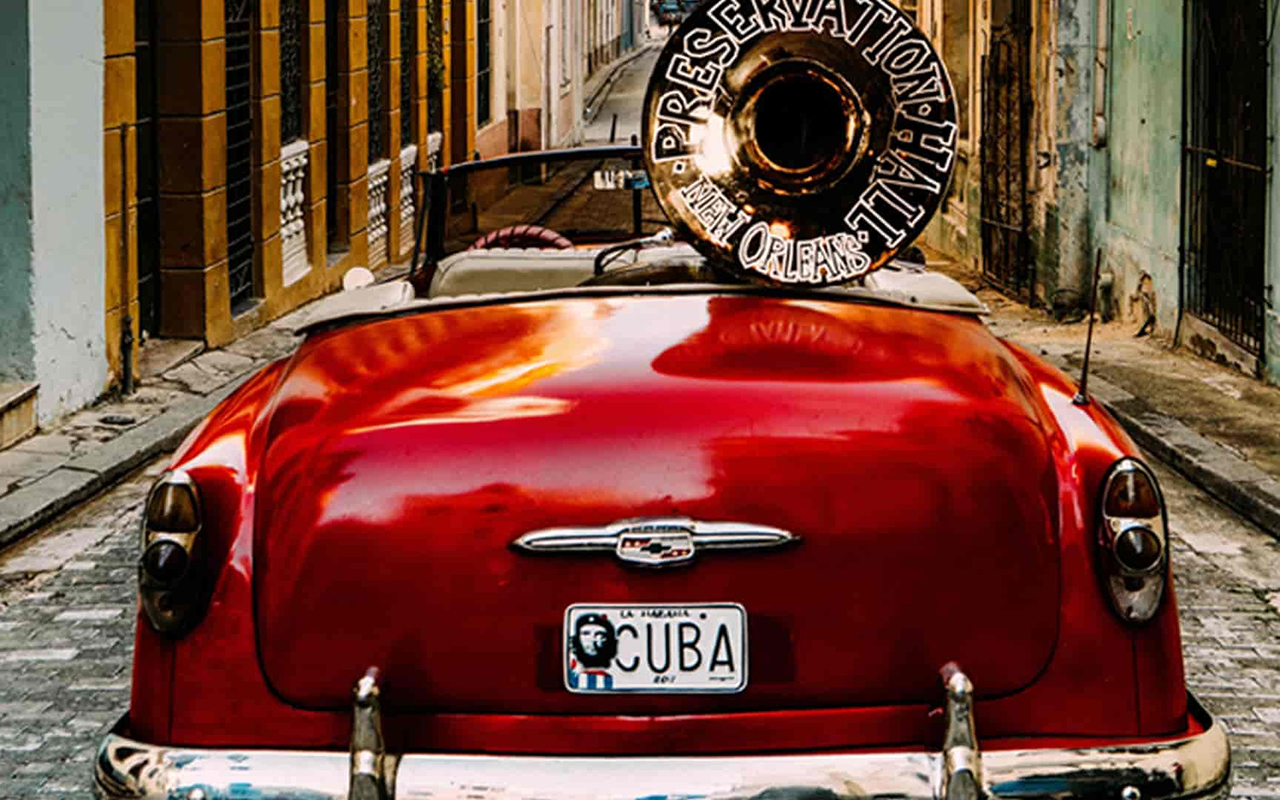 This documentary traces the journey of the New Orleans music group, the Preservation Hall Jazz Band, as they explore their Cuban roots. In Cuba, the band deep dives into musical traditions that gave rise to New Orleans music and along the way engages with some of Cuba’s present day masters of music. As the filmmakers express it, “a Tuba to Cuba celebrates the triumph of the human spirit expressed through the universal language of music and challenges us to dig deeper; to find that common ground we all have inside us, and there, resolve to build bridges, not walls.” Making exciting human and musical connections, this film is co-directed by T.G. Herrington and Danny Clinch, and produced by Nicelle Herrington.

“T.G. Herrington and Danny Clinch’s exhilarating record of a journey to Cuba (and so much more) by the PHJB is very likely to become a classic of the music documentary genre, filled with so much energy, elation, and inspiration that not even an endless PBS fundraiser could drain it of its vitality.” – Michael King, Austin Chronicle

“Clinch’s work is extraordinary, and his expertise as a photographer is shown in this film, as the film is absolutely gorgeous to look at from a visual standpoint. Clinch’s photography sensibilities really come out in this film when the band is going through Havana and Santiago in Cuba, and … New Orleans looks gorgeous.” – Jake Salinas, Movie Talk with Jake Salinas

“The verdict? We are one place and one people, born to combat despair, oppression, and poverty with ingenuity, humor, and the music that transcends all of it.” – Patrick Hipes, Deadline