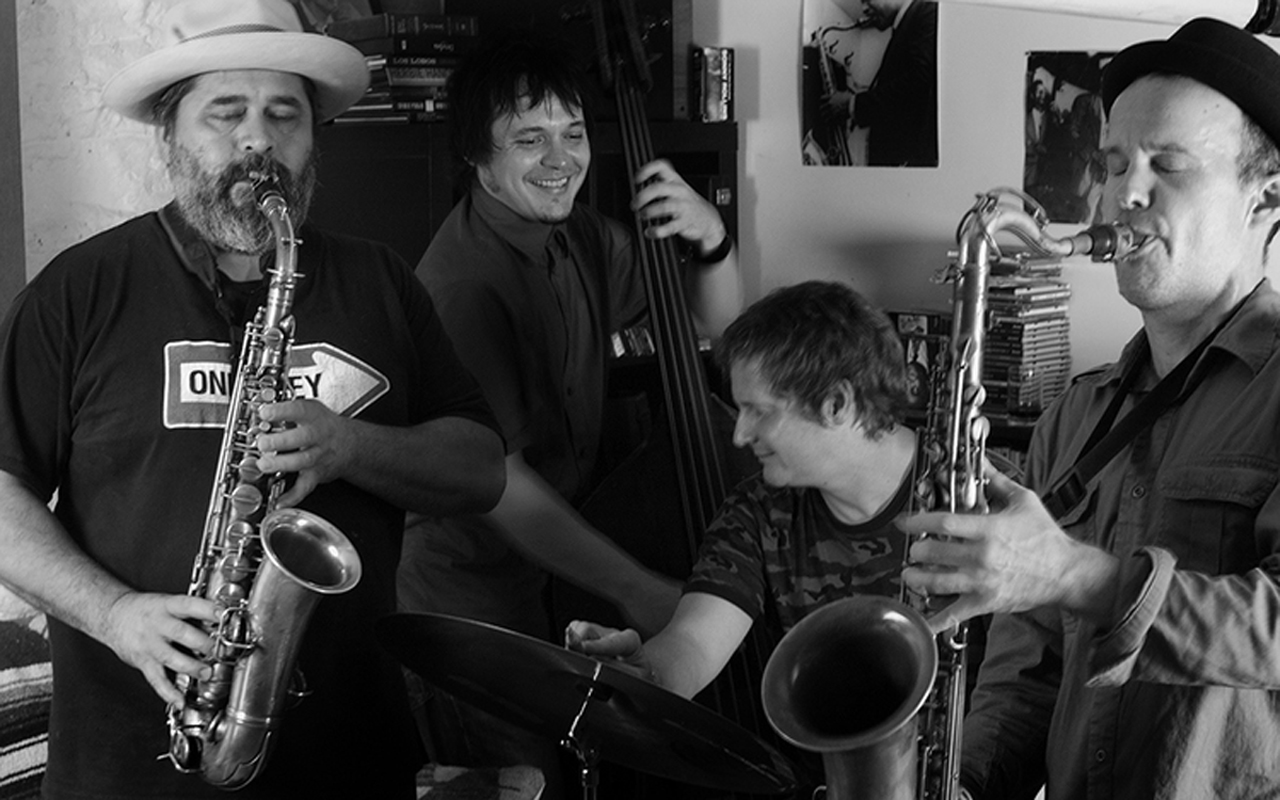 Edgy, tight, thrilling, and accessible, Endangered Blood is four long-time colleagues and friends who call themselves a “neighborhood band” on the strength of living within three blocks of each other in New York. Their closeness emerges in the music as highly intuitive interplay and purpose that make Endangered Blood a highly gripping and coherent small combo. The quartet took its names from playing at a seriously ill friend’s benefit concert; from there, its health flourished. With elements from bebop, post-bop, free jazz, New Orleans funeral marches, mariachi, and much more “all seamlessly strung together” (All About Jazz), its “high-energy, melody-driven themes exploded into all-out jams, hammered home by Jim Black’s aggressive drumming,” as TimeOut NY said of one of its gigs. Speed and Black have, of course, appeared together in many bands, but of all those, said Chicago Reader, “Endangered Blood is the one where their contrasting styles flower most fully and fit together most organically.” Well more than a decade ago, drummer Jim Black established himself as one of the most inventive drummers around; in addition to Endangered Blood, he leads his own trio as well as post-rock/jazz group Alas No Axis. Bassist Trevor Dunn has featured in various Mike Patton and John Zorn projects for skills equally as honed on electric bass as on upright acoustic (his bass-of-choice in Endangered Blood); among his more surprising accomplishments is to have played, with the rock band Melvins Lite, 51 gigs in 50 states and DC in 51 days in an (apparently unsuccessfully) attempt at inclusion in the Guinness Book of World Records. Alto saxophone and bass clarinetist Oscar Noriega emerged as a member of Tim Berne’s Snakeoil quartet, plays with an inspired sense of purpose, and in Endangered Blood perfectly complements tenor saxophone and clarinetist Chris Speed, another stand-out on the current scene, playing with Craig Taborn, Uri Caine, and John Hollenbeck’s long running Claudia Quintet.