Eric Vloeimans and Will Holshouser 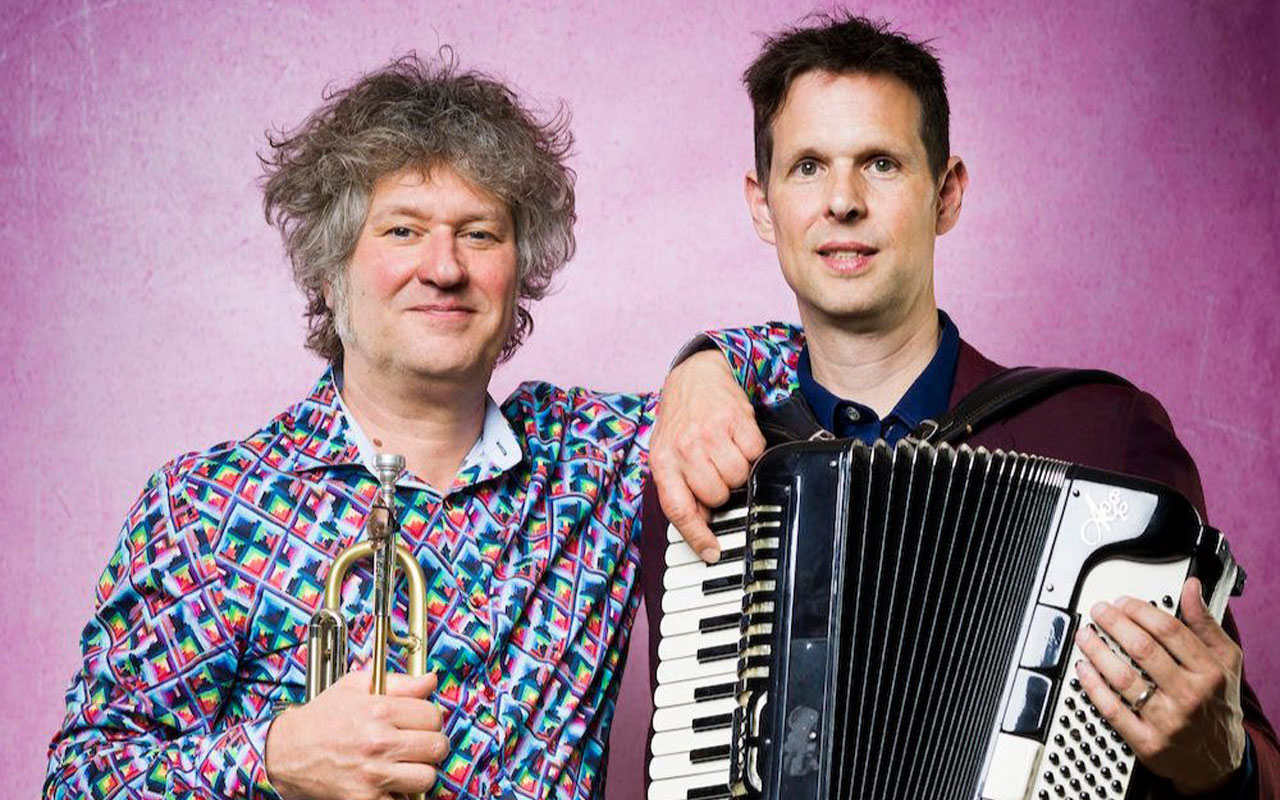 Trumpeter Eric Vloeimans is one of the best-known musicians in his home country, the Netherlands. A leader of numerous ensembles, and a frequest guest with bands and orchestras spanning many genres, Vloeimans has won four Edison prizes (The “Dutch” Grammy) for his recordings. His talent, easy-going attitude, and great sense of humor have led to him to perform internationally with such artists as Wayne Horvitz, Joey Baron, Peter Erskine, Mercer Ellington, and Charlie Mariano among others.

Will Holshouser is a highly creative and utterly unconventional accordion player. Drawing on many musical traditions, including jazz and folk music, Holshouser creates rich and enticing compositions and new sounds. He is one of the sought-after accordionists in the U.S. Vloeimans’s and Holshouser’s latest album, Two for the Road will be released in September.

Erik Vloeimans and Will Holshouser photo by Merlijn Doomernik