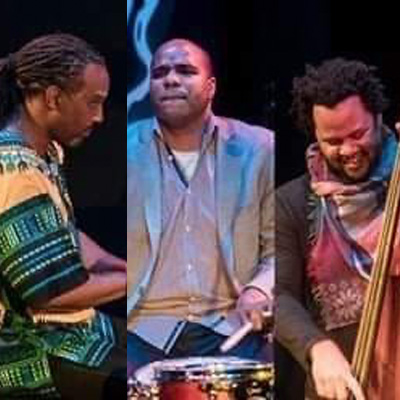 Folks Project is an exciting contemporary jazz trio featuring some of the hottest players on the scene — Darrius Willrich on piano and vocals, Evan Flory-Barnes on bass, and Within/Earshot Jazz Festival regular D’Vonne Lewis on drums. Folks Project found its origin as an evolution of their friendship and a shared love of music. The three musicians were inspired to form the band during a special event at Seattle Center for International Jazz Day in 2015. Since then, they’ve continued to gain attention and momentum, including reaching number two on International ReverbNation’s Seattle Jazz charts this spring and receiving a strong critical response to their first album Live at the Triple Door. This evening promises to transport.