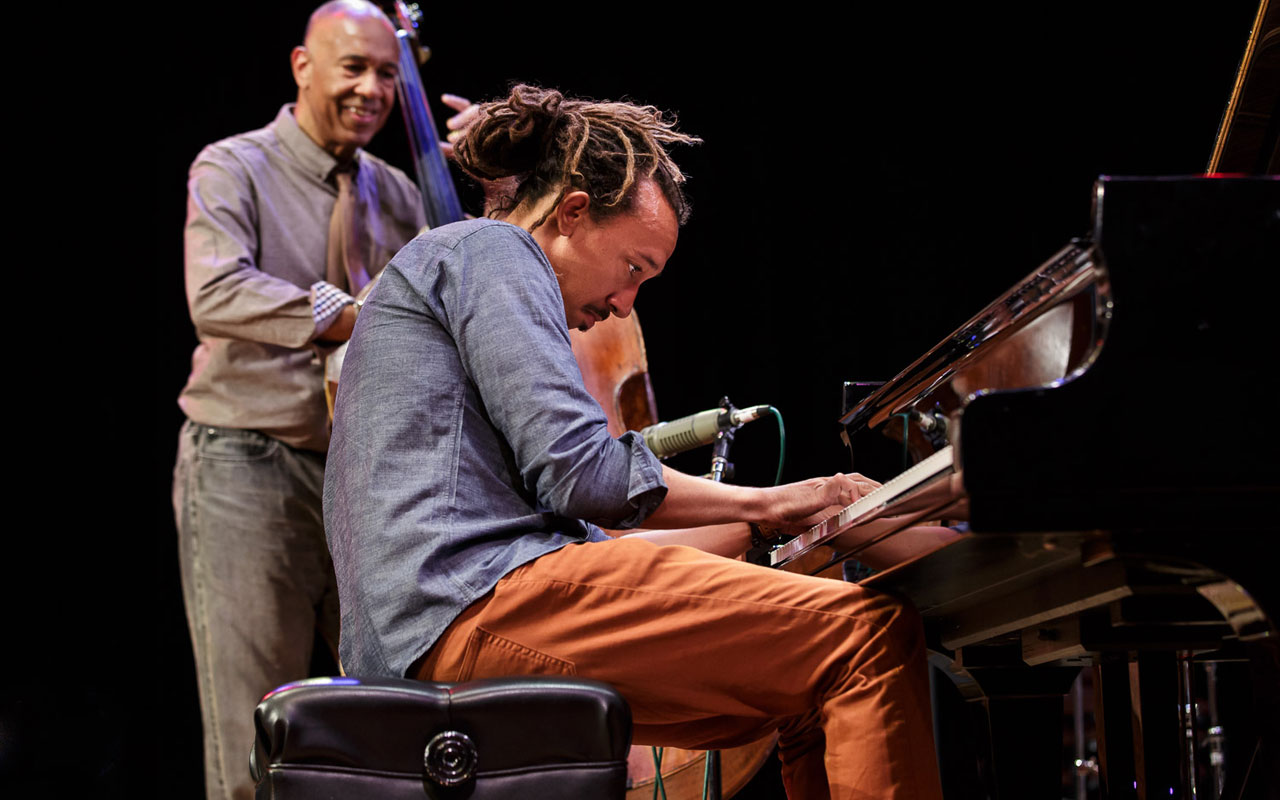 EVENT NOTES:
The ensemble includes Gerald Clayton (piano) and John Clayton (bass).
This is a pre-recorded event filmed for Earshot Jazz in October 2020.
Livestream broadcast at 7PM PST. Not available on demand.

John serves as the musical director of several renowned jazz festivals, including the Jazz Port Townsend Festival, attracting prominent artists from across the globe at one of the nation’s premier jazz events. He co-founded the Grammy-nominated Clayton-Hamilton Jazz Orchestra and the Clayton Brothers Quintet, nominated for two Grammy awards. The quintet (John Clayton, Jeff Clayton, Terell Stafford, Gerald Clayton and Obed Calvaire) cooks up sweet original compositions and reinvents standards, expressing their love of this true American art form.

These are challenging times for artists, please give them your support: http://geraldclayton.com/