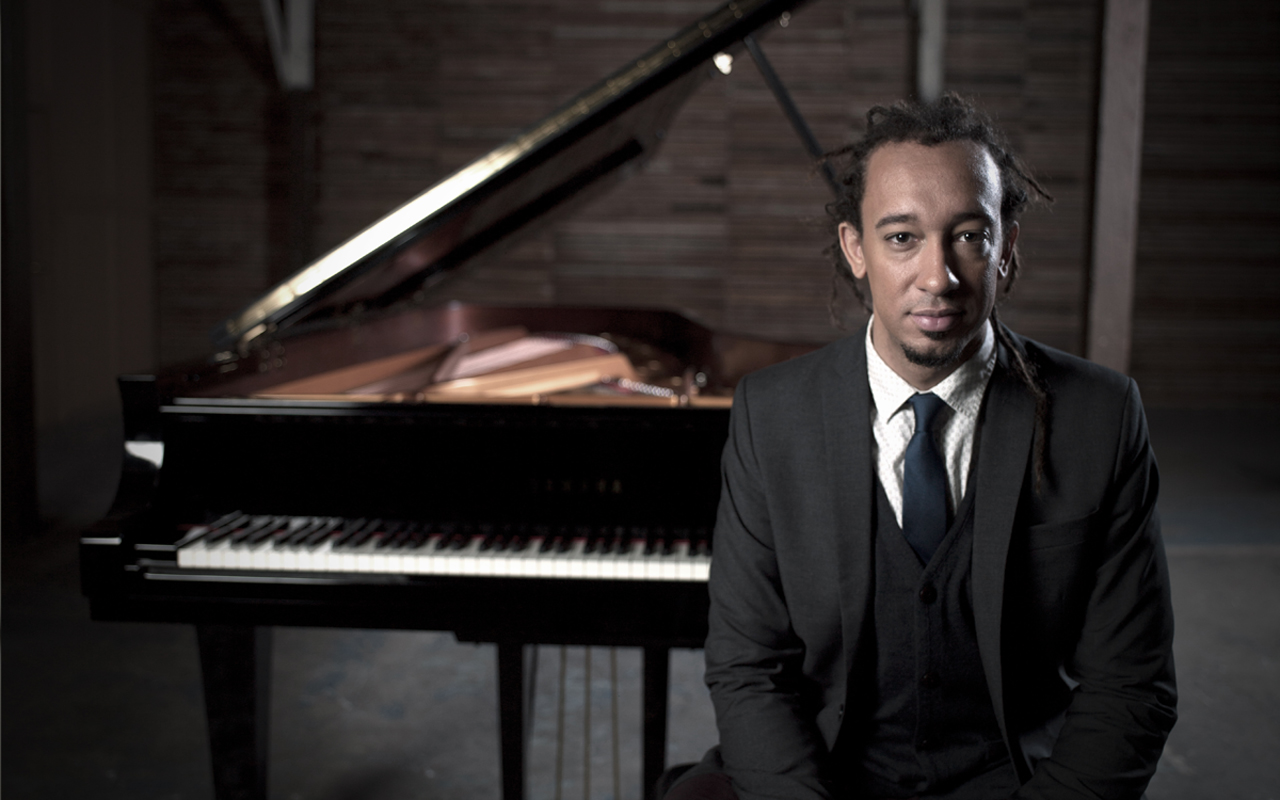 The four-time GRAMMY-nominated pianist/composer brings his “Tributary Tales” trio to Seattle with Joe Sanders on bass and Kendrick Scott on drums.

Gerald Clayton searches for honest expression in every note he plays. With harmonic curiosity and critical awareness, he develops musical narratives that unfold as a result of both deliberate searching and chance uncovering.

The son of beloved bass player and composer John Clayton, he enjoyed a familial apprenticeship from an early age. Clayton honors the legacy of his father and all his musical ancestors through a commitment to artistic exploration, innovation, and reinvention. His music is a celebration of the inherent differences in musical perspectives that promote true artistic synergy. Inclusive sensibilities have allowed him to perform and record with such distinctive artists as Diana Krall, Roy Hargrove, Dianne Reeves, Ambrose Akinmusire, Dayna Stephens, and John Scofield. Clayton also has enjoyed an extended association since early 2013, touring and recording with saxophone legend Charles Lloyd.

Joe Sanders has made a name for himself through his versatility, dedication, and steady pulse. He is one of the most sought-after young bass players of his generation and has played with Ravi Coltrane, Herbie Hancock, Jimmy Heath, Wayne Shorter, and Dave Brubeck, among others.

Kendrick Scott is an alumnus of the famed Berklee College of Music. He has performed with Pat Metheny, Joe Lovano, Terence Blanchard, and Dianne Reeves, and currently plays with the Charles Lloyd Quartet alongside Reuben Rogers and Gerald Clayton.