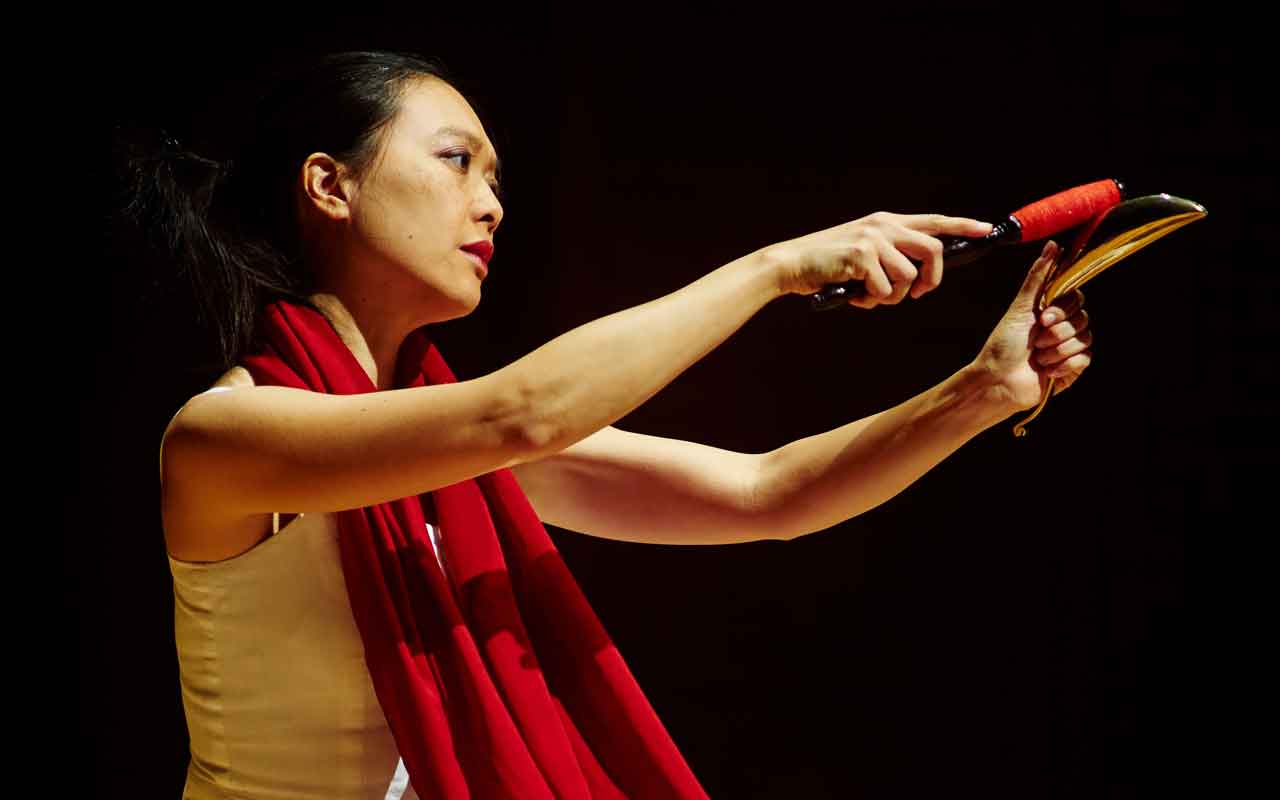 Jen Shyu’s distinctive vocabulary and compelling performances are gaining wide acclaim. Her solo work Nine Doors tributes a Javanese puppet master who died with his wife and child. Steeped in many traditions, she employs lutes, dance, song, and ceremony to summon the spirits of Timor, Taiwan, and Korea.