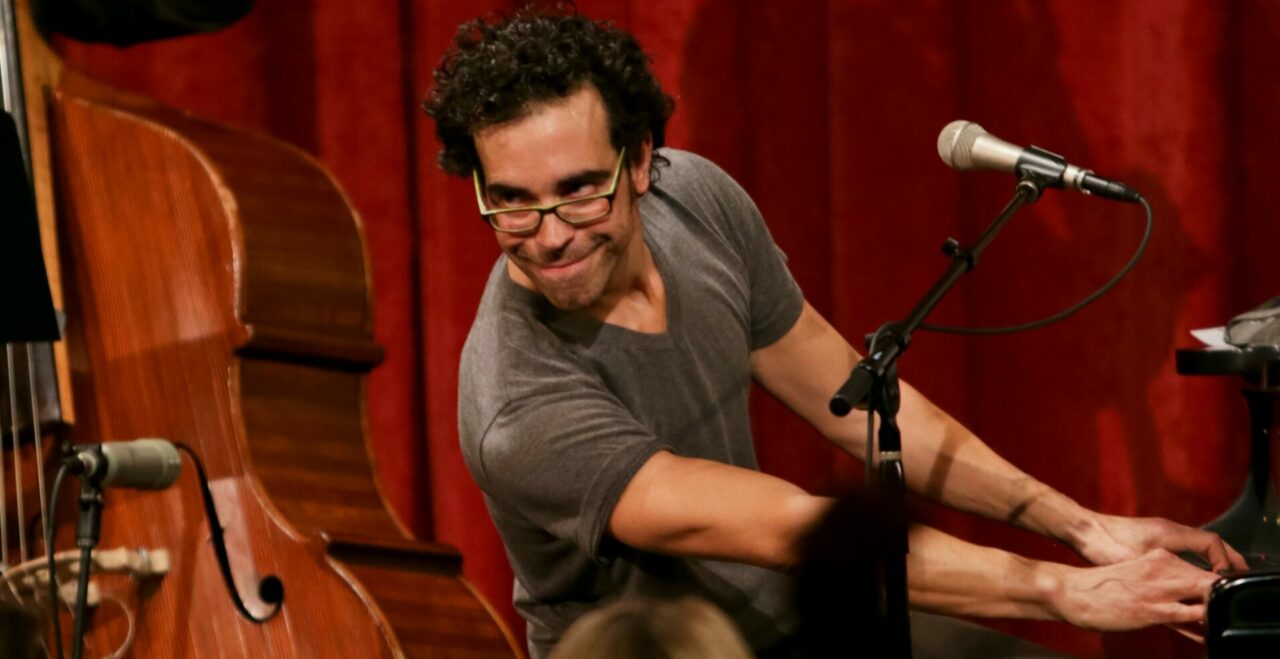 Jose ‘Juicy’ Gonzales and his bandmates love presenting this comforting and magical music. For the last 10+ years, the trio has delighted audiences around the Puget Sound with music from the timeless holiday classic, A Charlie Brown Christmas. You’ll hear intimate versions of, “O Tannenbaum”, “My Little Drum”, “Linus and Lucy”, and the impeccable “Christmas Time Is Here”, along with Guaraldi’s breakout hit that launched his Charlie Brown career, “Cast Your Fate to The Wind.” Jose will guide us through the history surrounding the music and making of the special, and how they melded together to create television history. Playing at CORNISH PLAYHOUSE at SEATTLE CENTER as a fundraising event for STRAWBRRY THEATRE WORKSHOP.

​Played in Its Entirety, Sunday Dec-11

Eleven years ago, Strawberry Theatre Workshop Artistic Director Greg Carter just wanted someone to tell him whether his favorite Christmas music was hip or if he had been the victim of a commercial brainwashing. After all, the overarching theme of Charles Schulz’s animated opus “A Charlie Brown Christmas” was that the holidays were run by a big Eastern syndicate, y’know.

What better arbiter of hip than Jose Gonzales—local actor, music director, and the only person Carter knew personally who went by the name ‘Juicy’ when he was teamed with his onstage jazz trio? Gonzales’ answer was simple: “Yes.” Vince Guaraldi had groove; San Francisco groove to be specific. A gifted composer from the 1960s West Coast jazz scene, it was true that in the middle of unexceptional career, Guaraldi met his muse (or muses) in the form of the Peanuts franchise. While it was an early crossover hit that brought his music to the attention of television producer Lee Mendelson, Peanuts brought Guaraldi’s fusion of Latin, boogie-woogie, and contemporary jazz to the mainstream.

In a story Gonzales regularly tells from the stage in Seattle, Mendelson first heard the signature song ‘Linus and Lucy’ over the telephone because Guaraldi was so enthusiastic after he wrote it, he refused to wait for the producer to drive to his studio. After one listen, Mendelson remembered thinking, “It just blew me away. It was so right, and so perfect, for Charlie Brown and the other characters. I have no idea why, but I knew that song would affect my entire life.”

Strawshop inaugurated the tradition of “A Charlie Brown Christmas” (immortalized forever after as CBX) at the Erickson Theatre off Broadway in December 2011. From a sparse gathering of about 65 people at that first show to larger groups at Rainier Chapter House and Town Hall Seattle, CBX finally found a permanent home at the Cornish Playhouse at Seattle Center in 2014.

Now, the Jose Gonzales Trio performs two shows on the second Sunday each December, accommodating 700-800 people. CBX22 is December 11. The 1pm Matinee is designed with a shorter playlist, cheaper tickets, and no intermission. This helps jazz fans with busy holiday social calendars get in and out of Seattle Center in a little over an hour. This also can be easier for kids who love dancing to Charlie Brown and Snoopy (which the Trio encourages) but might not be able to stay up late for the longer evening show.

The Main Event starts with a cocktail party onstage at the Playhouse from 6pm-7pm. Featuring artisan chocolatier Meg Maggie Margaret (who started her business at CBX11 all those years ago at the Erickson), and concessions from Tuxedos & Tennis Shoes, the party includes an auction and a raffle to support Strawberry Theatre Workshop’s 2023 Season of programming. The Trio goes on at 7pm with two sets interrupted by an intermission to refill one’s drink and buy one last raffle ticket to go home with that 42” Jumbo Snoopy.

​–Firmly rooted in jazz and fueled by a steady diet of blues and pop, pianist/singer Jose ‘Juicy’ Gonzales delivers a rich, dynamic experience. Teamed with drummer Matt Jorgensen and bassist Michael Marcus, the Trio has a fresh sound informed by classic jazz of the 50s and 60s including Thelonious Monk, Oscar Peterson, Bill Evans, and Miles Davis, along with pop icons Elton John, the Beatles, and Prince. They have performed all over the region and appeared on radio in the US and in Europe.

The gravitational draw of “A Charlie Brown Christmas” reaches beyond comforting nostalgia of the holiday season. Originally released in 1965, Vince Guaraldi’s 11-song LP of jazz-inspired standards and unforgettable originals is the seventh best-selling holiday album of all-time, and the second best-selling jazz album of all-time (second only to Miles Davis’ “Kind of Blue”). But what can never be lost in its stand-alone popular appeal is that the music was intended as a film score. Whether the listener knows the original imagery created by Schulz, the music transports the mind to a visual place.

“Guaraldi showed how a piano, bass, and drums can capture a feeling and character in living color, particularly if those feelings are complex, conflicted, or even simply too beautiful for words,” wrote Chris Barton in The Los Angeles Times in 2012. “It’s the kind of realization that, even unconsciously, opens the door for later discoveries in Bill Evans, Thelonious Monk, Robert Glasper, and everything beyond.” Ranking the album at No 4 in their 2019 round-up of the Greatest Christmas Albums of all-time, Jon Dolan at Rolling Stone added that the album has “become some of the most visually evocative American music.”

In Seattle, an opportunity to absorb those sounds and visions is presented annually by Strawshop in its annual fundraiser known by the acronym CBX. It’s a hip experience.