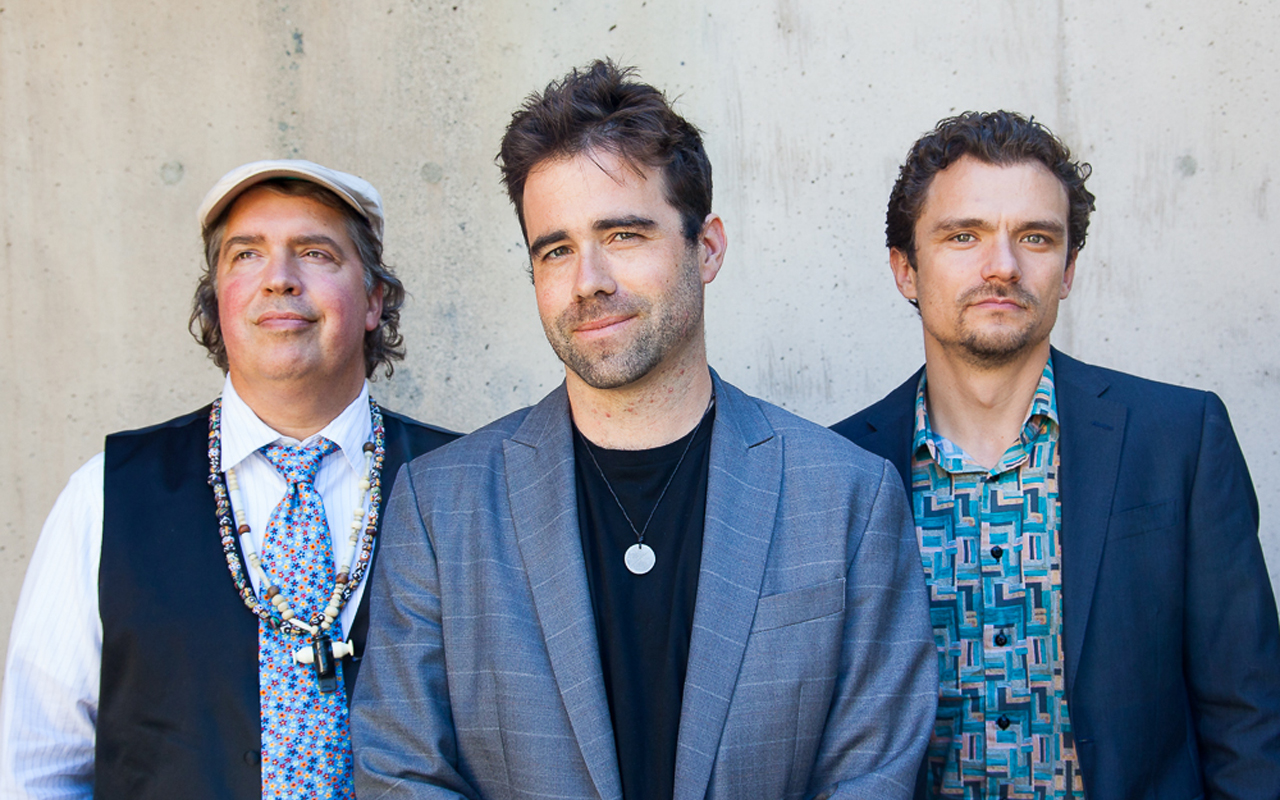 Due to health concerns surrounding the spread of COVID-19, this event is being presented in a livestream-only format, to be broadcast on this page.
Stream the Video Here

In solidarity with the worldwide movement for justice for George Floyd, his family, and Black people everywhere, proceeds from this benefit concert will go to Creative Justice NW, a Seattle-based organization that uses art as a vehicle to end racial disproportionality and youth incarceration. In lieu of a digital tip jar, the artists ask that donations be made directly to Creative Justice.

Pre-order The Dance She Spoke on Bandcamp: https://duendelibre.bandcamp.com/album/the-dance-she-spoke

Photo of Jeff Busch, Alex Chadsey, and Farko Dosumov courtesy of the artists.