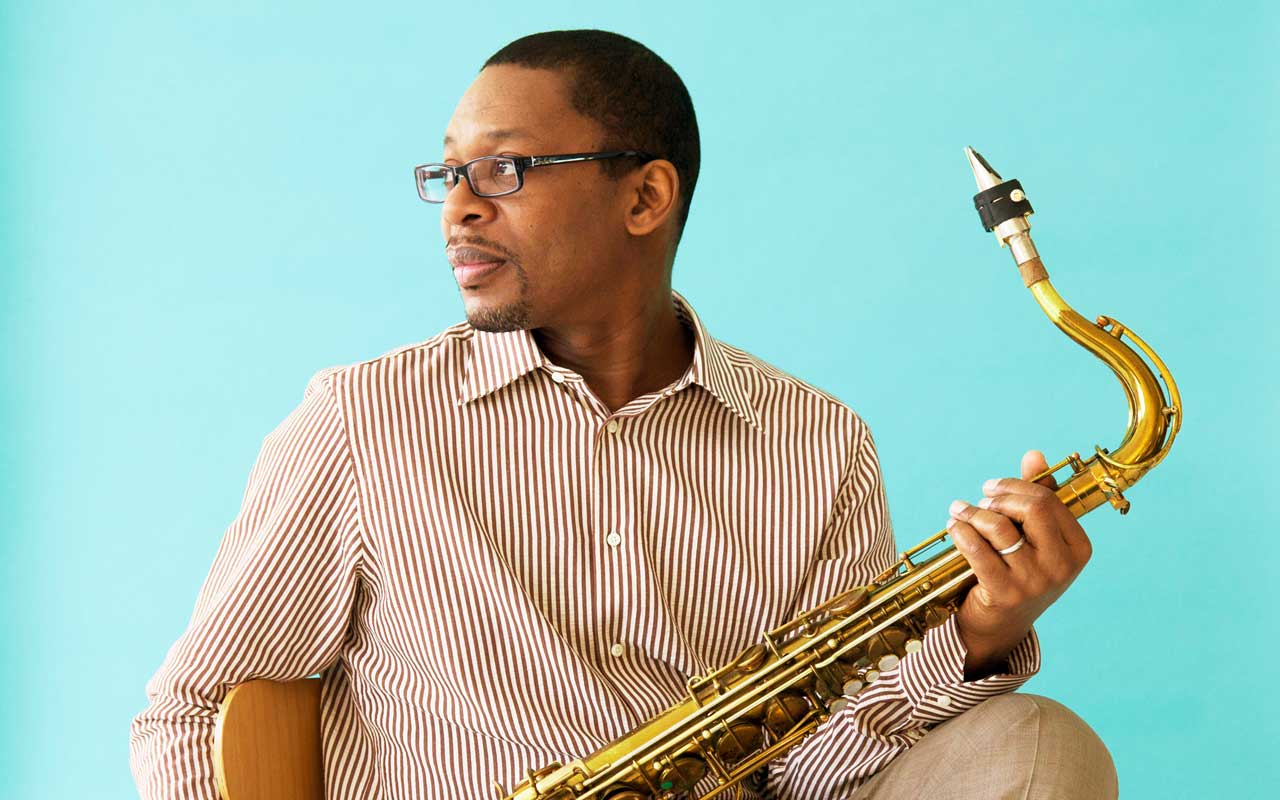 From Birdland in New York City, and in the spirit of John and Alice Coltrane, their celebrated saxophonist son leads a riveting quartet that features Brandee Younger, a harpist inspired by Alice Coltrane, bassist Rashaan Carter, and drummer Allan Mednard. (Also appearing on November 8.) $10–25

Saxophonist Ravi Coltrane comes to the 2020 Earshot Jazz Festival via Birdland in New York City, perform­ing with a quartet much in the spirit of his parents, John and Alice Coltrane.

As a child, young Ravi was shy, and played clarinet in school band, eventually lean­ing towards photography rather than music. Ear­lier, upon his father’s death when he was just two years old, his mother had moved the family to Los Ange­les, where she established herself as a musical force of her own. Featured on piano, and as a pioneering spirit of the harp, she took the flame she had nurtured together with her legend­ary husband, and moved forward. Eventually, a re-inspired Ravi began to play saxophone in high school, de­spite the suffocating scrutiny he was likely to face as the son of an iconic master like his father.

As a professional, Ravi appeared on over thirty albums before releasing his first album, Moving Pictures (RCA, 1997), an effort produced by saxo­phonist Steve Coleman. Coleman was a major influence in the developing style of the young Coltrane. Along the way, Ravi worked with major artists such as Geri Allen and Herbie Han­cock. Most notably, he performed with pianist McCoy Tyner and saxophonist Pharoah Sanders, both of whom were major players in his father’s career. Over the past thirty years, he has de­veloped a personal sound that is musi­cally very independent of his father’s, but with the same spirit of adventure and introspection that nurtured the musical identity of both his parents.

That same spirit resides in his current quartet, which features eclectic harp­ist Brandee Younger. While engaging the stylistic lineage of Alice Coltrane and Dorothy Ashby, she is noted for her work with drummer/producer Makaya McCraven. Younger’s most recent release as a leader, Soul Awak­ening (Self-Produced, 2019), features Coltrane on saxophone. In this quar­tet setting, Younger replaces the pia­nist’s role—comping with beautiful harmonic voicings, and soloing utiliz­ing bold single tones, and dynamic, cascading runs. She has abundant fa­miliarity with bassist Rashaan Carter, who brings a dynamic all his own to the proceedings.

Ravi Coltrane will never fully escape the shadow of his parents, but he continues to create his own legacy, embraced by the love and music they endowed him. This current incarnation of his quartet, is perhaps the perfect instrument to fully express his familial pride and the freedom it allows him.

The Ravi Coltrane Quartet’s perfor­mance will be streamed twice in the fes­tival—on Friday, October 16 and Sun­day, November 8; both at 7pm. Tickets sold separately.

These are challenging times for artists, please give them your support: https://ravicoltrane.com/