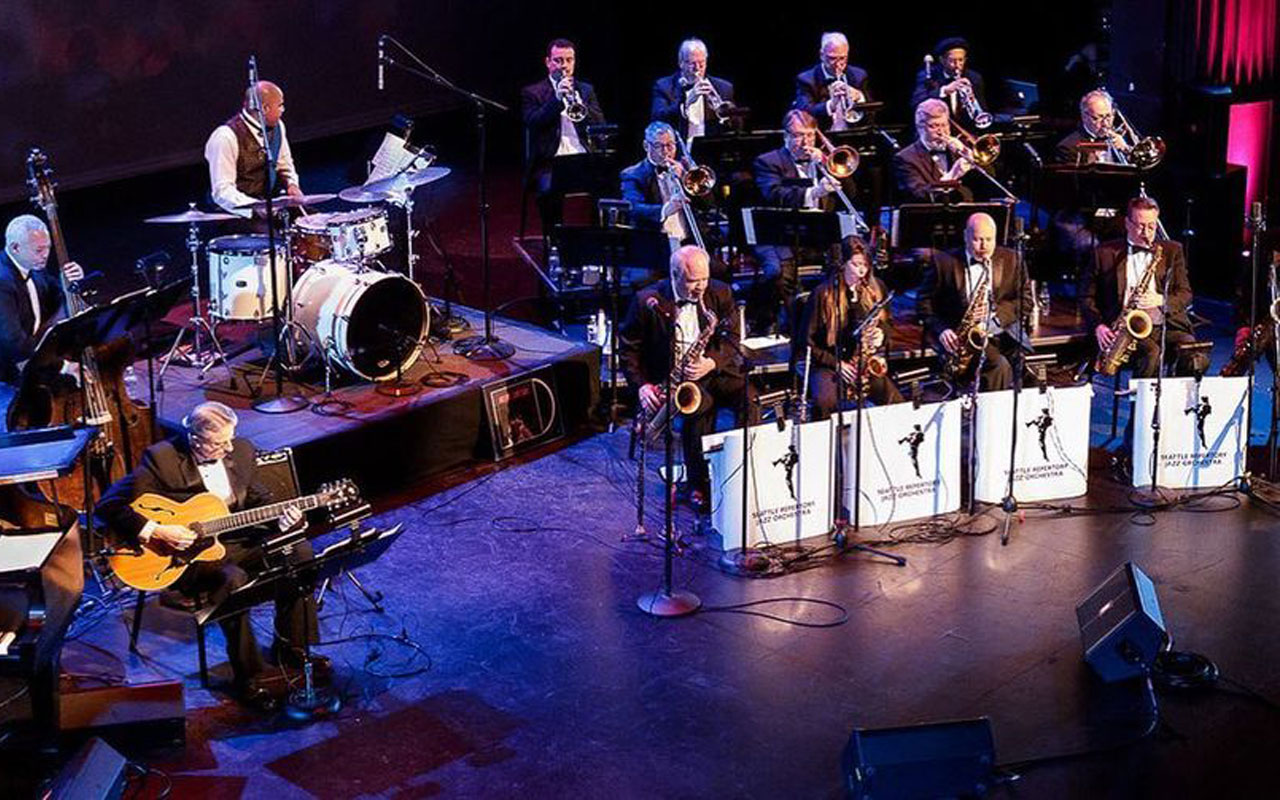 The all-star big band performs a 1935 work that Duke Ellington composed in honor or his mother, who had just died. To recreate Ellington’s highly ambitious piece, SRJO co-artistic director Michael Brockman draws on an unpublished score from the original 1935 recording. SRJO also performs other classics from Ellington and his peers, joined by award-winning vocalist and audience favorite Jacqueline Tabor.

Ellington composed “Reminiscing in Tempo” during the summer of 1935 as a heart-felt response to the death of his beloved mother, Daisy Ellington, in May of that year. The piece was a breakthrough work for Ellington and is often regarded as the most ambitious jazz composition to be created up to that time, requiring all four sides of two 78-rpm records. SRJO’s performance of Reminiscing is made possible by SRJO co-artistic director Michael Brockman’s careful note-for-note transcription of the unpublished Ellington score from the original 1935 vintage recording. Other jazz classics from Ellington and his peers will also be featured and award-winning vocalist Jacqueline Tabor joins us as well, performing some great hits from this golden era of jazz.

*SRJO COVID-19 policy: Depending on the policies set by the concert halls in the coming months, in-person ticketholders may be required to show proof of vaccination or negative COVID test and be masked during performances regardless of vaccination status. Before attending a concert, please review SRJO’s COVID safety policy at srjo.org/covid-safety.