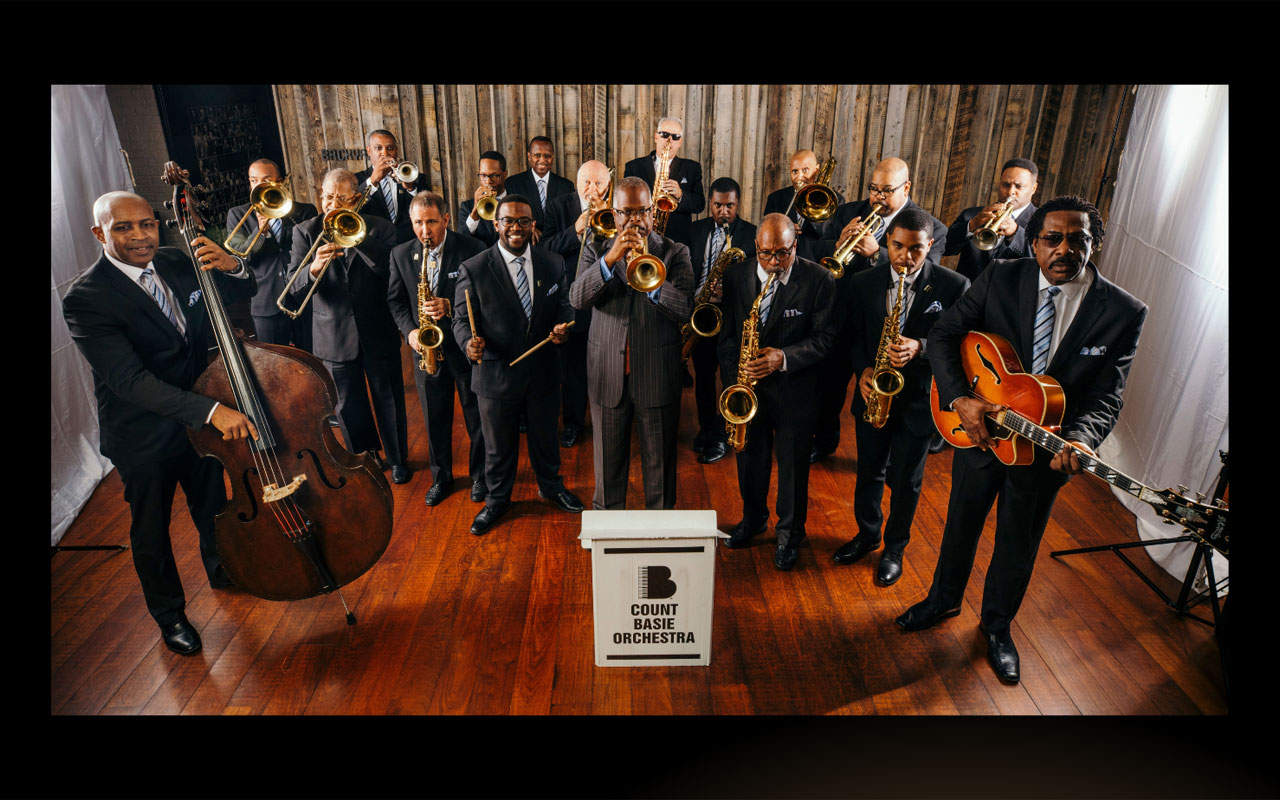 The Count Basie Orchestra, bears the distinction of being the only jazz orchestra still successfully performing 30 years after its founder’s passing. Begun by the legendary pianist and bandleader William James “Count” Basie, the orchestra continues to be an American institution that personifies the grandeur and excellence of jazz.

Directed today by Scotty Barnhart, The Count Basie Orchestra, has won every respected jazz poll in the world at least once, won 18 Grammy Awards, performed for royalty, appeared in several movies, television shows, at every major jazz festival and major concert hall in the world. The latest honors are the 2018 DownBeat Readers Poll Award as the #1 Jazz Orchestra in the world, and a Grammy Nomination for their 2018 acclaimed recording, All About That Basie, which features special guests Stevie Wonder, Jon Faddis, Take 6, and Kurt Elling among others.

While many other members have been around for more than 15 years, the orchestra has also welcomed a slew of young performers including bassist Trevor Ware, trumpeters Brandon Lee and returning member, Shawn Edmonds, and new lead trumpeter Frank Greene III, pianist Glen Pearson and Robert Boone on drums, Joshua Lee on baritone saxophone and Markus Howell on alto saxophone. This great 18-member orchestra is still continuing the excellent history started by Basie of stomping and shouting the blues, as well as refining those musical particulars that allow for the deepest and most moving of swing.

The Count Basie Orchestra photo courtesy of the orchestra.