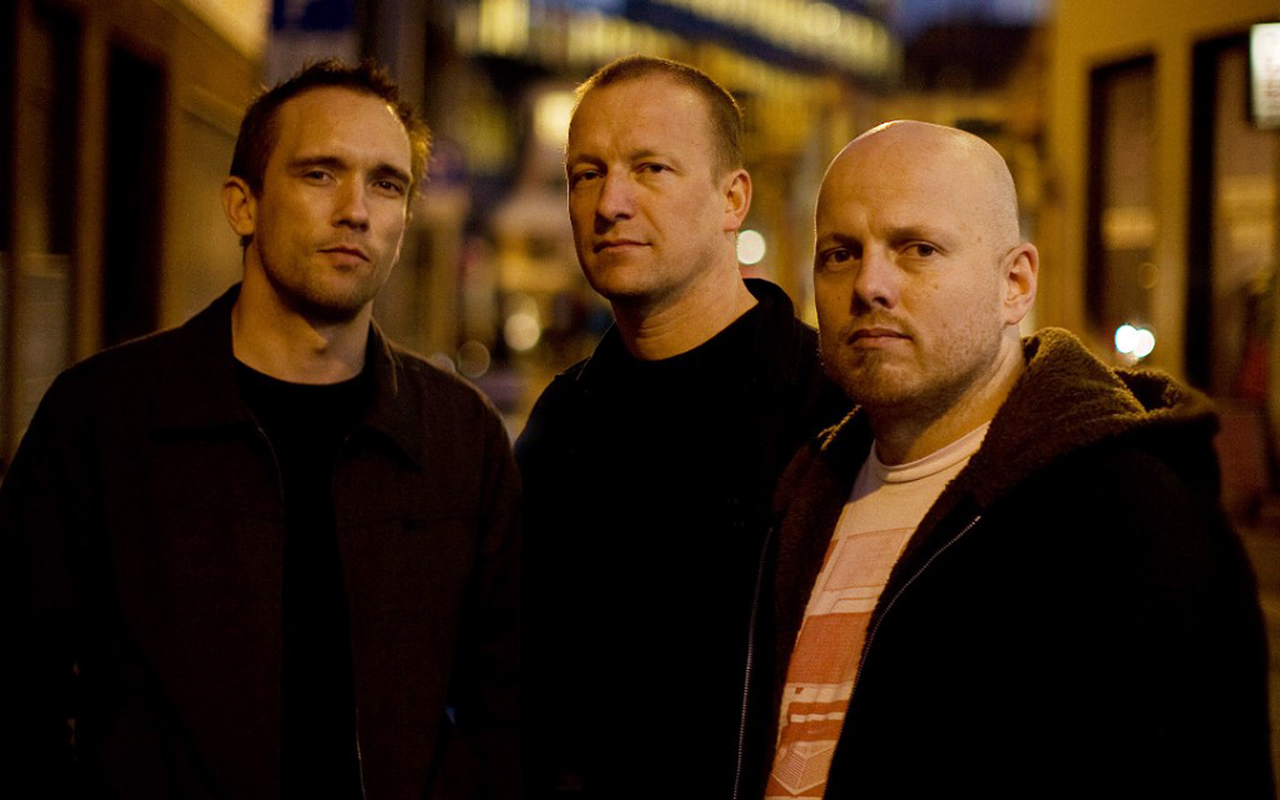 The Thing is the real thing, built by three towering figures in European jazz — in fact, in jazz and its progeny, anywhere: Mats Gustafsson plays multiple saxophones with live electronics; Ingebrigt Håker Flaten in on bass; and Paal Nilssen-Love is on drums of a torrential variety.

The “Scandinavian garage jazz punk” trio — “the sonic equivalent of the Hulk doing battle with Godzilla,” according to The Quietus — formed in 1999 as a Don Cherry recording project, but soon emerged as one of the most important European jazz groups, playing a variety of compositions, ranging from free jazz to the noisiest of musical invention. Gustafsson and co. took material not only from jazz innovators like Albert Ayler and Steve Lacy, but also from independent thinkers from other corners of musical free-thinking, like PJ Harvey, The White Stripes, The Stooges, Lightning Bolt, and The Ex, and they developed their sound in startling trio performances as well as in collaborations with the likes of Peter Brötzmann, Sonic Youth, David Grubbs, Pat Metheny, Arto Lindsay, Merzbow, Christian Marclay, and Neneh Cherry. We’ll hear them in all their pared, three-piece glory. “The sheer power they generate from wood, metal, breath and muscle is stunning,” gasped the BBC. And was correct.

Playing first is Cortex, a leading Norwegian quartet of Thomas Johansson (trumpet), Kristoffer Berre Alberts (sax), Ola Høyer (bass), and  Gard Nilssen (drums), whose “avant-garde party music” has been praised for what critics have described as the sleek, muscular propulsion of its agile and robust high-velocity improvisations and tight ensemble playing. Terje Mosnes described the quartet on Jazzinorge as “original, organic changes between striking, almost naive melodics and super complex, but yet completely logical abstractions.” You can hear that for yourself on their Soundcloud page — or, better yet, at this Earshot Spring Series show.