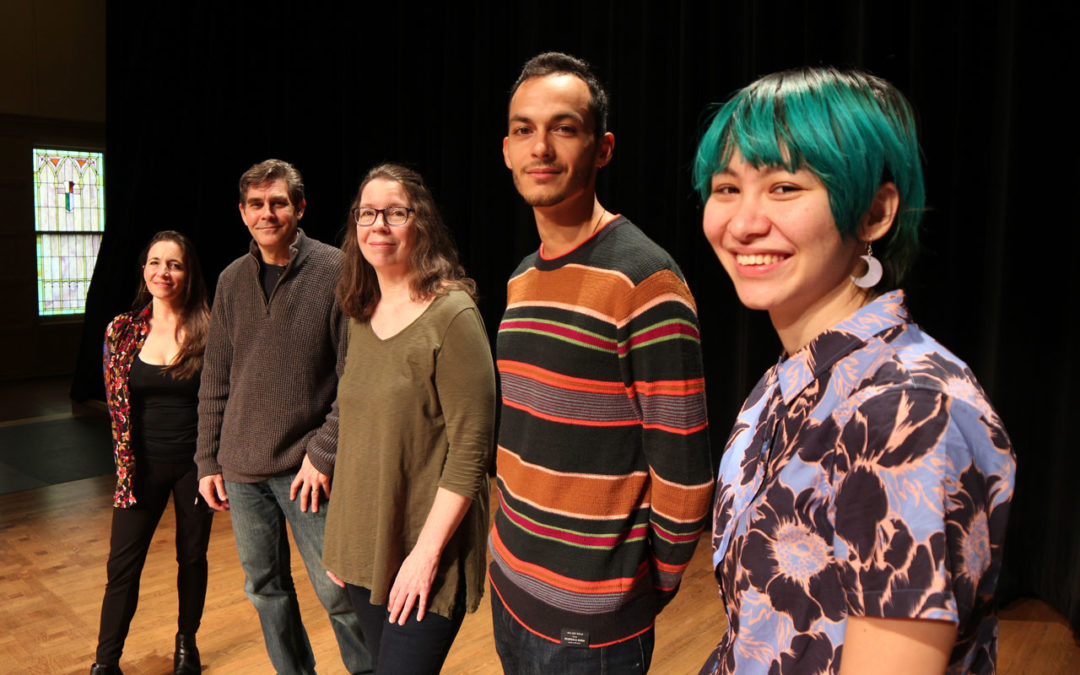 Nonsequitur, the 501(c)(3) non-profit dedicated to the presentation of experimental music, has announced a new artist-led series, Nonseq (formerly known as SOUNDbox), that features four significant voices on the Seattle music scene. Pianist Marina Albero, polymath/writer and Seattle Star founder Omar Willey, guitarist Carlos Snaider, and flautist Leanna Keith will curate the twelve-concert series. Once a month, these prominent Seattle voices will lend their collective knowledge to events that will feature Nonsequitur’s commitment to spontaneous creation and innovative process. Each curator will contribute three concerts over the course of the year, filling the organization’s 2022 calendar with monthly performances.

Curators were selected by the organization’s board of directors, responding to an idea that grew out of a conversation between Nonsequitur co-founder Steve Peters and Snaider, concerning what experimental music actually encompasses. The result of that chat produced the idea of four dynamically different viewpoints, curated, but not performed by, four disparate voices united in the commonality of sonic innovation.

Board member Heather Bentley, a classically trained violist and stalwart on the Seattle improvised music scene, notes that while artists are accustomed to creating their own music for an ambitious program such as Nonseq, they seldom are given the task of simply curating events to reflect their creative spirit. “All four of the curators are wonderful performers/creators, but it takes a special person to want to bring others in, “ she cites with a hint of admiration. “Essentially, we’re creating a larger vessel.”

Bentley, whose transition into the improvised arts came from studies with Turtle Island Quartet founder David Balakrishnan, has a keen sense of the connective tissue between the experimental music she is engaged in and modern jazz. When her interest in jazz and improvisation was first sparked, she took the logical step of approaching the improvised arts through the classical aperture she had already engaged. Whether labeled as experimental, avant-garde, or improvised music, the approach is founded more in the European musical tradition, rather than the blues-based American art form created by African Americans. The differences between the two are united in spirit, begging the question of what is actually collectively shared between the two. What is found in the music curated for Nonseq that the Seattle jazz audience will find as common language? What is there within the twelve performances that will inspire the more traditional jazz audience to attend, and thus explore what Nonseq has to offer?

While there is some aspect of structure to the music presented throughout the series, the architecture allows for imaginative, often sonic variation. “Improvisation being the key component to jazz, the magic is things can ignite in a moment you’re just never going to experience again. All of the music being programmed has an element of improvisation in it,” says Bentley, alluding to the jazz connection. Indeed, it is the connective tissue that will unite the series to a more typical jazz audience and invite participation.

Albero’s curation of Tristan Gianola’s Millennial Sunset, last month, is emblematic of the series mission. Written for electric string quartet, with electric guitar and narration, the piece was written in response to climate change and what the concept of “the future” is for a member of his generation. Those who recall Gianola from his tenure here in Seattle will be aware of his proclivity to spontaneously compose on electric guitar. It is a phenomenon being pondered in the present, with the unknown lurking in the immediate future, the perfect launch position for spontaneous composition.

The March concerts will feature Elisa Thorn on March 18 and The Force of Listening #3 – Spätzer + wiley soule on March 24. Remaining artists and dates are in the confirmation process. For more information on the Nonseq series and Nonsequitur visit nseq.org.