Seattle on the Spot: The Photographs of Al Smith 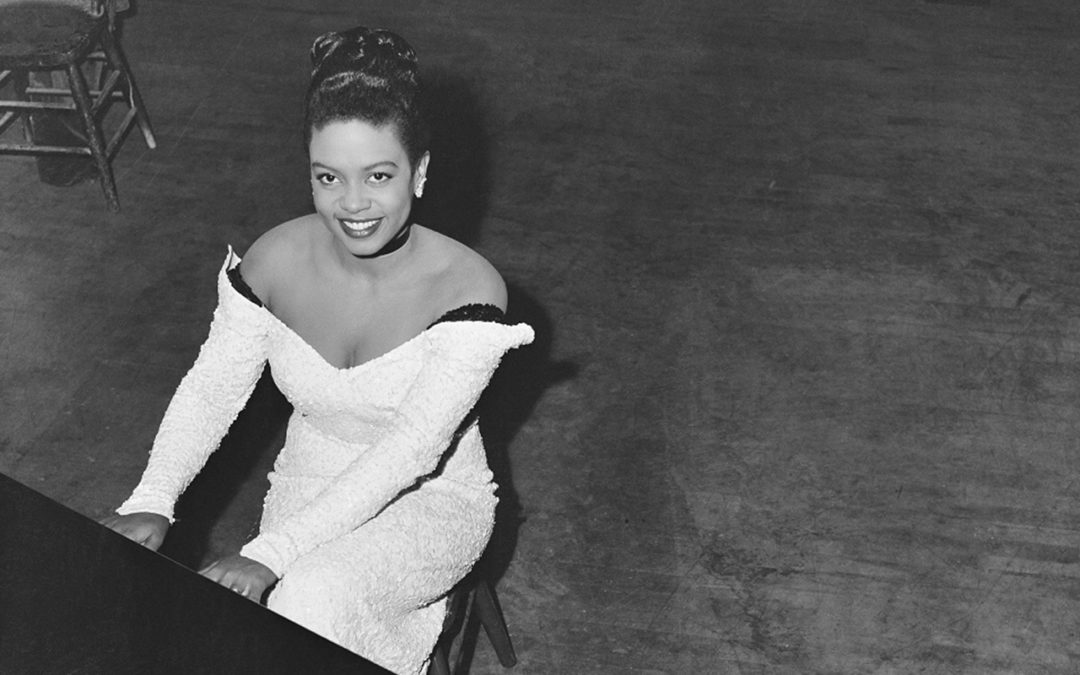 Music creates community—the fans, the frenzy, the fountain of youth. Today, concert audiences hold phones aloft to capture and post their favorite events. But bands were just as wild and crowds were just as enthusiastic 70 years ago, even though cameras at concerts were rare.

Fans of Seattle music history can thank photographer Al Smith (1916–2008) for focusing his solo lens on the thriving scene on Jackson Street during the surge of African-American migration here during the 1940s. Rebuilding the Pacific Fleet after Pearl Harbor and riveting together the Air Force bombers for Boeing made Seattle a boom town. Smith’s camera came out at night, when soldiers and solderers mingled at clubs and concerts.

While these images remain silent, they are so exuberant that your ears might tingle: vibraphonist Lionel Hampton at the apex of a downstage leap to end a song, bassist Oscar Pettiford onstage chugging from a whiskey bottle behind his boss Duke Ellington, and Dizzy Gillespie leaning back on one foot and aiming his trumpet skyward.

So how did Smith get on stage with these famous artists? Besides his friendly reputation, a golden ticket was his camera. At Warshal’s on First Avenue, Smith had upgraded his German Ikoflex to a Graflex 4×5 Speed Graphic, the standard for press photographers. When stage door security saw his large camera, they just assumed he was working for a newspaper, let him pass and shoot whatever he wanted, no permission required. And the gift he gives us from his unique vantage beside or behind the performer is the bigger picture—not only the music makers in full flight, but the closeness of the crowd, standing shoulder to shoulder, enthusiastic, enthralled, enraptured. Smith’s images capture the symbiosis between entertainers and the entertained.

But the Speed Graphic was actually a slow camera to operate, forcing photographers to deftly anticipate action for proper timing of the shutter. That Smith’s photographs are so lively is a testament to his brilliant sense of timing. And timing is everything in jazz. It is what the Ancient Greeks called “Kairos”—the moment of optimum opportunity for action. Smith’s photos capture punchlines—the millisecond when everyone erupts.

Like every skilled artist, Smith makes the effect look easier than the effort. The Speed Graphic, which he used at concerts, only had two sheets of film in each wooden holder. Smith had about 25 of these holders. The preparation for each shot required several slow mechanical steps. The Ikoflex, which he used in clubs, had 12 exposures per roll—but imagine framing a shot through a view finder in a dark and smoky room! And between each shot, Smith swapped a sizzling hot bulb with a fresh flash.

Smith was born in his parent’s apartment, upstairs from a grocery at the corner of Fifth and Jefferson. He attended Immaculate Conception Grade School. Smith was given a Kodak Brownie camera, a Hawkeye, when he was 12, and was rarely seen without a camera around his neck ever again. During the Depression, Smith’s father left for Asia to work in the Merchant Marine. Meanwhile, Smith became the first African American to attend O’Dea High School, with tuition paid by a close family friend. After graduation, he also joined the Merchant Marine and crossed paths with his father once on the Yangtze River in China.

Returning to Seattle in 1941, he settled down, married and started a family. He found work in the Bremerton naval shipyards. But on the side, he ran On the Spot, a photography service at nightclubs and concerts that sold prints for 50 cents.

“I made a little money, but mostly I got to spend a little more on my hobby,” Smith once told Howard Giske, curator of photography at the Museum of History & Industry. “And I loved the music!”

After the war, he joined the Kohga Photography Society, welcomed as the only non-Asian member. In the 1950s, he began a 30-year career as a mail carrier.

A few of Smith’s photographs have been on the walls of Starbucks at 23rd and Jackson and the Northwest African American Museum, but many more highlights from Smith’s 40,000 image collection are now on display at the Museum of History & Industry (MOHAI) until June. The exhibit’s collection is compiled in an accompanying catalog, Seattle On the Spot: The Photographs of Al Smith.

Smith turned his camera away from music and toward the wider community after the 1940s. Seattle photographers following Smith’s focus on jazz include Dave Coleman and Egill Gustafson in the 1960s, the recently deceased Ron Hudson, and contemporary artists Daniel Sheehan, Bruce Moore, and Jim Levitt today. Smith’s photography reminds us how long jazz has been a vibrant part of the music scene in Seattle.

Seattle on the Spot: The Photographs of Al Smith exhibit runs now through June 17, 2018, at the Museum of History & Industry. Visit mohai.org/exhibit/seattle-on-the-spot for tickets and more information.

← A Royal Room of Sound Hans Teuber: In a Humble & Generous Way →