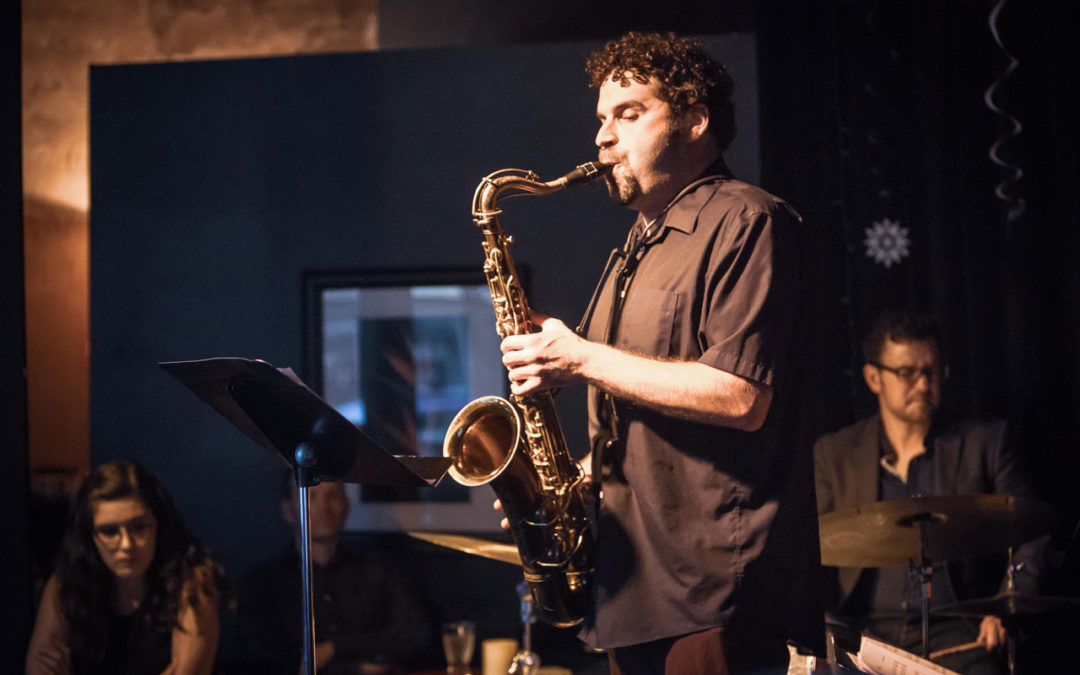 Over the past three years, the voice of Seattle-based saxophonist/composer Steve Treseler has been heard loud and clear not only in Seattle, but on an international scale. His critically acclaimed collaboration with trumpeter Ingrid Jensen, Invisible Sounds: For Kenny Wheeler was named one of DownBeat’s Best Albums of 2019.

Treseler is back with a new EP, this time featuring his original compositions and those of Denver-based pianist, Annie Booth. Entitled Snow Line Suite, the piece is a sound portrait of the mountain ranges of the North American west. Imagined in a variety of soundscapes, grooves, and melodies, the music unravels like an epic poem, with Treseler’s distinctly personal tenor interspersed with rich harmony and percussive accents.

The EP features a suite written in six movements, with the addition of a separate piece by Booth. It evokes the majesty of the Cascade Range Treseler experienced growing up in the Pacific Northwest, as well as the spectacular heights of the Continental Divide.

“I’m thrilled to present local musicians with the artistry to interpret the straightahead and experimental elements of this music,” says Treseler. Kramlich can best be described as a stylist, a melody-based soloist with a composer’s ear. The 23-year-old Ruvinov is new to the scene, frequently seen at sessions around town displaying his solid, groove-based approach. Campbell is a highly impactful presence in the Seattle jazz community, both as a performing artist and educator. He is seemingly the perfect fit for this project, with his work on the drum kit accented with the use of bowls, bells, gongs, and pipes. His sound has always been somewhat visual in nature, in this case conjuring images of rushing water, high mountain peaks, and birdsongs in the wind.

“Greg contributed ethereal metallic percussion on the Snow Line Suite studio recording. He will be doing double duty on this gig, playing drum set along with his arsenal of eclectic percussion,” says Treseler. Traversing the peaks and valleys of this career-defining music on his home turf at the Royal Room promises to bring out the best in Treseler, both as an emerging composer and firebrand of the tenor saxophone.

Tickets and information available at earshot.org