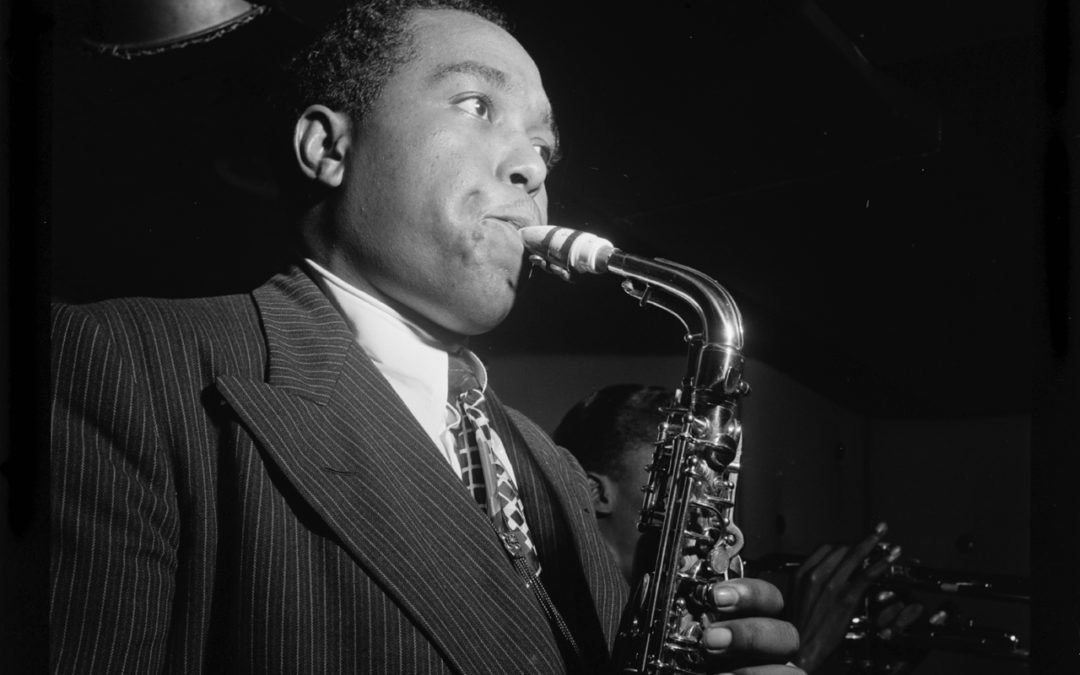 It’s hard to overestimate the impor­tance of Charlie “Bird” Parker, the co-inventor of bebop whose extravagant skill as a composer and alto-saxophon­ist shaped the very soul of jazz to come. As Miles Davis once stated: “You can tell the history of jazz in four words: Louis Armstrong, Charlie Parker.”

One hundred years after his birth, the Seattle Opera presents Charlie Parker’s Yardbird, a one-act opera written by composer/saxophonist Daniel Schny­der and poet/playwright Bridgette Wimberly. The opera follows Kansas-born Parker, who, stuck in limbo after his death, returns to the famous New York club Birdland (named in his hon­or) to compose a final masterpiece.

On February 24th, presented in as­sociation with the Seattle Opera and KNKX, the Royal Room will prove that Bird lives through the next cen­tury with a night of tributes and origi­nal music.

The night will explore different fac­ets of Parker’s life and work. Soprano Angela Brown, who plays Parker’s mother Addie in Yardbird, will bring the opera’s drama back to the club by performing a short spoken-word piece “Discography,” written by Wimberly, the opera’s librettist for vocals and small jazz ensemble.

Despite Parker’s tragic death in 1955 after a heroin overdose, he had already triumphed with his music. Besides his recorded work, often imitated but seldom duplicated, his compositions have since become classics, and will be featured by a quartet led by drummer D’Vonne Lewis (last year’s Golden Ear instrumentalist of the year), featuring Stuart MacDonald (sax), Tim Kenne­dy (piano), and Michael Glynn (bass).

Himself drawing deeply from the classical tradition, Parker was enam­ored of then-down-and-out Varèse, whose bombastic rhythm-centered compositions formed the beginnings of modern electronic music. Accord­ing to legend, Parker followed the composer through Greenwich Vil­lage, begging the composer for lessons in composition. Though they ended up meeting at the composer’s apart­ment—188 Sullivan Street—Parker died in 1955 after Varèse left for Paris to begin his early work for orchestra and tape, Déserts.

Though Horvitz doubts the two mu­sicians wouldn’t have gone further than mutual admiration if Bird had lived longer, he does point out thatVarèse later became involved in jam-sessions with musicians like Charles Mingus and Hal Overton.

“The cross-pollination of ideas and aesthetics is impossible to avoid, and we’d be poor human beings if we tried,” Horvitz explains of the affini­ties between the modes of classical and jazz music. Earle Brown, another com­poser of that era influenced by New York’s crossing currents, was featured by SMO in last fall’s Earshot Jazz Fes­tival, in addition to George Lewis, Tyshawn Sorey, and Horvitz.

“James Falzone with be the featured improvising soloist, but the other mu­sicians will be making contributions as well, improvising within certain parameters and within the constructs of ‘conduction.’” Horvitz said of the piece, which features himself (elec­tronics), Falzone (clarinet), Bonnie Whiting (percussion), and Cristina Valdés (piano). Conduction refers to the conducting of an improvised en­semble, often with a different set of signals than standard classical conducting.

Conductor Julia Tai emphasizes im­provisation as a characteristic of jazz that has returned into contemporary classical music. “My role as a conduc­tor is to understand and shape the piece, while giving musicians enough space to come up with their own ma­terial,” she explains, reveling in the music of the moment. “It’s going to be really fun, and it’ll be different every time!

Visit theroyalroomseattle.com for tickets and information.