Earshot Jazz: Invitation to a Conversation on Race, The Protest, and The Music 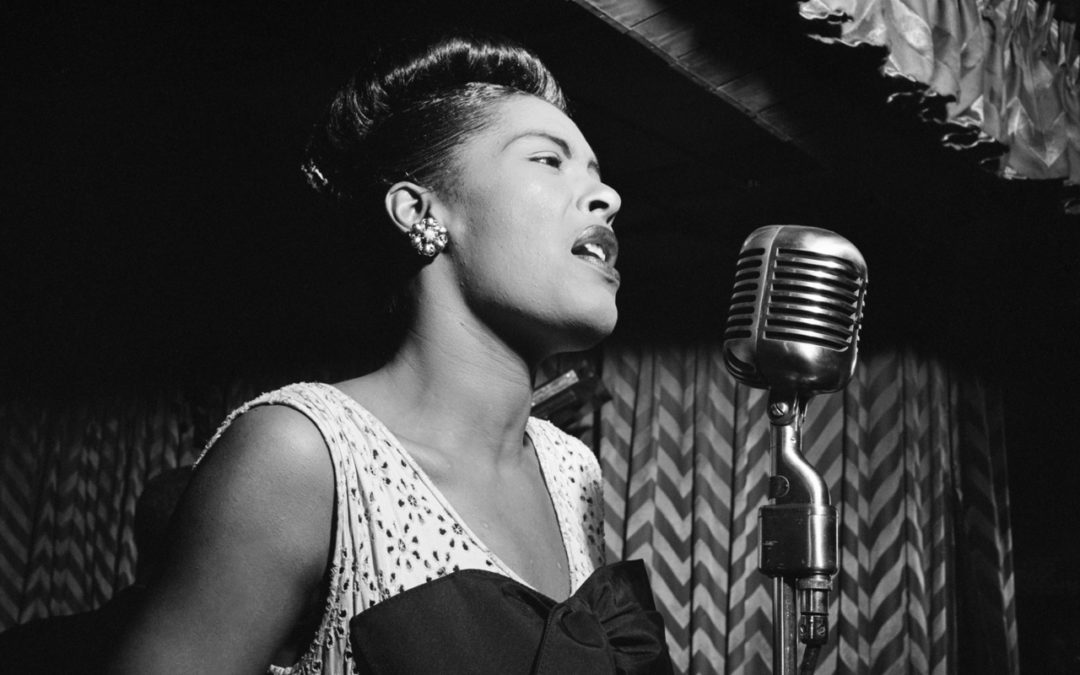 A unique and globally renowned cultural non-profit agency promoting Jazz was born in Seattle in 1984. Paul de Barros, Gary Bannister, and Allen Youngblood were the three visionaries who birthed it. The first Earshot Jazz Festival hit the ground in 1989 and it’s been running and growing annually ever since. If Earshot Jazz were a grand oak tree, I would point out its creative branches. Diverse presentations of The Music through a spring series, education workshops and internships, artists in residence, film showings, and the annual Golden Ear Awards, are only the main menu that Earshot has offered the city and surrounding regions for over three decades.

Every big city has a Jazz legacy and/ or neighborhood that once stirred and swung with The Music, which is our greatest gift to the world. Only three cities across the 50 states have populations in the range of 700,000 to 750,000. Washington DC, Denver, and Seattle. Of the three cities, Seattle has the smallest percentage of African American citizens. No other city of this caliber and growth has a jazz non-profit as persistently successful, globally respected, and renowned with under 10% Black Folks living within its borders. This makes for a unique set of circumstances when it comes to NOW—The Protest growing like a wildflower across the nation. A strange situation to discuss what must be discussed: Race. Why?

Politics aside (if that is possible), I must add another fact to Seattle’s— yes, a big ‘white’ city—unusual relationship to Race in The Music. There is an annual high school jazz band national competition in NYC. No state of the 50 has taken home as many awards/trophies as Seattle high schools have and continue to do. Garfield and Roosevelt High School jazz programs have grand reputations in the world of education in The Music.

Meanwhile, the imbalance of cost of living versus wages, the health system, education costs, poisoning of the environment, coal/oil industry woes, and—most urgently—the behavior of genocide against people of color, especially Black Folks, has finally been rubbed altogether to start a fire that many of us (60s ‘radicals’ whose principles never melted like butter) saw coming—we just didn’t know when; and had no way of perceiving the power that network/cable tv and social media would have. And one more new ingredient—the most overt racist, fascist president since (the 1st) Reconstruction. Did we mention the global mystery of a deadly virus crisis?

So, Seattle, let’s get the easy questions out of the way before we talk.

Whose music is The Music? ALL of us! Who are the creators and what was the social/economic scene those innovators had to survive, especially women? Why do we not teach the stories/contributions of these geniuses in elementary school? Beethoven and Mozart are not alien names to our youth. Lil Hardin and Lester Young are generally unknown in their own country. I could list how many major movie productions have been made of white men who fell in the category of Jazz compared to how few movies have been made of African American leaders in the music. I once sat in a community meeting of Earshot and musicians where my mention of “cultural conspiracy” was laughed at by a musician who is also a university professor in Seattle. Let’s see: Al Jolson/ The Jazz Singer (1st sound film epic), Benny Goodman, Gene Kruper, Red Nichols, Glenn Miller, (not only Jazz:) Hank Williams, Chopin, Mozart, and others compared to no major movie productions on Duke Ellington, Count Basie, the father of the Charleston—James P. Johnson—Mary Lou Williams, Art Tatum, Ethel Waters, or John Coltrane. What few bio movies that have been made have been recent offerings: Clint Eastwood’s Bird and a few excellent documentaries. (Miles or Lady Day at Emerson’s Bar and Grill were tragic affairs if we are talking bios even close to accuracy to any degree— if anything, they perpetuated madness, violence/abuse, and drug addicts, mostly). The film Round Midnight (Dexter Gordon Oscar-nominated for lead role) and the HBO film Bessie are the only movies of two essential characters in the shaping of the art form I embrace with integrity.

As we enjoy our music heroes and debate our love for The Music—do we not take for granted not only the sacrifice and mere dues any artist in this America pays (for there is no even playing field in any art form in this America—only the co-dependency on the corporate world, which nurtures elitism and fascism), but the matchless suffering Black artists face at the hands of racism? Do we even stop to think how the humiliation of dealing with Jim Crow and exploitative excesses of capitalism have yet to stop the creativity of Black Folks, which gives this country its original dance and song-form (The Blues), and language, and fashion!

Lady Day joined Artie Shaw for better secure pay and artistic experience, but the humiliation she faced in South and North made her quit that band. Did anyone care by the time Lester Young passed in the 50s? When Charlie Parker passed in the 50s? When Lady Day was arrested at her death bed and died in 1959? Point? Maybe Judy Garland died in destitution, but I gather Doris Day, Rosemary Clooney, and Peggy Lee, left this earth welloff. Talent versus opportunity? Ella Fitzgerald (whose youth was a homeless one) and Sarah Vaughan were the only Black women artists of The Music’s original innovators to leave this earth with solid financial story.

Straight through the danger of Jim Crow, in the middle of the Civil Rights struggle, there was music vital to political and cultural justice despite the fact that it was rarely, barely heard. Max Roach’s We Insist!, Charlie Mingus’ “Fables of Faubus,” John Coltrane’s “Alabama” and Africa/Brass, Miles Davis’ Nefertiti, and Archie Shepp’s Attica Blues—recordings from the 50s through early 60s NEVER HEARD by the masses. Now we have at least three television networks (including Oprah’s) that broadcast ALL BLACK programs—but nothing of Jazz, what ACCM called The Great Black Music. Hell, even Steve Allen had jazz on his show, but that was early television and I think they forgot to be racist the first decade or so.

Now that we are all proud consumers of the abstraction of success, how do we relate this suppressed history to the syndrome of police state murders against Black People? A people who do not know (are not taught) their culture, their highest artists including jazz musicians, are simply qualified consumers at best whose spiritual persona has become addicted to, if not obsessed with, symbolism. A false cultural sense of right and wrong. Muhammed Ali had what, a 7th grade education? Yet he bravely pointed out (from his Nation of Islam teachings) that the “good guy wore the white hat…angel food cake is white and devil’s food cake is chocolate). Symbolism in Race is conspiracy. Selling wars against Black and brown folks’ lands is conspiracy. Supporting dictators who commit crimes against humanity is conspiracy. Accusing others of “election interference” while the CIA exists for interference (and murder if need be) is conspiracy. College student loan interest rates are conspiracy. Selling Soul records with white folks on the album cover but the Isley Brothers singing all songs on the recording was conspiracy.

All of this—combined with other crimes against humanity in the USA (violations of 1st amendment by present elected president and abuse of military function)—made for a rubbing of sticks now aflame in compassion in numbers in all races and ages across the country. Numbers that will hopefully keep the fire lit, because once more this America has a spiritual opportunity to save herself, morally, socially, and environmentally. IF we go as far as The Music already has in freedom! Meet in a middle moral ground to boycott the hell out of everything, everywhere while taking care of each other.

No healing until the wound thoroughly cleaned. In order to do that we have to look at what is still standing after the march and the cops’ cameras and the gas and the sticks. The brilliance, but lack of humility, to go all the way. All the way where? The answer in Seattle with relationship to Earshot Jazz is that it is a simple—and hopefully a gracious reality—that, of course, Earshot Jazz supports BLACK LIVES MATTER, because it has to or it wouldn’t exist. And not because it needs cosmetic change (We ain’t in Harlem!), but because national and international relationships in cultural support, and vision in a directorship of an agency such as Earshot Jazz is required. This NOW urgently means that a certain character of sensitive courage, honesty, grace, and selflessness, must ask the question in a fire that is burning right now: What are we willing to do? Go how far to dismantle the very foundation of our racist myths and most dangerous addiction: the obsession with competition to exist, gain, and profit for things which make us lose sight of the inner heart that The Music has been giving us ever since Fletcher Henderson’s band arrived at Roseland. What are we willing to give up? What are we willing to sacrifice? Between Wall street and the health crisis many things, including small businesses, will never be the same. We have a grand opportunity towards establishing harmony versus the falsehood of competition and its rewards—rewards that any storm or flood or flu can wipe out before the FCC or FDA or FBI or CIA or NRA or ICE turn this beautiful place into a nightmare of materialism, racism, murder, and sexism masquerading as The Dream MLK died for.