Play the Way You Feel: The Essential Guide to Jazz Stories on Film, by Kevin Whitehead 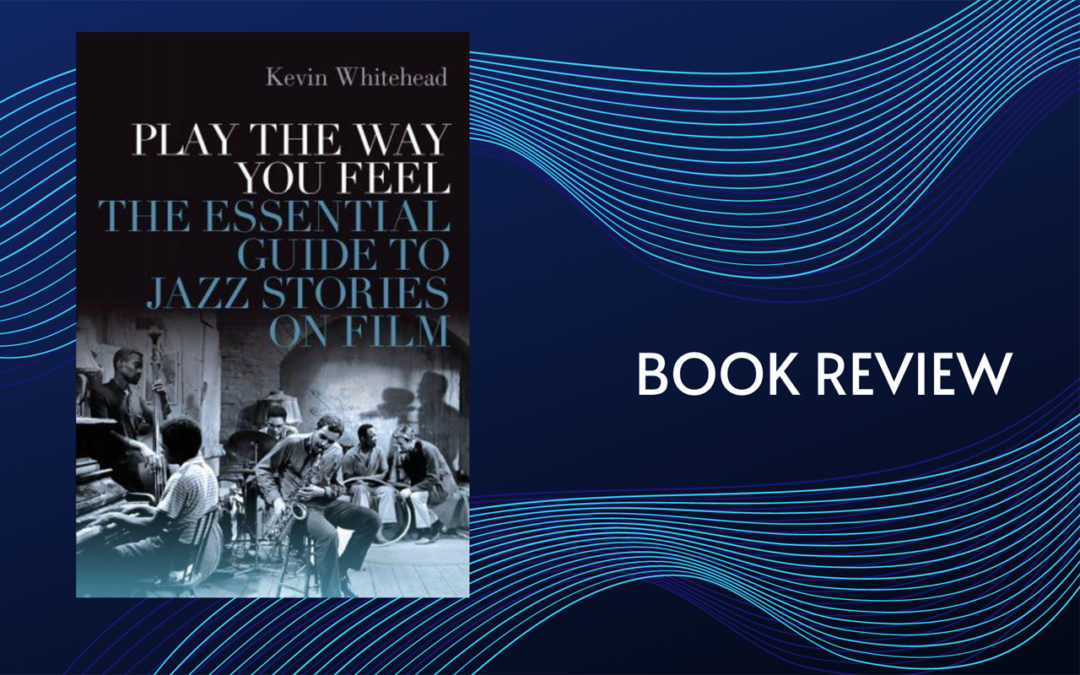 Play the Way You Feel: The Essential Guide to Jazz Stories on Film image courtesy of Oxford University Press.

If in these days of quarantine, if you find yourself dipping into more mov­ies and books than usual, jazz writer Kevin Whitehead (commentator for “Fresh Air,” author of New Dutch Swing) has a delightful strategy for combining those pandemic pastimes. In a brilliant, one-of-a-kind new book, Play the Way You Feel: The Essential Guide to Jazz Stories on Film, White­head surveys 93 years of films dealing with jazz, from The Jazz Singer (1927) to Bolden (2019), mining them for re­curring cultural tropes— or in some cases clichés—that illuminate how we think about the music and the culture that surrounds it. Here are movies about jazz as a young generation’s rebellion; a beleaguered underdog, playing second fiddle to Euro­pean music; an African-American creation, envied and/or stolen by whites; a formula for reconciling personal freedom with the needs of the group; a battle for authenticity in a shallow culture; and, per the volume’s title, a truth serum that demands from its practitioners that they “play the way you feel.”

A keen observer and penetrating, witty writer, Whitehead understands music and movies equally well—how Martin Scorsese’s New York, New York (1977), for example, is driven by “the tension between an improvisational aesthetic and showbiz gloss,” or how Clint Eastwood’s Bird (1988) “plays games with time in a way you can liken to bebop.” Unlike so many jazz fans, he isn’t upset when biopics like St Louis Blues or The Benny Goodman Story stretch the facts, unless of course if they are also boring.

Though it can serve as a handy book­shelf reference, Play the Way You Feel is not only a compendium of movie reviews—there are no grades; evalu­ations are implicit—but rather a fas­cinating cultural expedition with its own logical development. Still, you can usually tell if Whitehead likes a film. It’s a pleasure to hear him praise the shadowy, Seattle-based minor clas­sic, The Fabulous Baker Boys (1989) or explain why Robert Altman’s Kansas City (1996) failed. The Gig (1985), one of my favorites, gets some airtime, though Whitehead oddly downplays the role of race in it. On the other hand, he has a keen eye for two racial tropes that pop up in jazz films again and again: whites confirming legiti­macy on Black music by accepting it as high culture and Black musicians con­ferring legitimacy on white musicians by accepting them as authentic—or, as the title says, “playing the way they feel.”

But there is so much more to talk about. If you love movies and you love jazz, a real treat awaits you.

← For The Record Digital Community in Uncertain Times: Seattle’s Wayward in Limbo Series →