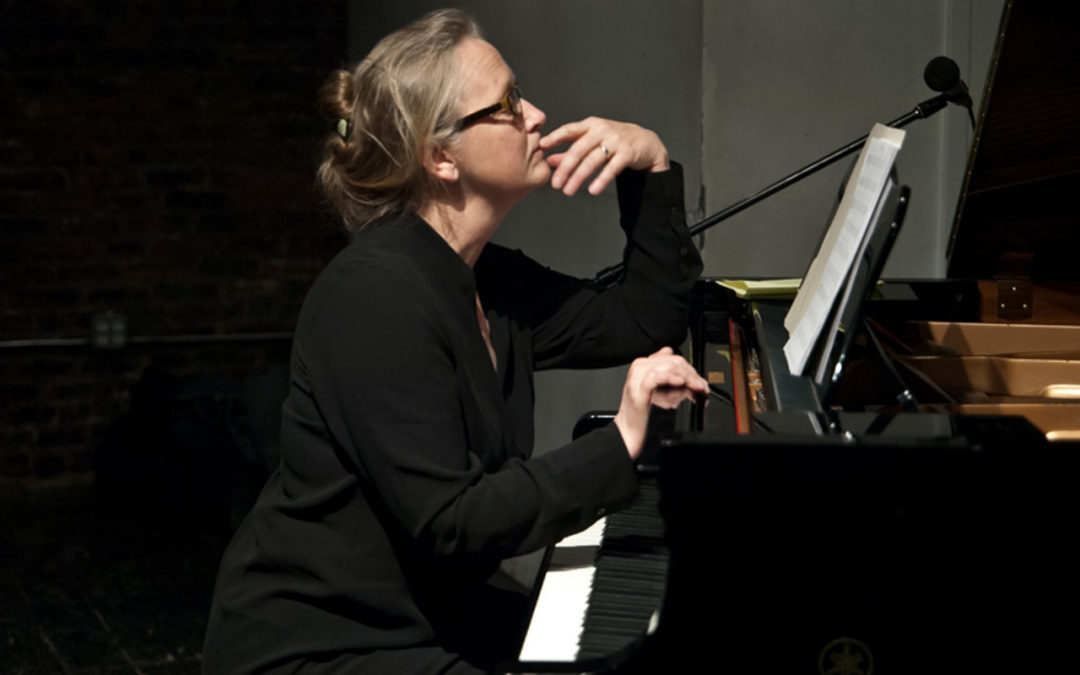 It’s hard to keep thinking of all this… this situation… as just a break from the normal, let alone an oppor­tunity for a “staycation.” But it is. The virus situation is going to end, and meanwhile the fine Rainier Valley venue, The Royal Room, which has done so much for the Seattle scene, is providing opportunities for us to help performers, and ourselves, to keep on keeping on until it does.

In lieu of in-person programming, The Royal Room is hosting its ongoing Staycation Online Festival. For now it’s a fine way, a perfectly fine way, to hear and view performances. The musicians play from the club, live. Working with the nonprofit South Hudson Music Project which supports The Royal Room’s presentation of music, the club has set up its live-streamed shows in accordance with all Washington State Department of Health guidelines.

That’s more than worthy of our pa­tronage—and the music is great. All events stream live from the Royal Room stage, and can be viewed on the Live Concerts Stream or the Royal Room Facebook page. (Simply to to the Royal Room website to jump onto the links.)

A “fusion spectacular” is a thrilling prospect even before you specify that these four aces will be lighting it up: Tarik Abouzied is a veteran drummer, and Earshot Golden Ear Awards Instrumentalist of the Year nominee, who has provided the drive for Happy Orchestra and McTuff, two of the happiest, toughest combos Seattle has seen.

From Abouzied you can expect mu­sic that “gets intricate, but never loses sight of the gritty, soulful truth inher­ent in a deep groove,” as has been said before in these pages.

His qualifications to launch a fusion spectacular include his participation in several projects. These include Pocket Change, a funk septet in the vein of Tower of Power; Hardcoretet, an ap­propriately named instrumental jazz quartet; McTuff, the light-it-up funk/ jazz Hammond organ trio; and Hap­py Orchestra, deservedly nominated by local jazz listeners for the Golden Ear Northwest Recording of the Year gong.

Saxophonist Jory Tindall has been pressing his claim on the local scene after studying with one of the region’s sax greats, Mark Taylor, and graduat­ing a decade ago from the nationally prominent Mountlake Terrace High School jazz program. There he took several soloist awards, including Most Outstanding Alto Saxophonist at the 2008 national Essentially Ellington competition. He went on to take simi­lar titles at the University of North­ern Colorado, including Downbeat Magazine’s Most Outstanding Un­dergraduate Saxophonist. While play­ing in Seattle with the Seattle Hard Bop Collective and other projects, he joined friends in starting the nonprofit Downbeat Academy, to pass it on to rising jazz players.

RL Heyer plays guitar in many kinds of bands, too many to list. But they include Cracker Factory, RL Heyer’s Sweet Action, and the Bob Curnow Big Band.

Similarly, bassist Damian Erskine is all over the scene. An adjunct profes­sor at Portland State University who regularly teaches in Shanghai, Bang­kok, and other world cities with Jazz Education Abroad, his list of musical collaborations is a mile long.

wo cherished Seattle-based pianist composers on the same bill. The pros­pect of hearing each play always is enticing. To hear them together is a guaranteed great treat.

They will perform improvised and composed music for solo piano, and piano with Holcomb’s voice.

Each is expansively distinctive, highly expressive, and hugely accomplished. They have made music together since they met in 1975 at UC Santa Cruz. On the so-called Downtown Scene in Manhattan, they collaborated with a who’s who of musicians from those circles: Bill Frisell, John Zorn, Bobby Previte, William Parker…

They have been in Seattle since 1990, always at the center of fertile musical growth in the city.

Horvitz’s accomplishments are many and varied. Among recent ones is his premiere of a concerto for the Seattle Symphony featuring guitarist Bill Frisell. If you’re on the Seattle jazz scene at all, you don’t need a detailing of all he has done – you’ll just log on and listen.

If Cooper-Moore is not the best known of piano innovators, it’s prob­ably because he has kept company with many of the edgiest, exploratory forward thinkers. That began when he was in Boston in the late 1960s and formed a band with tenor titan David S. Ware and drummer Marc Edwards.

Between then and now he has re­mained in that mode—often playing improvised instruments of his own design, he has performed and recorded with the likes of saxophonist Daniel Carter and William Parker’s In Order to Survive. Susie Ibarra, Darius Jones, more than a dozen albums under his own name… It’s a long list.

Cooper-Moore’s accomplishments were recognized in 2017 with a Life­time Achievement Award from the Vi­sion Festival in New York.

If you’re talking piano style, you go through Count Basie, who was as styl­ish as any, and Bud Powell, who was among the first of the great innovators in the expansions of the art form from the 1950s on.

That’s the history celebrated by KNKX radio in its series Piano Starts Here. This month, it’s offering a school­ing in the roots and emergence of swing with the music of Count Basie. But it’s also providing guidance on bebop and beyond, through the vir­tuoso “Charlie Parker of the Piano.” Channeling those titans, on the Royal Room’s Steinway B grand piano, will be Matt Williams, Casey MacGill, Jake Sele, Tim Kennedy, and Alex Guilbert.

← For The Record Festival Preview, Week 4 →