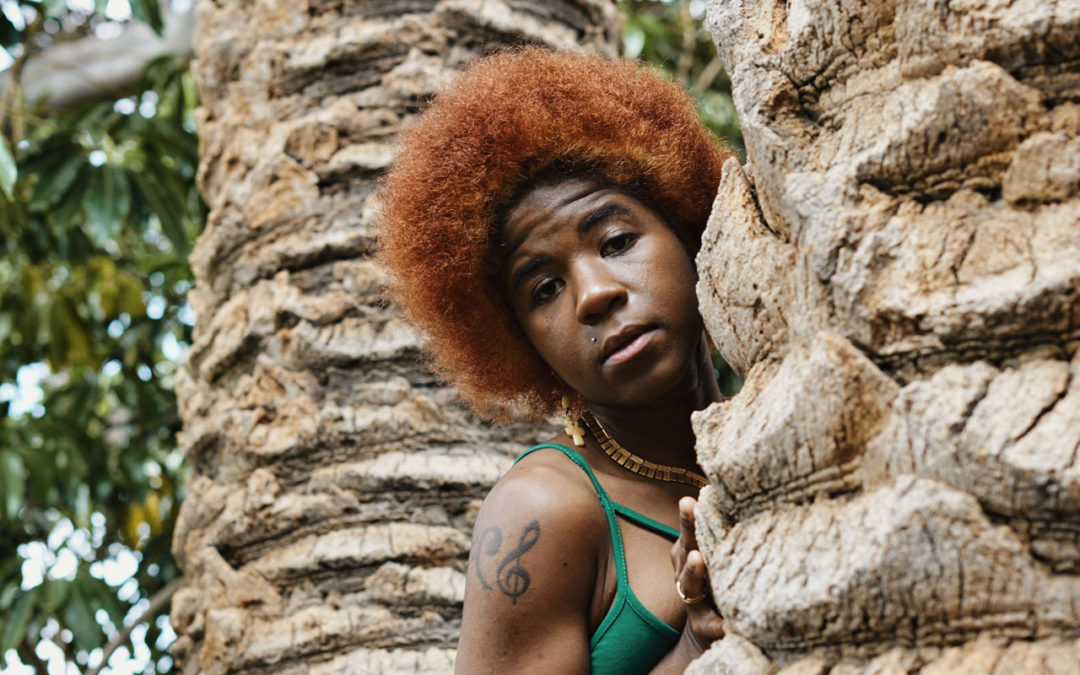 “Doing anything,” SassyBlack says is what she’s most proud of lately. “Doing anything,” she says emphatically.The pandemic has wreaked havoc onall of us—SassyBlack included. This isn’t to say the hard-working artist hasn’t done a lot (she has). There are even a handful of silver linings that she’s discovered during the COVID sequestering we’ve all endured.

Formerly of THEESatisfaction (the second hip hop group signed by SubPop), SassyBlack will be part of the 2020 Earshot Jazz Festival offering up a playlist as part of their series Sunday Morning Playlists. At the start of the pandemic she collaborated with Artist Trust to share ideas on live streaming. In June she was mentioned in Medium’s Zora (a publication that amplifies the voices of women of color), as one of “Ten Under-the-Radar Artists to Listen to Now.” In September, she was part of Northwest Film Forums’ Local Sighting Program. She’s soon to undertake an online jazz song writing class for Hugo House. COVID isn’t slowing her down, in other words.

Multifaceted, known for psychedelic soul and hologram funk, her music has been featured on Adult Swim and the BET series Twenties. She’s also acted in Comedy Central’s Broad City and was on HBO’s Vinyl, a series created, in part, by Mick Jagger and Martin Scorsese. A Seattle native, she graduated from Cornish College of the Arts, and has been compared to such luminaries as Sarah Vaughan and Erykah Badu.

She’s her own person though and is continually evolving. “The pandemic has pushed me into the artist I desire to be,” she says. That push has been sitting down. Her sitting down has been a good thing—those COVID silver linings. “I’ve been traveling since 2009. This is the longest time I’ve ever been able to breathe.” She’s practic­ing more. She’s working on compos­ing more. In her home studio she’s focusing on producing and engineer­ing. Video editing and production has taken her time. Visual work, film scor­ing, licensing. “It’s all about bettering my craft.” This insular work will come into fruition soon. She’s got two sin­gles coming out at the end of October and a big project coming soon after. “I can’t tell you anything about it, BUT I’ll be collaborating with musicians I really respect.”

One has to respect SassyBlack for her myriad interests and her thoughts about the challenges of both COVID, as a musician, and the social upheav­als of late with the Black Lives Matter movement, as a Black woman. “A shift is needed,” she says of the music in­dustry. With music venues struggling because musicians can’t perform music in front of live audiences, it’s a good moment to step back and assess the situation. SassyBlack says it was diffi­cult before the pandemic and COVID shone a spotlight on it. She mentions that touring was an investment and bands rarely broke even. “There’s been an imprisonment of performers with labels and royalties and credit given. It’s been eye opening. It’s sad to see all these venues and promoters close down but it gives us an opportunity to showcase the true value of artists.”

And then there is the true value of those fighting social injustices. “My parents were very involved in so­cial justice movements and I’ve been around it all from a very young age.” She likes the progress being made in Seattle and beyond but wants to make note that it’s been going on for a long time. “Nikkita Oliver inspires me a lot,” she says. “There have been people doing this a lot of years—try­ing to push the needle. It’s been years of pushing. It just didn’t happen. I ap­preciate those that have joined us but it’s been years of pushing.”

As a Black woman, and as a mu­sician, it’s led her to a life in jazz. “It’s how I move in the world.” She notes that one can’t know jazz without knowing racism. “All of this is based on slavery and if you don’t understand that then you are missing pieces of your soul.”

Her music, she hopes, offers up some of that understanding. Meanwhile, the pandemic rages on and artists are do­ing their best to make ends meet and do what calls to them—make music. What can a music fan do to help? To start, fans can buy music on the plat­forms that best benefits the musician. In SassyBlack’s case, it’s on her Band­camp page. “Crazy,” she says of ways people can support artists, “but you can contact an artist and ask them!” There are opportunities forthcoming to back SassyBlack. Follow her on so­cial media, and stay tuned for her next creative endeavors, and support her as she takes advantage of even more silver linings.