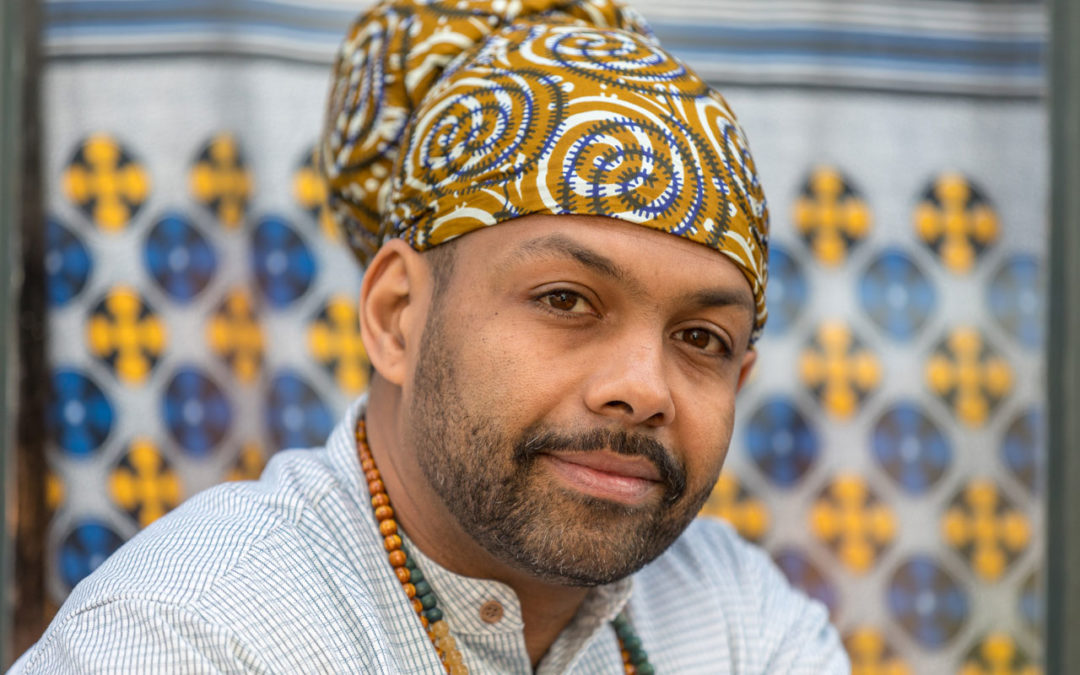 Benjamin Hunter is an artist in constant motion. Every time one might attempt to designate a title to define his contributions as an artist, he somehow shapeshifts and appears at another nexus of Seattle’s cultural landscape. His award-winning duo with Joe Seamons has enjoyed national acclaim and has taken city jazz fans back to the roots of America’s most original art form. As a violinist, mandolinist, vocalist, and songwriter, Hunter’s musical identity acts as a living, breathing ethnomusicological force, bringing together jazz, blues, folk, and rural Black string band music. His introduction to his instrument, however, was through European classical music.

“I was raised as a classical violinist. Reading music off the page, and thinking about it in very specific, instructed ways. But also, I was lucky at a young age to travel the world, my mom really valued travel. I was raised with that appreciation for things outside of my norm, including music,” recalls Hunter.

That curiosity and fascination in music and culture has never ceased, resulting in the growing contributions Hunter is making to the rapidly changing culture surrounding the Seattle music scene.

“This convergence of culture, art and community and how they all play a role to shape the society that we live in. It’s what brings me to this idea of arts and culture being one of the most important aspects of our society. It’s what ultimately makes us human,” he observes.

While being keenly focused on the constant evolution of his art, Hunter’s role as a community organizer has also captured the city’s attention. His work as one of 33 partners in the soon-to-be-opened Black and Tan Hall encapsulates his vision for music and the arts acting as a stepping stone to creating businesses that place people over profits. After five years of renting the space on Rainier Avenue in Hillman City, the increasing amount of repairs and associated legal hurdles created an unsustainable model for the cooperative to sustain itself. The recent purchase of the building now fully justifies completing the remaining work needed to be done in order to open the hall by the end of 2021 or early 2022. The accomplishment is even more remarkable when considering the sizable number of participants involved in the decision-making processes within this cooperative organization.

“By virtue of having a variety of voices, we are checking ourselves constantly. It means we are hearing voices that also would be voices from the rest of the community,” says Hunter. “My role with Black and Tan is Director of Arts and Culture. It’s my role now to try to figure out how to develop an entertainment, arts and culture strategy, not only for this year, but in preparation for when we open. We want to make sure that what we are doing as a business is something the community can be proud of, because they see themselves being represented in the structure of it all.”

When we open. Those three words elicit a collective sigh from all of us eager to get back to the business of creating and performing music, and engaging in the fellowship that accompanies it. While the effects of the COVID-19 pandemic have been catastrophic financially for area stages, it has also been a catalyst—generating new ideas on how to conduct the business of presenting performing arts in Seattle going forward. Hunter has taken that all to mind when looking at ways to assure the success of Black and Tan Hall.

“Not just better, but different. The creative industry situation in Seattle has been in a decline for a number of years because of development overshadowing and taking people out of the ballgame. It helped make people realize that this system we had that worked for a long time, might not be the best system for everybody. We might need to find new ways outside of these traditional ways to explore how we engage with the arts,” says Hunter.

The name of the hall pays tribute to the iconic Black and Tan nightclub opened in 1920 by black entrepreneur, E. Russell “Noodles” Smith. The basement club at the corner of Jackson Street and 12th Avenue was fully integrated, and saw the likes of Earl Hines, Lena Horne, and Duke Ellington grace its stage before closing in 1966.

Hunter is the founder of Community Arts Create, an organization that explores the crossroads between art, community, and culture. It provides an alternative to traditional music education, celebrating the oral traditions that have generationally enabled jazz, blues, and folk music, with each generational passing both benefiting from, and adding to, the unique and multicultural fabric that is American music.

“Folk music is like a river stone, it gets polished each time somebody touches it,” he points out. “It’s about trusting the fact that there are people out there that already have these traditional arts in their bones, in their culture, and in their homes. What happens when you bring those people together to engage in that environment for a folk experience to exist?”

Hunter wrote the musical score for dancer/choreographer Dani Tirrell’s extended dance piece, “Black Bois.” The effort culminated with a performance at the Moore Theatre on February 14, 2020, just before the pandemic restricted live shows. Tirrell describes the work that includes Hunter’s music and spoken word by J Mase lll, as “a dance piece that is a ceremony to our ancestors, and a thanksgiving to our past, present, and future.”

While the year 2020 has been an uphill battle for most, Hunter has seen some benefits strangely arise from the wreckage. For one, he became a first-time father, and is now the proud dad of a nine-month-old son. He has worked hard on adding guitar to his repertoire of instruments, and exploring new directions in music. While Hunter’s violin style seems almost indigenous to roots forms, his classical upbringing and intimate knowledge of jazz music, present an unlimited musical palette moving forward. His playing to date touches terra firma stylistically with Stuff Smith and Eddie South. His mandolin identity presents what he refers to as “anti-violin,” enabling chordal and rhythmic contributions. This combined with an artistic desire to explore beyond roots jazz and blues is something for Seattle jazz fans to keep an eye on in 2021.

“What I’m trying to explore is music from the Black Diaspora and how to put it all together. I’ve spent the last couple of years studying West African music, Caribbean music and music that has come out of the United States—blues, jazz, funk, soul, and R&B. Some of the stuff that I did for Earshot is kind of in the vein of what it looks like to put that all that together, and see what it sounds like.”