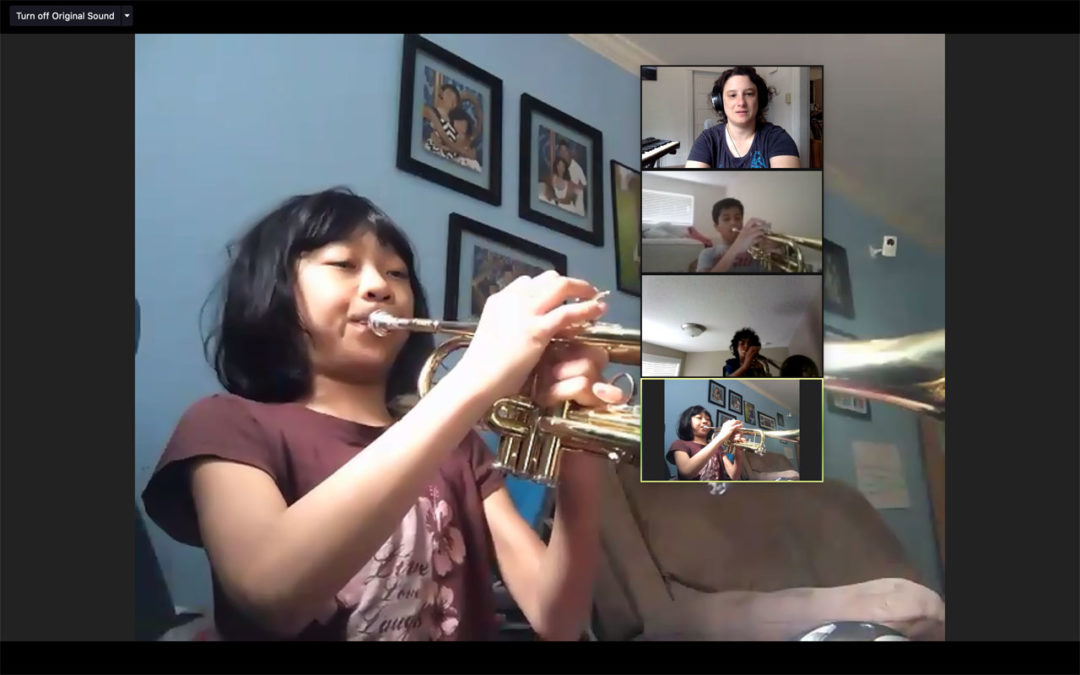 Jazz education in Seattle has proliferated generously over the past thirty years, with nationally acclaimed programs at Garfield and Roosevelt High Schools leading the charge. The two Seattle programs, led by Clarence Acox and Scott Brown, respectively, have seen their meteoric rise validated with success at the prestigious Essentially Ellington competition at Lincoln Center. Acox and Brown have been the beneficiaries of ardent parental support, leading to benefits for the students previously viewed as unattainable, including opportunities to travel to and perform in Europe.

With a vibrant jazz history, an active and innovative modern scene, and the best high school programs in the country, it would seem that jazz music in Seattle would easily swing into the 21st century with ease. For students, jazz would remain a great source of personal expression in both a musical and cultural sense. Yet aside from the aforementioned schools, as well as several quality middle school programs, opportunity for students at the majority of Seattle schools was rudimentary at best. The music and culture, which had largely been sustained by the oral tradition, now fell into the hands of educators—and the inequity of school music programs in the city.

Current Seattle JazzED Executive Director Laurie de Koch was a band parent and a front row witness to both the success of the programs, and the obvious challenges they faced going forward.

“My own children were fortunate enough to be in the band programs at Washington Middle School and Garfield High School, they were getting opportunities left and right. That included traveling to Europe. I noticed that despite the fact that we were in these very ethnically, culturally, economically diverse schools, the band room tended to look pretty white, pretty male, and pretty resourced,” she recalls.

De Koch, a professional with an extensive background in arts management, believed she could make a difference. She understood that the life-transforming experiences of her own children meant so much less when viewed through the lens of social injustice. Assisted by Acox and other parents, she formed JazzED in 2010, with an aim to provide equal opportunities across the board for students from grades 4 to 12. It gave all Seattle area students access to play in ensembles, receive top quality instruction, and integrate themselves in the jazz tradition. The program grew to over 1,000 students and reached 6,000, including JazzED sponsored assemblies in area schools.

Still, as the program grew and proliferated, the marks of systemic racism were obvious, with the top-level ensembles appearing largely white and male.

“We’ve always been an organization committed to equity, so we’ve been doing that work from the beginning. We’ve been working as an organization in this time to rethink our own model and maybe change a system that keeps having the same outputs,” says de Koch.

The epic consequences of COVID-19 beginning in March 2020 presented a mountain of challenges for the program previously unimagined. It provided cause for innovation as JazzED shifted to an online presence. “We just dove in without looking back,” states de Koch.

JazzED identified two daunting issues: one was the severe economic hardship that COVID triggered, and the second was the challenge of serving beginner students. Despite digital access increasing the reach of the program, questions remained about the viability of instructing beginner students on Zoom. While the program operates on a no-questions-asked sliding scale, the pandemic deepened the financial challenges already experienced by area families. Another obstacle was how to physically get instruments into students’ hands. Youth Development Director Ricardo Luna donned the superhero cape for this one, diving into a three-week experimental launch for beginner students.

Luna managed to provide instruments, either by delivering them in person or by mail. Virtual programs proved to be viable, and will continue to present positives moving forward post-pandemic. The tuition standards already established proved their long-term value, as students continued to access programs. The program’s foundational principles, though severely tested, were successful in assisting families during those uncertain times.

“Part of the initiative is to break through those barriers and systemic problems where families felt they needed to come to somebody and ask—you take that away and just put it on an application and it’s done. We found that more families came and joined us who were kind of in the middle—they were economically doing better than most, but not well enough to cover the cost,” says Luna.

Education Director Kelly Clingan weighs in on JazzED’s response to 2020. Clingan emphasizes that even though the alternative access has been a challenge, it’s also been a major positive. “It’s been super fun,” she says unabashedly. She has tailored the programming to meet the epic circumstances faced by our community, both before and during the pandemic. The racial reckoning American society is experiencing has further informed JazzED’s programming, such as teaching awareness of the social responsibility musicians inherit in times of social change. The “Virtual Protest Songs Project,” for example, familiarizes students with songs by artists including Nina Simone, Marvin Gaye, and more.

The project includes “a deep dive into what was happening in society at the time the song was composed, and what was going on in the life of that artist,” says Clingan. “We’ll be really digging into using music as a tool, not only for individual expression, but for social change.”

She also addressed the essential tool of listening to jazz, of introducing students to the art form’s formidable recorded history. After all, you can’t learn to swing without experiencing the vibe and cadence of classic recordings played by the masters.

“One of the very first things we did in COVID times was to launch an online guided listening series of some of the great albums that our teachers talk through. We coupled it with some lesson plans and worksheets for teachers to use,” she remarks proudly.

Moving forward in 2021 will be a read and react scenario for JazzED. They are planning digital programs for this summer, with the hope of hybrid opportunities for live programming dependent on the state of the pandemic. The aim is for full, in-person programming in September.

Looking further ahead, JazzED is teaming with Community Roots Housing in the creation of a new building that will house the program, as well as provide affordable housing in the Rainier Valley. Being constructed on the former site of the Imperial Lanes Bowl, fundraising for the project has been undaunted by the worldwide pandemic. Indeed, 2020 proved to be a record year for the program in those terms. The plans for the new space provide ample hope for the future, emboldened by the consistent generosity of the Seattle community. That generosity of spirit is front and center for Executive Director de Koch.

“This is a story of hope,” she says. “This building will be a community gathering place where our kids and their families can come and feel they are a part of something that is their home where they share power in this place, that they see themselves there as a part of a community. All of that in this time of inequity being highlighted, is really important. This building has given people a way to really plug in and be a part of something helpful.”

For the second year running, JazzED’s most important fundraising event will be presented virtually. “Soundtrack for the Future Virtual Gala” will be streamed live from the Royal Room on March 18 at 7pm. Student stories, live performances, new videos, and Virtual Fund-a-Need will highlight the evening. Information for this important event is available at
seattlejazzed.org/gala.

← Benjamin Hunter: Standing at the Crossroads of Music and Community Talking Seattle Jazz With Jazztalk Seattle →