Meet the Board: Sheila Hughes 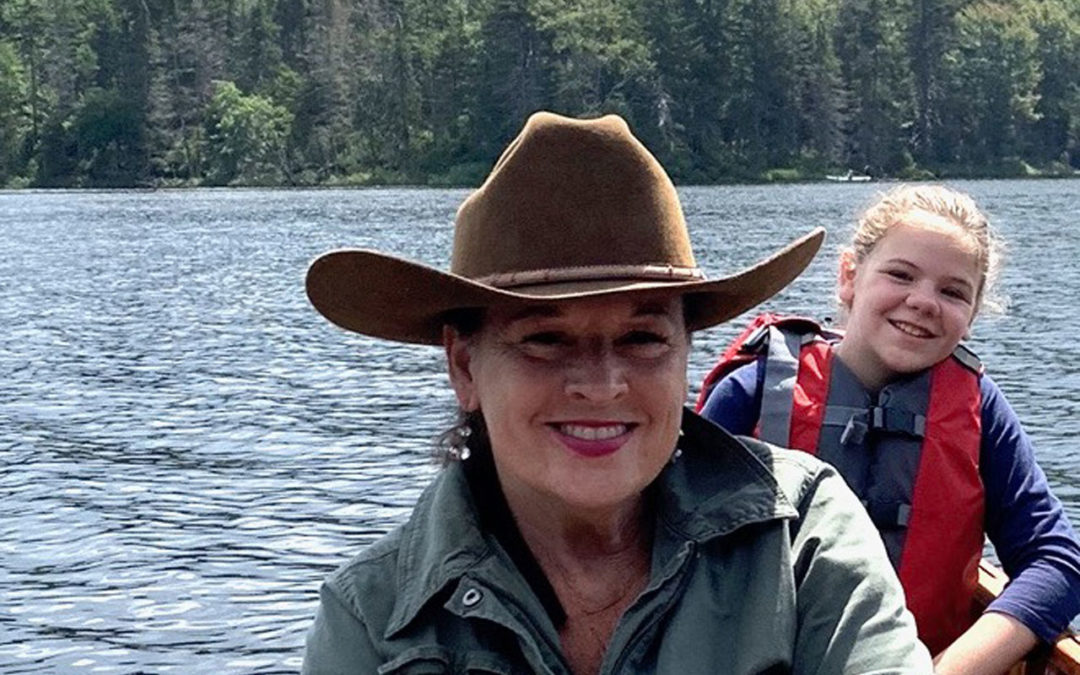 Continuing our series, Earshot Jazz would like to introduce you to our board members. They’re a group whose work often goes unnoticed by the broader public, but we value their expertise and their dedication to Earshot Jazz. This month, please meet Sheila Hughes.

I came to love Earshot Jazz quite early in its inception—the organization came on the scene right around the time that I wandered into Seattle and jumped into a funky little arts nonprofit called One Reel. Upon learning of Earshot, I remember thinking, “What a great name!,” having no idea of the connections to come.

Like Earshot, One Reel was started by a scrappy team of arts-makers. I joined 6 other folks and worked out of a rodent-infested firetrap in Belltown—together we were the producing nucleus of Bumbershoot. My six-month Bumbershoot gig turned into a two-decade adventure, as One Reel grew to take on events like Summer Nights at the Pier, WOMAD, Lake Union Family Fourth, and Teatro ZinZanni.

But what a different time and town Seattle was in the late eighties, when Earshot was first conceived. Sort of a scruffy, magical and weird place, the city felt wide open and super-inexpensive, like anyone with a half-good idea and some focus could get something started, and did. Theaters popped up in alleyways and bars. Bookfairs, open mics, and slams were a thing. And live music was everywhere—seedy haunts, fisherman bars, dance clubs. Places like the Comet, RKCNDY, the Croc, Tugs, Vogue, Rebar, Jazz Alley, OK Hotel, Sit ‘n Spin and The Cloud Room—they were like a little string of pearls that lay between One Reel’s Belltown office and my apartment on Capitol Hill. I was 26 and in love with this town.

As hand-crafted festivals, Earshot, Bumbershoot, Bite and Folklife were sort of Seattle’s OGs, soon joined by EndFest, WOMAD, Sasquatch and lots of other great music events. But Earshot always had a special cool about it, popping up around the city, stretching out into new venues, and always refusing to become a reductive, headline-based event like many jazz festivals.

One Reel and Earshot’s booking worlds sometimes touched as we both brought artists like Zakir Hussain, Branford Marsalis, Arts Ensemble of Chicago, or Sonny Rollins to Seattle, as well as NW faves like the Tiptons, Bill Frisell, Skerik, Greta Matassa, Marina Albero, and many, many more.  But what I really loved was that Earshot found the exciting edges. More of a funk, soul, and world music lover, I wasn’t jazz educated…and Earshot took me into new territory—Hermeto Pascoal, Los Muñequitos De Matanzas, DakhaBrakha, most recently Jazzmeia Horn and Egberto Gismonti. Sometimes it was the beginning of a lifetime appreciation. Other times it just blew me out of my seat, like one show about which jazz reviewer Jason West said: What could be described as R2D2 on herbal ecstasy or two elephants making love to a men’s glee club was, according to DJ Spooky, “a musical conversation” between himself and (Wayne) Horvitz.

Since One Reel, I’ve served as director of Icicle Creek Center for the Arts, Gage Academy, and now Bainbridge Island Museum of Art (BIMA), but am still an unapologetic festival-head—I love the special magic that’s created when a critical mass of explosive talent is squeezed into time and space. So when I got to BIMA and found a vibrant museum whose jewel box auditorium sat empty most of the time, I reached out to John Gilbreath to see if he’d partner on a Kitsap extension of Earshot Jazz Festival—the Within Earshot Jazz Festival at BIMA was born.

Since joining the Board, it’s been a challenging and always-interesting ride, but last year eclipsed all. The COVID-related devastation that’s ripped apart Seattle’s music scene continues to stun, with those most hurt being individual artists, venues, and neighborhood businesses. Rebuilding that special ecology is going to be critical to the survival of all musicians, especially next generation—and Earshot plans to be a part of that effort.

And 2020’s cultural shift to dismantle systemic racism and social injustice has raised serious issues and opportunities for every cultural organization. Earshot is no exception to that, and has a special responsibility since it’s dedicated to advancing Jazz, a Black American artform. The organization moved quickly to self-education and community activism, but as a board and staff we’re all painfully aware of how much more needs to be done to truly embody anti-racism. I’m humbled to be working alongside a board of directors and staff who are challenging the organization from the inside out, and who intend to rebuild Earshot with laser focus on racial equity and social justice and intentionality of commitment. I see Earshot Jazz as learning, stumbling, failing, and moving forward. I know I speak for all of us when I say we’d welcome the support and help from anyone who shares in this passion—it’s an exciting and urgent time.

← For the Record Roots: Jim Knapp →