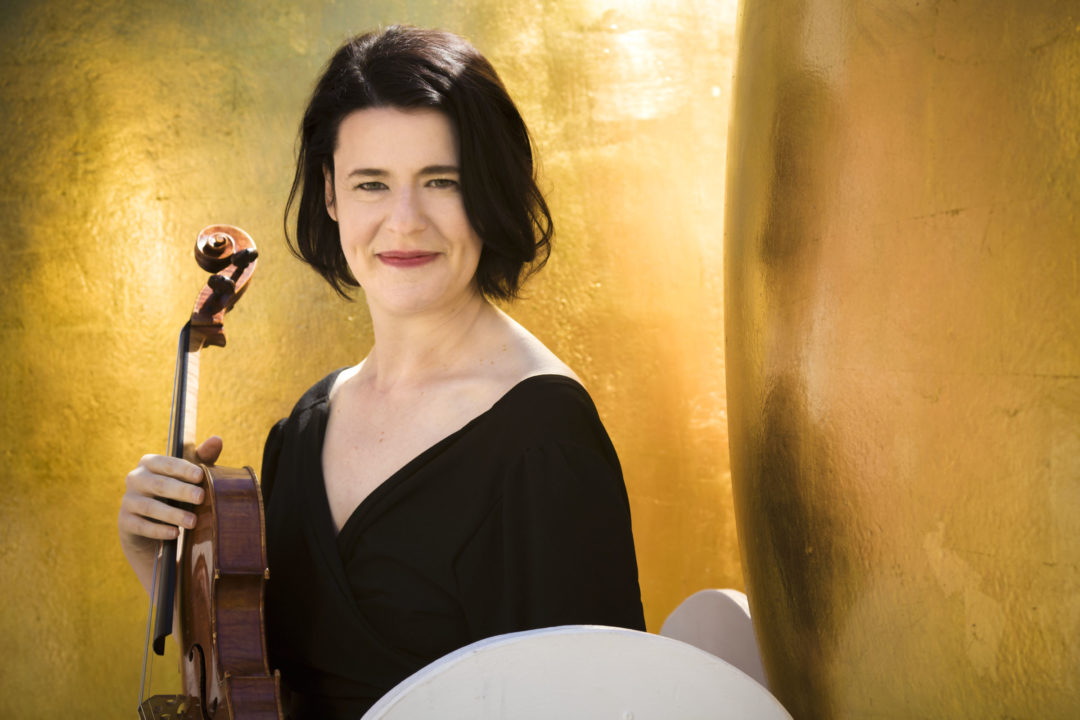 The Chapel Performance space, a 100-person concert hall on the fourth floor of the century-old Good Shepherd Center in Wallingford, has remarkable resonance. Beside yellow paneled walls, stained-glass windows on either side of the room let in natural light over the wood floors to the low, rounded stage, framed by pillars that curve up into a spacious, white ceiling. Here, for ten nights a month, audiences have gathered to intimately witness artists perform new and experimental music for the Wayward Music Series. Now the space is closed indefinitely.

Until it opens, Nonsequitur, the nonprofit behind the series, continues to curate and commission music, regularly posting recordings online via its website and SoundCloud, and encouraging listeners to pay artists directly. Since April, head of Nonsequitur and program curator Steve Peters has invited artists to provide at-home recordings or previously unreleased mixes of material.

“We are focused on supporting artists from the Seattle metro area—Seattle, Tacoma, Olympia, Bellingham, Eastside, etc.,” Peters writes over email. “People who would normally be playing at the Chapel, Gallery 1412, the Royal Room, or more underground venues.” Peters has also invited formally Seattle-based artists with ties to the local community, such as trombonist Naomi Siegel, who released an improvisation with live electronics about her pregnancy, “Gestation,” on August 7th, two days after recording.

Other artists have taken the opportunity to share documents of their practices, translating the presence of the room into new expressions, often with a meditative or contemplative aspect. One half of Mamiffer and Mára, Faith Coloccia used field recordings from Vashon Island with her two-year-old son for a haunting meditation on language and lineage in November. In July, guitarist Michaud Savage furthered his striking compositional voice with a politically charged work, with guests, cellist Lori Goldston and writer Christopher Lee.

Peters emphasizes the work of other younger artists like La Sonora Clandestina, Pink Void, Nordra, Kole Galbraith, and others. In July, composer Marguerite Brown released a cycle of microtonal chamber pieces; in May, flutist Leanna Keith improvised variations around a void on various instruments. Virtuoso vocal performances, from Blessed Blood to Haruko Crow Nishimura, have inspired Peters as well: “I’d also love to hear a real-life duo of Amelia Love Clearheart and Tamara Zenobia,” he says.

Since Nonsequitur’s still paying rent on the chapel, Peters has also overseen recordings in the Chapel for artists not set up to record at home, as “that room loves music,” he writes. These too, have kept to the program’s wide range. In October, clarinetist Angelique Poteat joined the Artemisia Wind trio to record original chamber pieces and Melia Watras (violist) premiered a collection of graceful, hope-inspired pieces with Michael Jinsoo Lim (violin). Sound artist Susie Kozawa explored the space in August, and Kyle Hanson debuted a new bellows technique on accordion in January. Other chapel recordings include a stirring reflection on the past by Ahmad Yousefbeigi, Kurdistanian vocalist in July, and Stephen Fandrich’s sublime prepared piano variations on a Tyvan melody in August.

“I have no idea what is coming up. It just depends on whoever comes through week by week,” Peters says on upcoming concerts, though listeners can expect releases from Ha-Yang Kim and Alex Guy, and perhaps more archival works like the 2009 concert with Harold Budd and bassist Keith Lowe, released last month. These recordings, available for free, make up a remarkable record of the ways, from coding to clarinets, that local artists continue to examine what an indefinite time discloses. –Ian Gwin

Visit waywardmusic.org to hear the recordings.