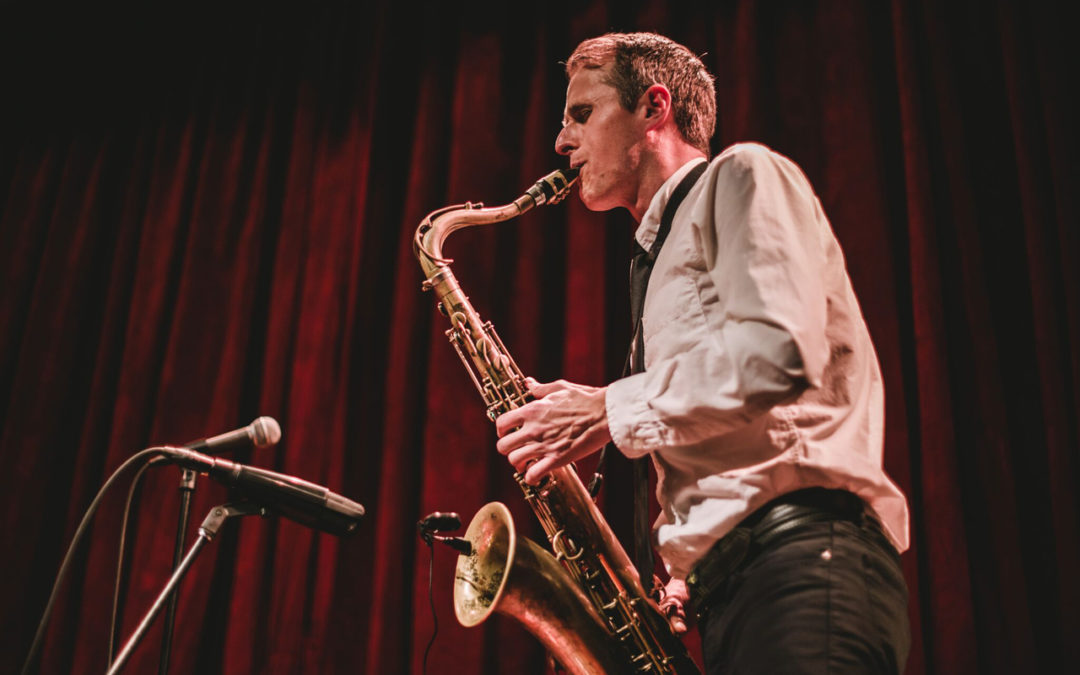 Saxophonist and composer Neil Welch, whose work is rooted in improvisation, embraces multiple styles including avant-garde jazz and Soundpainting. Guided by the natural environment, Welch on soprano, tenor, and bass saxophones evokes the extremities and beauty of the Pacific Northwest.

Vocalist, pianist, and composer Robin Holcomb, who came to prominence in New York, brings her vast experience performing at such venues Carnegie Hall and The United Nations back home to Seattle. With a style that The New Yorker characterizes as “fascinatingly eclectic,” she has “few qualms about mingling folk, jazz, chamber music, and points between and beyond.”

Drummer and percussionist Sheridan Riley, known for her work with Sub Pop indie artist Avi Buffalo, utilizes acoustic and electronic textures to explore the contradictions, discomforts, and pleasures that give form to the human condition.

Blues guitarist and vocalist, Betsy Olson, originally from Montana, draws from a wide range of influences from Led Zeppelin and Jimi Hendrix to The Black Keys. As well as fronting an all-women blues and rock band—The Betsy Olson Band—Olson is known for her gritty, stripped down music as well as her compelling, ethereal ballads.

Christian Pincock (trombone, electronics) and Remy Morritt (drums) are forever seeking to create new means of expression, both through their original composition and improvisation. Combining trombone music and sounds generated through a variety of electronics and technology, Pincock expands the possibilities of his artistry. While Morritt is known for his energy and deft balancing of chaos and order.

One of Seattle’s most in-demand drummers, Eric Eagle is known for his adaptive and fluid approach with an ability to play in a multitude of musical contexts. He has worked with Dave Peck, Jesse Sykes, Kate Olson, Wayne Horvitz, Naomi Siegel, and many others. For this performance, Eagle will present an intimate set of solo percussion.

A group of talented Seattle pianists will play from Wayne Horvitz’s book of compositions, “Little Pieces For The Piano.” Originally published in 2013, the 2020 edition includes 40 new pieces composed during the first months of the pandemic. Horvitz, known as a musician who creates a “dazzling sonic playground full of some wild rides…[who] stretches the art of sound collage into new frontiers” (NPR), will perform alongside luminaries such as Cristina Valdés, Alex Guilbert, Kate Molloy, JingCi Liu, Robin Holcomb, Daisy Zajonc, and Alex Guy.

← Meet the Board: Maurice James Earshot Jazz Live at The Forum →