Meet The Board: John W. Comerford 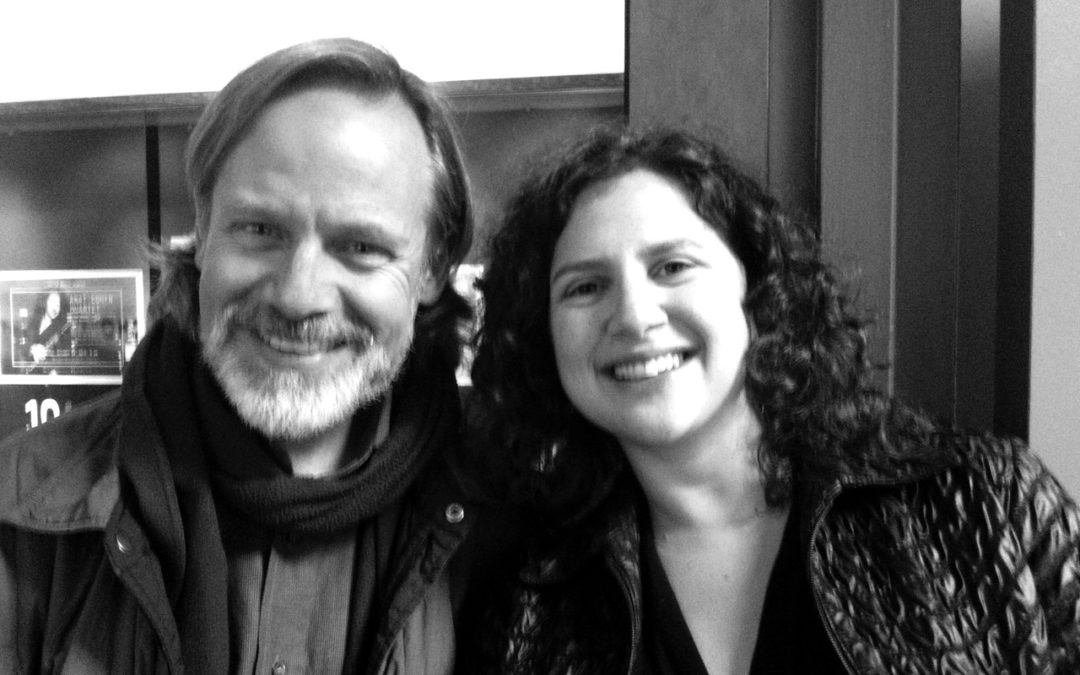 Continuing our series, Earshot Jazz would like to introduce you to our board members. They’re a group whose work often goes unnoticed by the broader public, but we value their expertise and their dedication to Earshot Jazz. This month, please meet John Comerford.

During my tenure of service at Earshot Jazz I have served as vice president and now serve in a general board capacity after moving out of the Salish Sea region, which was my home for more than two decades. Now in the Bay Area I am further experiencing the art form’s West Coast offerings.

My journey onto the board began with interviewing our longstanding Executive Director John Gilbreath for our documentary series and feature film, Icons Among Us: Jazz in the Present Tense. John joined a chorus of artists and advocates such as Robin Kelley, Paul de Barros, Wendy Oxenhorn, and Ashley Kahn who chimed in on the state of the music in the post-Ken Burns Jazz era at the turn of the millennium.

Filming for a decade with local co-directors Lars Larson and Pete Vogt along with co-producers B.e. Dahlia and Theo lanuly, we assembled sounds and images from familiar local venues such as Dimitriou’s Jazz Alley, the Moore Theatre, and eclectic festival mainstay Bumbershoot. Outside of weaving John Gilbreath’s voice into the tapestry of our four-part series, we were able to present a number of post-release “Icons Among Us” concerts at MoPOP’s Level Three Theater including both local artists such as Industrial Revelation and featured unit players from the series such as Kendrick Scott, Gerald Clayton, and Ben Williams.

As of late, in addition to a digital series archive collaboration with Earshot, I helped shepherd a multi-year commitment to provide youth audience development. As a filmmaker who has served on the boards of SIFF, Northwest Film Forum, and currently on the KNKX Community Advisory Council, Earshot has a special place given my predilection for the intersection of music and motion pictures.

My childhood growing up in New York City in the ‘70s and ‘80s set the stage for a lifelong desire to engage the life affirming benefits of live music. Starting with the punk rock vanguard which included stalwarts such as San Francisco’s Dead Kennedys and Washington D.C.’s Minor Threat and journeying into electro-jug band sojourns such as the Grateful Dead, I found myself on a spring evening at the Village West with a two-drink minimum for my first jazz performance ushered in by Ron Carter & Jim Hall. Knowing by night’s end this was a golden thread of music— authentic, skilled, passionate, and voraciously engaging—I followed it right down the rabbit hole to the second line brass of New Orleans and ultimately co-created a volume of work with Icons Among Us that elevates a number of living generations of jazz musicians.

Since the art form is permanently tied into the NOW, I believe that my work as a filmmaker and arts advocate will always be in the key of jazz. The notes of presentism, reliance on heat of the moment discoveries, are all backed by a desire to release storytelling energy via observation, conversation and discovery. An elder jazz performer was heard to say that in showbusiness nothing happens, till something happens, then everything happens! That could not be truer in this day-and-age with a side note that communities like Earshot are lynchpins to regional culture and creativity. All attributable to our devoted audiences who possess notable listening skills and are prepared at the drop of hat to navigate good times and not so good times with the gift of jazz music.

P.S. Pianist and Small’s New York club owner Spike Wilner gets the coda here from a 2018 Jazz Congress panel at Jazz at Lincoln Center. When it came time for him to speak after twenty-minutes of other panelists weighing in, he met the eyes of most everyone in the room and in an extended silence and let loose “we all know what’s really going on here, it’s a spiritual pursuit.” Join us for an Earshot performance and judge for yourself…

← For The Record Lake Chelan Wine and Jazz Festival →