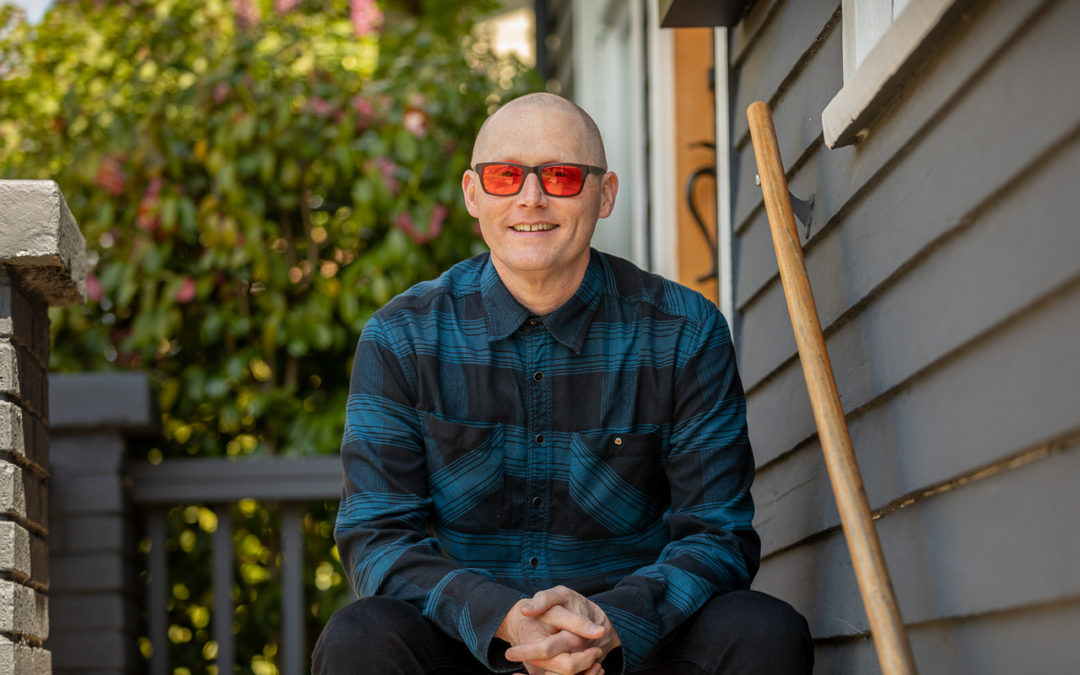 In the past few weeks, the weekly jam session at the Owl N’ Thistle has reconvened after more than a year on hiatus. As more people become vaccinated, more people attend, with the past week’s session including, among others, trumpeter Thomas Marriott. Longly held as one of the most heralded jazz performers in Seattle, his past year included a canceled tour in support of his new release, Trumpet Ship, and a Grammy nomination for his work with Orrin Evans’ Captain Black Big Band. With Marriott counting down the session’s opener, Tadd Dameron’s “Hot House,” the sense of breaking out of the doldrums of 2020 that the revived session represented was accompanied by question marks facing the future of live jazz music in Seattle.

The past ten years have seen the closing of the scene’s two most prominent full time venues: the New Orleans Creole Restaurant in 2012, and, more recently, Tula’s Jazz Club in October 2019. Tula’s offered live jazz six or seven nights a week, featuring the top flight of professional jazz musicians in the city. Its loss seemed to be a final death blow to live, local, nightly jazz in the Emerald City.

The closing of major venues had impacted the music beyond the obvious loss of income for musicians and live music access for patrons. The generational interactions that provided mentorship opportunities for young musicians was jettisoned with the closures, which in turn meant that jazz education became, almost exclusively, the domain of institutions of higher learning. The oral tradition that had nourished the sound and musical progression of the art form faded. This most American of all art forms, born and propagated in African-American communities across the country, has become increasingly white and male in Seattle, from the nightlife scene to the nationally recognized jazz programs in area high schools.

Marriott cited the need for a more community-minded approach to presenting live jazz on a nightly basis in his home city for quite some time. How can we create a space that provides an appropriate environment for the music, pays musicians a fair wage, and offers top-end live jazz for an affordable price tag? How can we accomplish this while nurturing community participation in a collective sense? While the pandemic cut deeply into performance and recording opportunities for him, Marriott took advantage of the time provided to reflect and create a jazz fellowship for and by the vibrant jazz community that it would serve.

Seemingly, Marriott is in a prime position to envision such a venture and bring it to life. For a quarter century, the 45-year-old trumpeter has been at the forefront of the Seattle jazz scene, releasing thirteen albums as a leader or co-leader and performing regularly in front of city audiences. His monthly performances at Tula’s over fifteen years cast a large net in hiring a diverse variety of Seattle musicians, including Matt Jorgensen, Mark Taylor, Rick Mandyck, Marc Seales, Tim Kennedy, Kassa Overall, Xavier Lecouturier, and Marina Albero. He also brought in international notables Orrin Evans, Eric Revis, Donald Edwards, Gary Bartz, Calixto Oviedo, Essiet Essiet, Doug Beavers, and Ray Vega to the Belltown jazz spot. On an international scale, he became perhaps the most recognized and acclaimed jazz musician from Seattle who made the decision to stay in Seattle.

Like many before him who moved to the East Coast to gain valuable experience, Marriott was no exception. He ventured to New York City in 1999 to pay his dues with the best in the world. In modern times, that same trail has been followed by Aaron Parks, Roxy Coss, Kassa Overall, Anne Drummond, Carmen Staaf, and Tatum Greenblatt, to mention but a few. Unlike the aforementioned musicians, Marriott made the decision to return to Seattle in 2004. His close friends and musical associates, Matt Jorgensen and Mark Taylor, returned as well, establishing a long-term association with the band, Human Spirit. Despite Marriott’s return, on analysis it was apparent that even though the jazz scene in Seattle was producing great talent, it was unable to maintain the cultural infrastructure necessary to sustain the local talent, and keep them in Seattle.

Marriott’s launch in April of the 501(c)(3) not-for-profit, Seattle Jazz Fellowship, is, by design, a beginning to address the needs of the community in building and maintaining generationally, a vibrant and thriving jazz culture.  While a permanent site is the goal, the fellowship will begin as a pop-up entity, staging nightly performances in a variety of locations. Afternoons will feature listening sessions for students, narrated by a member of the community with the aim of introducing the history and culture of the music through its classic recordings. For musicians, gigs will have a direct tie-in to a mentorship program designed to join younger musicians onstage with more established leaders, or elders.

“What I’ve really tried to do,” explains Marriott, “ is to codify what it is that makes a healthy jazz community, and the things that are necessary to make that a thing. To try to enumerate those and come up with programs that incentivize participation. They exist naturally in other communities, and they have previously existed here, they just don’t anymore, and so we need some sort of pathway back—one that allows for limitless expansion. It can start extremely small, as a pop up. We are intending to be a six night a week, jazz performance and community gathering space. We are hoping to operate continuously, regardless of location. There’s a lot of empty commercial real estate, and we’re hoping to occupy one storefront after another after another and hopefully we’ll be in one place for a few months until they find a tenant. Permanence is definitely something we want, but I think that as long as we can operate on the cheap, that means more money to the musicians, more money for our programs, that’s our goal. The business model is slightly different then the sort of supper club model that has been used for the last 50 years or more.”

The fellowship will depend on participation, from the performing musicians to volunteers contributing in a variety of ways. By operating as an all-ages venue, younger musicians will have the benefit of interacting with more experienced professionals, with an opportunity to ultimately pay their dues onstage with the most respected players in the city. In the process, a new generation of jazz fans, who won’t be prevented from participating by the high price tag of tickets at larger venues, can be raised. Jazz, unlike most popular forms of music, pays no mind to age and generational divides. Marriott’s vision is one of unity—one that looks and feels like Seattle.

“In addition to trying to ‘recruit’ the next generation of fans, it’s our intention [to ensure] that what happens on the stage is a reflection of the kind of community we want to see. We want our audience to see themselves reflected in the musicians that play on our stage so that all will feel welcome and included. This is a guiding principle of our work,” he points out.

Marriott’s career has been guided by the principles represented in the collective vision of the SJF. He has benefited greatly from the guiding hands of his own mentors here in Seattle and in New York. His associations with legendary Seattle trumpeter Floyd Standifer and iconic tenor saxophonist Hadley Caliman would be prime examples. “I feel really lucky and grateful to have had the attention and guidance from some really good musicians here at home. People like Jay Thomas, Jeff Johnson and Marc Seales, all the people that I’ve played with,” he says respectfully. “In order to play this music, you’ve got to constantly be surrounding yourself with people that are better than you. Sometimes those opportunities are hard to find, sometimes people are afraid to take care of those opportunities, to seek out those opportunities. Sometimes hesitant about getting the kind of feedback you need. I think at some point, the good news is that you become comfortable with the kind of feedback that you need to hear,” he says.

In essence, the predominant principle of the fellowship going forward is to put the music itself at the front of the line. While most for-profit music venues base their booking policies on draw, or “butts in the seats,” regardless of the quality of music, SJF presents an opportunity to raise funds differently and center the music as the guiding principle in booking the space. That overall philosophy is guided not by technical or theoretical learning, but by love for the music and the inspiration and community it creates.

Marriott has a keen understanding of what jazz musicians and their audiences have in common: both are fans of the music. You cannot play the music without first falling in love with it. Secondly, both have opportunities to serve the jazz community in a myriad of ways, instead of just reaping the benefits of a vibrant jazz culture. When patrons walk through the door of a SJF gig, they are entering a place where they belong not only as an audience, but as contributors to a community that has steadfastly held strong in Seattle since the Jackson Street days of the 1930s and ’40s. The experience of witnessing the artistry of jazz in a small, intimate space is where the music truly comes to life and touches the lives of its congregants in life impacting ways that extend far beyond the club door. It’s this kind of encounter that Marriott has been humbly working towards to achieve for the benefit of Seattle’s jazz community, in a way that is sustainable while treading uncertain waters.

With an eye on its historic past and a visionary gaze towards its future, Marriott remarks, “At its most fundamental level, for jazz music, its natural habitat is the small, intimate room. Sometimes we deprive our audience when we put the music on a bigger stage. Certainly, it adds respectability to the music to put it on the big stage and I appreciate that. On the other hand, there’s no experience from the listener’s point of view, like being crammed into a little space with the band right in your face. To me, that’s the ideal way to experience live jazz music or jazz music in general, not on record, not from afar. Where musicians are sweating on you and spilling their drink on you, the trombone player’s spit valve is getting your shoe wet, where you can hear the musicians talking between the tunes, you become much more a part of it.”

To learn more about the Seattle Jazz Fellowship, go to seattlejazzfellowship.org

← Jazz: The Second Century Series Letter From The Director →