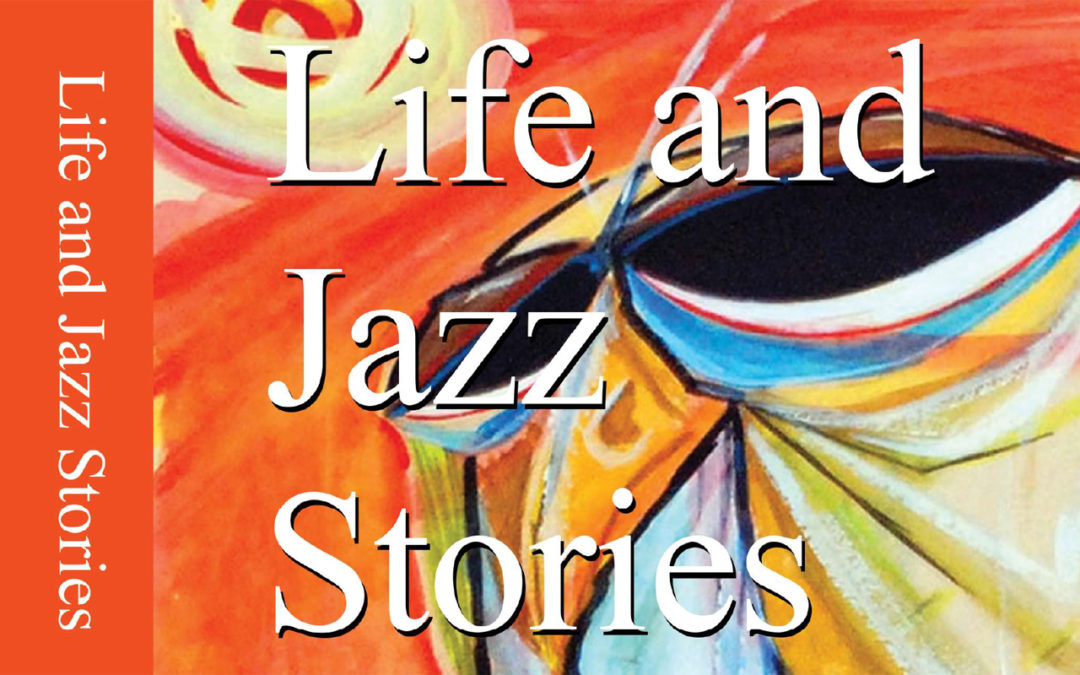 Veteran Seattle musician Jay Thomas’ dazzling new autobiography, Life and Jazz Stories, bristles with the color, humor and detail of a picaresque novel while at the same time serving as a mini-history of local jazz from the 1960s to the present. It is a blow-by-blow account of one artist’s musical development and a humble confession of recovery from a heroin addiction. On the page, Thomas comes across much as he does in person—witty, hip, eager, curious, vulnerable, and slightly amused by the craziness of it all. Refreshingly, he often sounds as excited about other players as himself. His stories about where and when he suddenly gained new musical insights are as priceless as they are rare in first-person jazz works. His musical descriptions such as, Tony Williams playing a “flibbertygibbet with a trap door hidden in it”,  are the very substance of good jazz writing. Thomas shares a plethora of hilarious insider stories, like the night he cold-called Thelonious Monk to complain that he couldn’t find any good jazz in New York or when he dissed an arrogant Roy Hargrove at a jam session whispering in his ear, “You sound beautiful, man…we used to sound that way in the ‘60s.” Sometimes the narrative is a bit dizzying (Thomas is not one for citing dates; however he does offer 127 extensive endnotes about various people and institutions). Likewise, the book could definitely use a chronology and an index, but in a way that’s all part of its conversational charm.

Born in 1949 and raised north of Seattle, Thomas first took up the trumpet in elementary school on the model of his dad, Marv Thomas, a respected Seattle big band trumpeter who later owned the Seattle jazz club Parnell’s from 1980-1983.Thanks to his father, Thomas was exposed to jazz and blues basics by older players like trombonist Dick Thorlakson, trumpeter Floyd Standifer, and pianist Jerome Gray. Soon he was on the local scene, playing not only jazz but rock, funk, fusion and free, with a cohort that included guitarist Larry Coryell, Coryell’s future Eleventh House keyboardist Mike Mandel, trumpeters Mark Doubleday, Randy Brecker, Sarge West, among many others. In 1966, only a junior at Shoreline High School, Thomas was was singled out for DownBeat Magazine by critic Leonard Feather, as a talent deserving wider recognition. Shortly thereafter, he won a summer scholarship to the Berklee College of Music in Boston and was seemingly on his way.

Alas, the budding Seattle prodigy did not flower. Moves to San Francisco and New York yielded gigs with Machito, lessons with Carmine Caruso, and jam sessions with legends like Jimmy Garrison at the famous loft, Muzart. But Thomas was “aimless”, he writes, and clueless about how to advance his career. He was also dangerously attracted to hard drugs, which snared him in Manhattan in 1969 and did not let him go until 1985, after he nearly killed himself and his family in a car accident.

Despite that, Thomas was not unproductive during those dark and confusing years. Living in San Francisco, Los Angeles, New York, and Seattle, led him to record with James Moody on The Teachers and tour England to record with hipster Slim Gaillard on Anytime, Anyplace, Anywhere! He also took up (and mastered) the tenor saxophone, which put him in a very special league with the likes of Ira Sullivan and Benny Carter. And, he worked constantly. Whether it was a club, dance, private party, hotel lounge, or coffee house, you name it. Thomas was there. The Seattle trumpeter has played with an encyclopedic roster of musicians which includes the great bassist Buddy Catlett and tenor man Fred Greenwell, legendary Seattle rock guitarists Joe Johansen and Rich Dangel, blues legend Big Mama Thornton, Texas tenor man Bill Tillman, Seattle keyboardist Dave Lewis, bassist Dave Friesen, pianist Jack Brownlow, and budding vocalist Diane Schuur. In the early ‘80s, Thomas ran the jam sessions at Parnell’s, where he worked with Harold Land, George Cables, and Charles McPherson; formed Tenor Dynasty with Northwest stalwarts Bill Ramsay, Denney Goodhew and Chuck Stentz; and did pit band work for his pops’ concerts.

Four years after he quit drugs for good, Thomas finally made his first recording as a leader. It was a swinging affair titled Easy Does It, with the Cedar Walton Trio, followed by more than a dozen CDs. He became an integral part of pivotal Seattle area endeavors such as the Jim Knapp Orchestra, the Seattle Repertory Jazz Orchestra, the Port Townsend Jazz Festival faculty and band, and the circus-style European theatre project Teatro Zinzanni. As a sidelight, Thomas also became an obsessive seeker (and trader) of instrumental gear, a pursuit that helped endear him to a cadre of Japanese musicians with whom he has been seriously working and recording since he first toured Japan in 1985.

For perhaps obvious reasons, given the temptations that once snared him on the road, Thomas did not return to New York where his talents certainly would have been more widely amplified. Thomas never directly addresses his decision to stay in the Pacific Northwest, but makes it clear he knows the score when he writes, “As far as jazz magazines and critics are concerned, Seattle is pretty far off the beaten trail” and when he refers to other local players as being in the “wrong town” if they want to get famous. Ultimately, it doesn’t matter–at least for Seattle fans. Thomas figured out a way to produce great music and survive, immensely enriching the Seattle scene as both a player and teacher, and passing on the tradition to a new generation. Indeed, Thomas is a bridge figure of sorts between the embers of Seattle’s golden Jackson Street era and its modern era. For decades, we have had the music. Now we have the stories, too. Bravo.

Note on the text: Life and Jazz Stories is an on-demand book. The print edition I reviewed had quite a few errors that have since been corrected. Publisher, Marv Thomas, assures that more corrections are forthcoming.