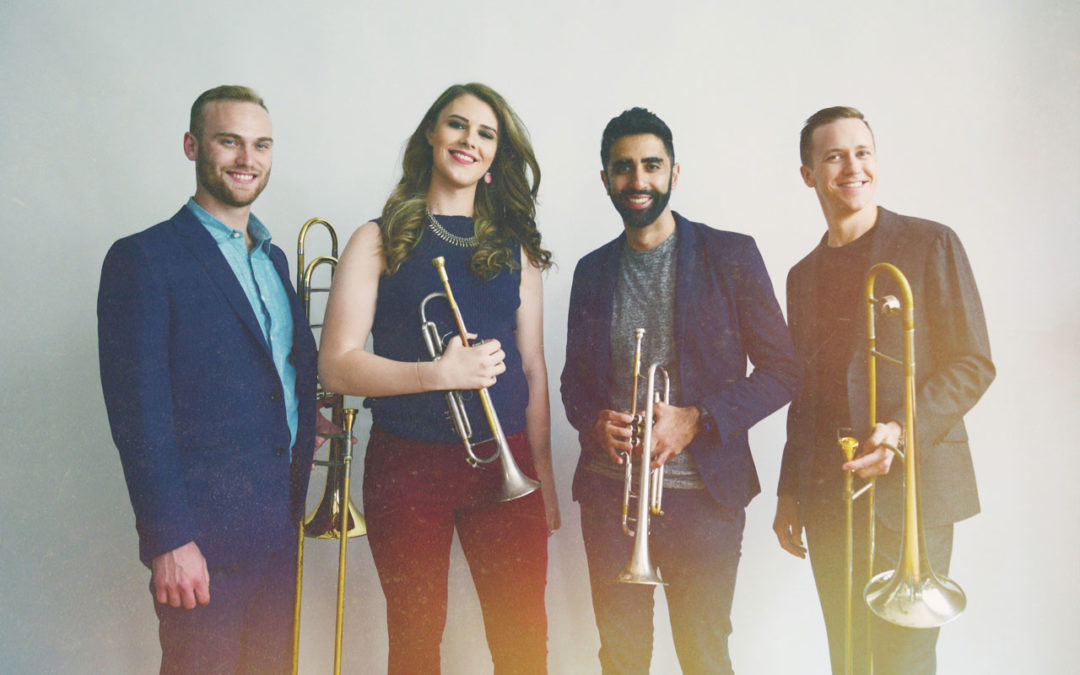 The Westerlies by Shervin Lainez

The 26th Annual Essentially Ellington Festival took place June 4–5. Since 1995, the festival has supported the development of jazz music programs and elevated budding youth musicianship by undertaking high school bands in New York to learn, practice, and perform. Like many other events affected by the pandemic, Essentially Ellington had to once again be online. Despite this, the festival continued to offer a full program complete with a virtual jam session, a composition master class with Ted Nash, and the opportunity to pick the brain of musician and Jazz at Lincoln Center’s Managing and Artistic Director, Wynton Marsalis. This year’s virtual festival celebrated 15 high school jazz band finalists from around the country, including Seattle’s own Roosevelt High School’s band directed by Scott Brown.

The Westerlies join The New School

Seattle bred and New York-based brass quartet, The Westerlies joins The New School as their first small ensemble-in-residence at the School of Jazz and Contemporary Music this fall. There they will coach chamber ensembles, lead master classes, and give concerts. Each member will be appointed to the faculty of both the School of Jazz and Contemporary Music and Mannes School of Music. Chloe Rowlands and Willem de Koch return to The New School as alumnus of the College of Performing Arts program. The Westerlies, comprised of  trumpeters Riley Mulherkar and Rowlands as well as trombonists Andy Clausen and de Koch, are known for their genre-defying music, their annual Westerlies Fest in Seattle, and for being champions of anti-racist work within the study and performance of jazz.

After a forced permanent closure to their Roosevelt Way location due to COVID, Café Racer is excited to share they’ve found a new home in the old Barça space in Capitol Hill. The old U-District venue had been a staple of the live music scene and previously featured nearly nightly live music, with a special emphasis on the Sunday improvisation-based Racer Session series. Café Racer, now owned by Jeff Ramsey and Cindy Anne since 2018, have long committed to supporting and advocating for the progression of the city’s local talent. Ramsey and Anne will continue to center this mission once they re-open later this year. To stay updated, visit caferacermusic.com.

The Seattle Office of Arts & Culture recently announced the addition of four new commissioners to the Seattle Arts Commission (SAC). Those four include artist, Rick Araluce; multi-disciplinary arts manager, Ebony Arunga; Northwest Film Forum’s Executive Director, Vivian Hua; and, founder of BALORICO dance, Vanessa Villalobos. The sheer breadth of their experience and artistic backgrounds is sure to be an invaluable asset to the SAC’s work whose mission is, according to their website, to “support the City by advocating for arts policy, creating access for equitable participation in the arts, and fostering enriching arts engagement for all residents.”

Ballard High School is jazzed to welcome Jay Gillespie as their new Director of Bands. “When we brought in Mr. Gillespie to be Ballard’s Interim Band Director this year, we were looking for someone who would be dependable and provide consistency for the rest of the school year,” says Ballard High principal Keven Wynkoop. “It quickly became apparent that he was far more than a caretaker for the position and that he had the passion, skill, knowledge, flexibility and interest in students that we were looking for in a permanent Band Director.” A graduate of the University of Washington School of Music, Gillespie played in the U.S. Navy band and has performed in jazz combos and bands, wind ensembles, marching bands, rock bands, New Orleans style brass bands, and ceremonial bands. To close out a year of remote learning, Gillespie choreographed and filmed the band’s riveting performance of OK Go’s “This Too Shall Pass”, which included a way for audiences to participate and cheer on the band virtually using the Upbeat music app. Fans and supporters can find the full performance on Ballard Performing Art’s YouTube page.

With more than 70% of Washington residents vaccinated and the state fully re-opening, people are anxious to get back into the swing of things. The Century Ballroom in Capitol Hill is easing its way into just that. While the Century’s adored weekly social dances have yet to resume, small and limited classes for solo or partnered lessons are being offered in the meantime. The Century is continuing to uphold a mask wearing policy during classes with additional COVID measures taken. Hopefully the days of fewer masks and more feet returning to the dance floor are just around the corner!

← Letter From The Director Jazz: The Second Century Series →