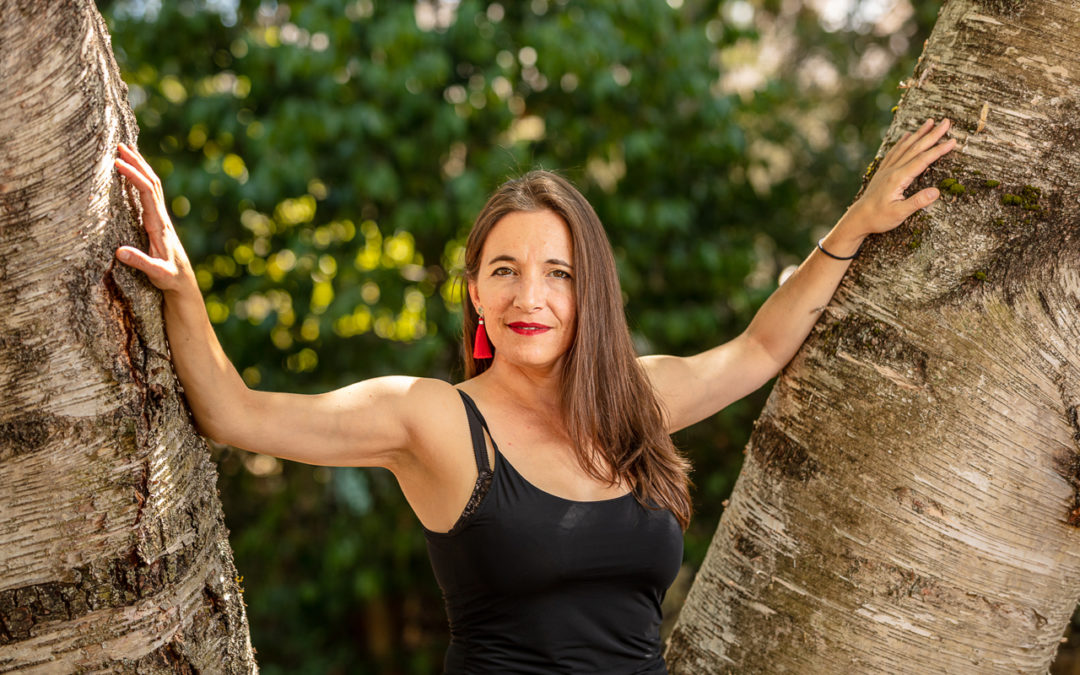 It was right after the Spanish dictatorship ended that pianist Marina Albero was born. Her parents were musicians touring the Iberian countryside with their baby. “They were the most wonderful hippies,” she says. They travelled the one-lane roads listening to mixtapes—world and Indian music; flamenco and African—and performed on stages small and large.

For the first time since the regime ended, they could play traditional Spanish music; songs sung in their mother tongue, playing traditional (and not so traditional) instruments alongside the glorious strains. “I played bagpipes,” says Albero. “I played anything my parents needed me to play.” As a child of touring musicians, she was often put on stage playing the instruments that needed to be played and singing the songs that needed to be sung. “I was dancing. I was in costumes…My parents would say, ‘I need you to play that now,’ and I would play it. ‘Now we need you to play that.’ And I’d play that, too,” recalls Albero.

Then, one day, she sat down to a piano. “I found it so easy. It felt right.” Her mother took her little child along for her own lessons when she realized, as did her instructor, that the child could pick it up faster than she could and play better. The daughter was learning the piano faster than her mother was. While her mother eventually quit, Albero didn’t and doesn’t plan to anytime soon. “A piano is an orchestra and I can pour myself onto its strings.”

In her early years she studied at Barcelona’s Conservatory and later at La Havana, where she finished her classical piano degree. She played the standard fare—composers like Frederic Chopin and Johann Sebastian Bach—but it was, and always has been for her, the more colorful music (jazz, Indian, African) that has struck the deepest chord for her.

Albero’s been a Seattleite since 2015. She has been a piano chair at Teatro Zinzanni and has performed at Earshot Jazz Festival, KNKX Live, Jazz Northwest, Ballard Jazz Festival, and elsewhere. She’s played alongside such Seattle notables as Hans Teuber, Evan Flory-Barnes, Eric Eagle, D’Vonne Lewis, Jeff Busch, and many others. In 2018, she was awarded the Golden Ear Award for Emerging Artist and won two more Golden Ear Awards in 2019 for Best Instrumentalist and Best Record of the Year. That very recording, A Life Soundtrack, is set to have a digital release this year on September 16.

This star is continuing to rise and shine, though for a moment, the pandemic dimmed Albero’s light mightily. “I started doubting my craft,” she says plainly. “I had an existential crisis. We already have so much music. I should do something real. It was so sad.” She started studying other things, grappling with the question of where we were all headed. She started wondering what she should do with the rest of her life.

It was her son that showed her that “something real” can be music. “He played so much music during COVID and it kept him mentally healthy. It was his passion and that ignited something in me.”

Being with like-minded musicians in Seattle helped. “I’m still in awe of Seattle’s music scene. There’s still so much out there that I don’t know of. I’m still discovering. What is Seattle’s rock scene like? What is Seattle’s Indian scene like? I’ve been here seven years and I’m playing with new people all the time. It’s such a good vibe here.” Playing with all stripes of musicians, from teenagers to octogenarians, only improves and inspires Albero’s own playing. Albero readily accepts it all.

Albero is honored to be this year’s Earshot Jazz Festival Resident Artist. “It’s a perfect opportunity for me to get into the flow,” she said. She’s eager to invite others into the flow, as well. “To have a spotlight is a responsibility. It is my responsibility to give others a voice. I would like to showcase the music of others.”

This she plans to do with an eclectic  mix, reminiscent of the old tapes her parents’ listened to on the road. She’ll be playing big band music with Roosevelt High School’s jazz band, showcasing as many other women musicians as she can, and continuing her exploration of Indian music. “The stage is a democratic space. The music speaks for itself and to us all. I’m not important,” Albero says. “The music is bigger than me. I’m just a vessel.”

Within that vessel is the power of music; a power she continues to find ways of sharing. In September, she’ll begin teaching at Cornish College of the Arts. “I love being around young people.” She’s also curating three concerts at the Chapel Performance Space at the Good Shepherd Center as part of the long-running Wayward Music Series.

“Jazz has let me be myself,” Albero says. “Jazz allows everyone to contribute. It welcomes everyone with a story to tell.” Albero’s story began at the fall of Spanish dictator Francisco Franco and continues now at the rise of the Delta variant. Through it all, she marches forward; experiencing life and doing something real.