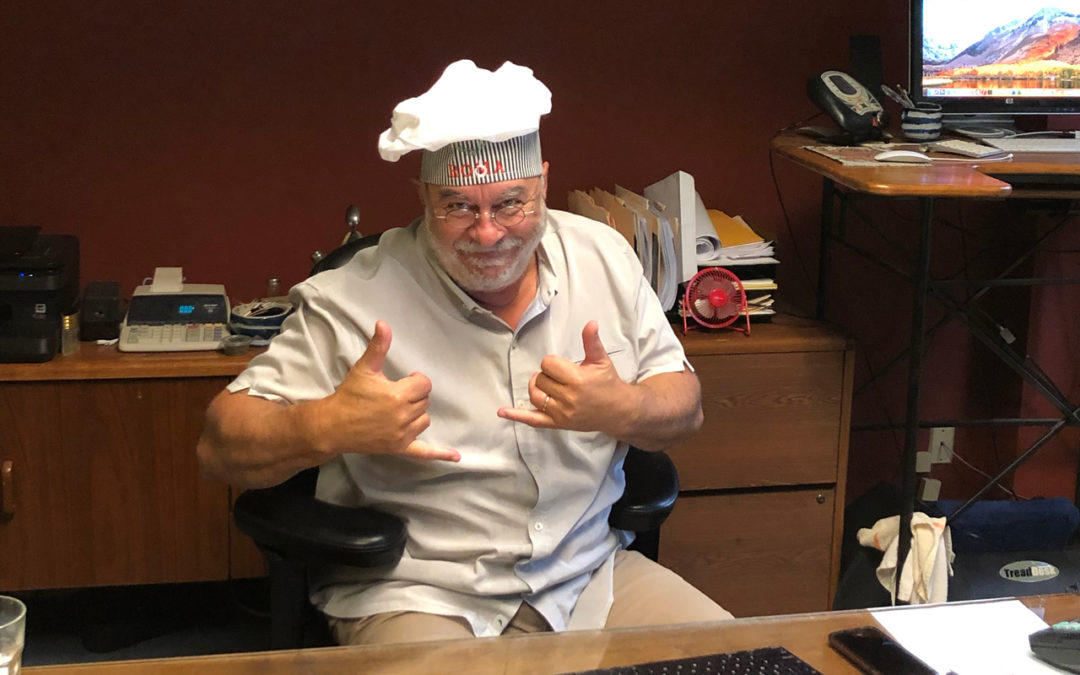 Were it not for the pandemic, John Dimitriou might have celebrated the 40th anniversary of his world-renowned club Jazz Alley last year, but, alas, that party is still on hold. However, those who only know this longtime Seattle jazz entrepreneur from the Alley, might be surprised to know that he and his extended family comprise a veritable jazz dynasty in the city. In the 1960s Dimitriou’s cousin, Pete Barbas, opened the city’s first modern jazz club, Pete’s Poop Deck, in Pioneer Square. From 1973-1976, Dimitriou himself booked the music for his half-brother Gus Boutsinis at the fabled Pioneer Banque, in the same neighborhood. Below are excerpts from a 2018 interview about those early days:

The interesting thing about the Pioneer Banque was that it was built by Jim Ward, who you may know as the founder of El Gaucho and the 13 Coins. He wanted to do a French New Orleans style restaurant. It happened to have a big bar in the basement and we couldn’t figure out what to do with it. I was studying with [drummer] Joe Field and [trumpeter and saxophonist] Floyd Standifer over in Bremerton, at Olympic College, and I thought I was going to be a drummer. I was getting hipped to some really cool music, so I came up with the idea to start booking music.

It was a dark, dingy room with a low ceiling and there was a very deep staircase that went straight down to the bar. It wouldn’t be legal today. But it had a beautiful bar with a big back bar, and right next to that was the stage. We sat 150-175 people, kind of like the old University Jazz Alley, except it was longer and the stage was in the center.

I started out slow, with local bands: [saxophonist] Denney Goodhew, [trumpeters] Sarge West and Ron Soderstrom, [pianists] Bob Nixon and Gene Argel. I played with Gene’s band but I was a terrible drummer [laughs] and they all knew it. But I had a lot of fun. Then we started booking other groups. We started with Ahmad Jamal [in 1974]. In retrospect, I think some of the greatest bands I ever booked were there: Charlie Mingus, Bill Evans, Stan Getz, Dexter Gordon, Carmen McRae, Gabor Szabo, Rahsaan Roland Kirk, Les McCann. So all of a sudden it took off.

I was fortunate that I hooked up with some guys who knew something about booking and about music. One was Todd Barkan, from Keystone Korner [in San Francisco]. We would do joint bookings. And I met a couple of really important agents who took me through the ropes and taught me what to do and what not to do. One of them was Jack Whittemore, who at that time had an astounding stable including McCoy Tyner, Ahmad, Getz, Betty Carter, and Sonny Stitt, and he also handled Miles and Thelonious Monk and Bill Evans. He taught me an awful lot.

The other person who was really important to me was Pete Lambrose. He booked Charlie Byrd, Mose Allison, Herb Ellis, and Barney Kessel. One night, Mose was playing for us and he was about to play the second show on Saturday night and I couldn’t find him. I started looking around the restaurant and went to the very top. The place had six or seven floors and all of a sudden I see this pair of feet, upside down. It was Mose Allison, standing on his head. ‘Mose, what are you doing?’ ‘Oh, I ate some dinner and it didn’t agree with me so I thought I’d stand on my head and let it move around a little bit. Is it time to start?’

Dimitriou left the Pioneer Banque in 1976 for the East Coast, where he worked for Lambrose at the Showboat Lounge and at Blues Alley, in Washington, D.C. When he came home, he briefly operated a large venue near SeaTac Airport called The Place, where Evans performed his final Seattle gig in August 1979. On October 14, 1980, Dimitriou re-opened a small club in the University District called Jazz Alley that had failed under the first owners. The inaugural act, as at the Pioneer Banque, was Ahmad Jamal, a good luck charm Dimitriou has held to every time he’s moved or remodeled the now venerable club.

This article is from the series Roots, by Paul de Barros.

← For The Record Catching Up With Seattle Jazz Vespers →