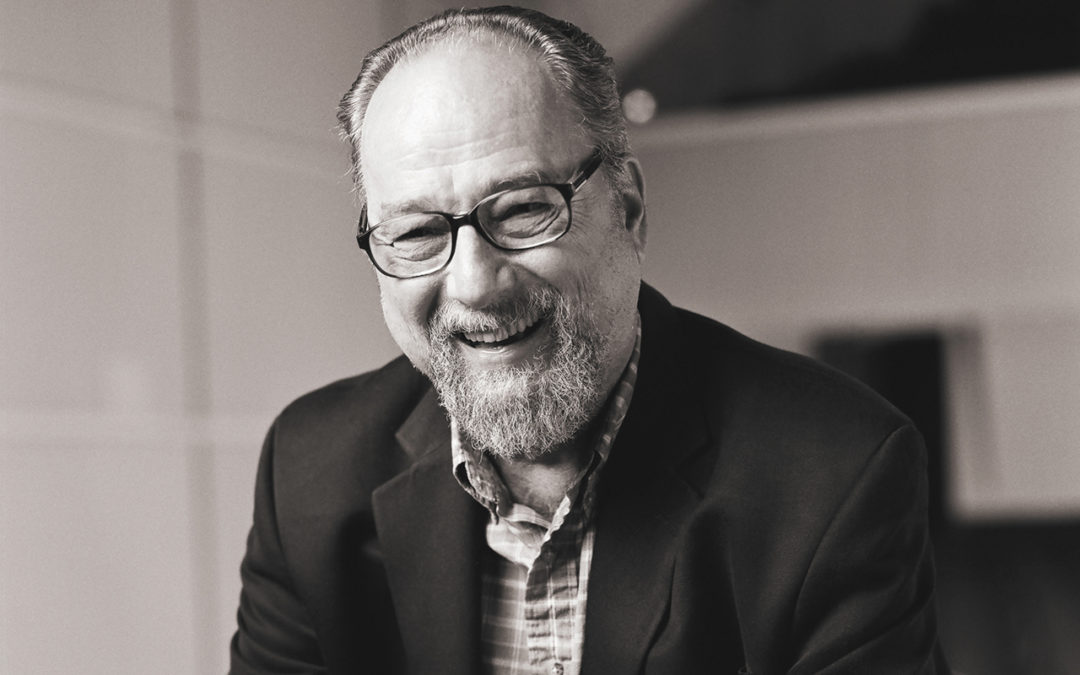 James “Jim” Donald Knapp Jr. died at Cambridge Senior Care in Kirkland, Washington on November 13, 2021. He was born in Chicago on July 28, 1939 and given the same name as his father. His mother Mildred was from a musical family.

“For a kid, you’re not often used to seeing adults being very happy. You know, there’s usually something wrong,” Knapp recalled in an oral history recorded in the Seattle Jazz Archive of the Seattle Public Library. “But [my father] was so happy when he was playing the piano and that had an effect on me, too.”

Knapp studied piano at age six and took up trumpet at age twelve. His first experience combining improvisation and composition came three years later in his high school jazz band when he was stumped by just chord symbols for improvising a solo. Knapp took the suggestion of the band director to “write a solo and learn to play it.” From this, he built confidence in writing music. “Composing music is sort of like listening; listening to your own mind and trusting your own intuition.”

Knapp was drafted into the U.S. Army and was stationed in Stuttgart, Germany from 1962–1964. While there, he met a bass player named Manfred Eicher, who later founded ECM Records.

Knapp studied serial music composition with Kenneth Kabrol at the University of Illinois Urbana-Champaign, but understood that, “it’s important that music sounds good. It sounds almost stupid to say it, but it’s something that isn’t often or is not always followed.”

He played trumpet in the college jazz band under the direction of violist John Garvey and composed for the ensemble. Also playing trumpet in the band was Cecil Bridgewater, who would later work with drummer Max Roach. Pianist Jim McNeely was so impressed by one of Knapp’s compositions he heard performed at the Collegiate Jazz Festival that he decided to enroll in the University of Illinois after high school. In 1969, Knapp and McNeely toured with the band for six weeks in the Soviet Union. McNeely went on to join the Mel Lewis Jazz Orchestra and become composer in residence in 1995 for the Vanguard Jazz Orchestra.

Knapp accompanied dance classes at the University of Illinois led by Joan Skinner, who had danced with Martha Graham and Merce Cunningham. Skinner moved to Seattle to teach modern dance at the University of Washington in 1967. The two married in the summer of 1969 in the backyard of Skinner’s sister, Margaret, in Lake Minnetonka, Minnesota.

In 1995, he formed the Jim Knapp Orchestra (JKO), a 14-piece big band playing mostly his compositions and arrangements. He created the Chamber Groove Orchestra in 1999, adding strings and voices to his big band instrumentation. In 2010, he collaborated with violinist Eyvind Kang to form Scrape, a 19-piece ensemble of strings, harp, and guitar. Each ensemble provided an opportunity to expand his skills. “I love learning and I’ve liked teaching, too. But it’s fun to be in the learning side.”

Throughout his life, Knapp was the recipient of several achievements including a National Endowment for the Arts “Jazz Composition Fellowship,” a Seattle Arts Commission “Individual Artist Music Composition” grant, a “Special Projects Music Composition” award from the King County Arts Commission, and support from Meet the Composer and Artist Trust. In November 2006, he was honored by Cornish College of the Arts for “35 Years of Jazz.” In 2007, he was inducted into the Earshot Jazz Hall of Fame, and in 2010 received the “Certificate of Excellence in Teaching” for 2009-2010 from Cornish College of the Arts. The Jim Knapp Orchestra won the Earshot “Best Acoustic Jazz Group” award in 1995 and its CD, Things For Now, received the Earshot “Jazz Record Of The Year” award in 1999.

Knapp recorded his music on six albums by the University of Illinois Jazz Band; First Avenue for ECM, four CDs by the JKO, and one CD by Scrape. His book Jazz Harmony and several of his scores are available for purchase and download from Common Tone Press at  instituteforcreativity.org/ct-store.

“If you ever notice that when jazz musicians get together,” reflected Jim, “they’re always joking and laughing ‘cause it’s an activity that’s different than music but still fun, you know? And you don’t wanna talk it to death too much, so you just enjoy each other’s company and then go play music, and then get off and have a drink, and have a few laughs, and it’s not a bad life.”

The same weekend that Knapp passed, his last CD It’s Not Business, It’s Personal was released on Seattle’s Origin Records label. On December 19, The Jim Knapp Orchestra, under the direction of Jay Thomas, will perform an evening concert comprised of music from the new CD.  The long-standing orchestra includes many of Seattle’s top jazz artists and has remained active even through Knapp’s declining health. The show, “Celebrating the Music of James Knapp”, will be live in-person as well as live-streamed from Town Hall’s Forum. For tickets and Earshot’s COVID policy, please visit earshot.org.

Knapp has been referred to as “Seattle’s Gil Evans,” because of his distinctive large-ensemble compositions and arrangements. As the founding member of the Jazz Department at Cornish College of the Arts and a visible pillar of the Seattle jazz scene, he has inspired thousands of other artists over his 50+ year career.

A memorial celebration featuring a world premiere of a new piece by Knapp for Scrape, plus a performance by the JKO will be held at Jazz Alley on January 31, 2022. His wife Joan died March 6, 2021. Knapp is survived by his brother William, and Joan’s sisters’ s children; Joan Rivers, Nancy Frischmann, Carrie Bolle, and Peter Ruliffson, and Joan’s grand-niece Melody Reimer.