New Faces for a New Year 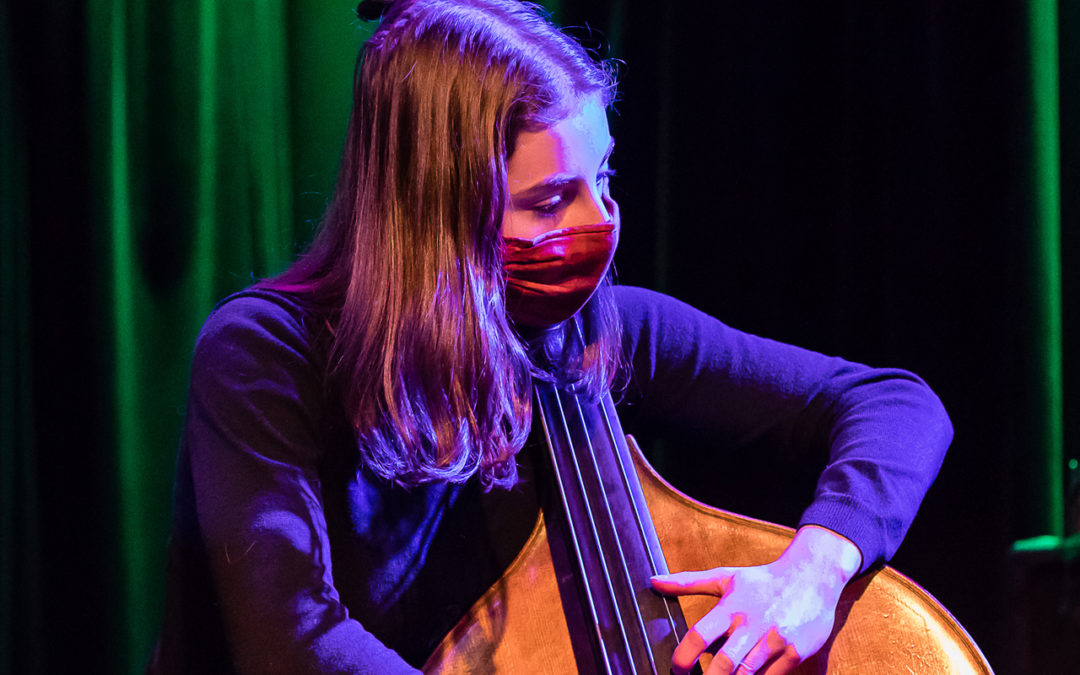 There always seems to be much to make amends for at the end of each calendar year. In terms of time, however, jazz music seems to exist more as a continuum that moves in multiple directions apart from the linear conception of time represented by one revolution around the sun.

During the COVID shutdown and associated social blackout, human migration continued, with new musical voices arriving in seemingly anonymous fashion here in Seattle—inevitably in social stasis until the lockdown subsided to some degree. The successful staging of the 2021 Earshot Jazz Festival in front of live audiences was affirmation of the Seattle jazz community’s slow ascent from the doldrums of the previous year.

Community jam sessions began to re-emerge, most notably the Tuesday night session at the Owl ‘n Thistle, still relentlessly holding on to its 25-year history. The city’s finest intermingled with the new faces of players that had, over the past year, claimed Seattle as their own. With the addition of the Monday night session at the Royal Room, and the beginnings of the new Thomas Marriott led Seattle Jazz Fellowship exploding on Capitol Hill, those new voices had ample space to become known to the community at large and form bonds on the bandstand and off. As the New Year arrives, here are a few names to take note of.

Tenor saxophonist Jackson Cotugno has continually sought out the mentorship of veteran players at jam sessions and more informal social settings. Brandishing a musical talent that is tempered by humility, the past six months has seen Cotugno find a comfort zone playing with more experienced players. While his sound is notably pre-bop, his phrasing and imaginative soloing adds a dimension of modernism to the sound championed by figures such as Coleman Hawkins and Ben Webster. “I just want to learn more, play with people, and try to be a better person. I’m trying to learn all I can from all the amazing musicians here,” he says modestly.

Trumpeter Jun Iida began to appear at the Owl session, displaying a modern approach that embraces Marquis Hill, as much as Lee Morgan. He has recently appeared in Alex Dugdale’s Fade Quintet. With roots in classical forms, the St. Louis born and Pittsburgh raised Iida was mentored by trumpet icons Paul Ferguson, Sean Jones, and Dominick Farinacci while studying in Cleveland. He eventually migrated to Los Angeles where he has deep ties, including Seattle’s own Gary Fukushima. He has found the Seattle jazz scene to be a warm embrace. “I was pleasantly surprised at the health of the scene, and the amount of killin’ cats here. There’s definitely a respect for the music up here and a rich history of jazz”, he notes.

Bassist Trevor Ford seemed to appear from nowhere in pianist Marina Albero’s Trio at Vito’s. He has become a regular at the Monday session at the Royal Room, and recently appeared with Albero and D’Vonne Lewis at the Seattle Jazz Fellowship, as well as the Fellowship’s end of year celebration with Albero and Marriott, among others. The Bend, Oregon native came to Seattle to complete his MBA, but is keenly aware as well of the good fortune of his musical surroundings, both present and past. “There is a long history of music in Seattle and I think I can contribute to that,” he humbly states.

One of the more intriguing newcomers to the scene is Roosevelt High School senior Grace Kaste. Her prowess on double bass, musical intelligence, and leadership qualities have been noticed by many of the city’s veteran musicians. The Chuck Deardorf protégé is clear that her mentor has been the guiding force of her rapidly ascending talent. “He’s been my teacher since eighth grade. He’s been a huge inspiration. I think the only reason I’m obsessed with jazz is him,” she says. A recent Roosevelt performance with Marina Albero opened doors for her that allowed her to at least see the path that she will travel. “That concert had a kind of energy that I’ve never experienced on stage before. Marina is amazing, but she’s also so warm. I had never had that kind of communication on stage before, especially from a professional who could have just come in and done her job,” she says. It will be a point of interest in the coming year to see where the young, phenomenally talented bassist appears, and with whom.

When a true jazz fan chances upon a new album, they look beyond the name of the leader to discover the side musicians that complete the band. It is a statement of the fact that jazz is indeed a true democracy of sound. Seattle jazz fans would do well to do the same when looking for a live date to attend. In the process, you may find some new bright lights in town, shedding light on the cold and dark Seattle winter.