Eugenie Jones Fields an ‘A Team’ on New Album Players 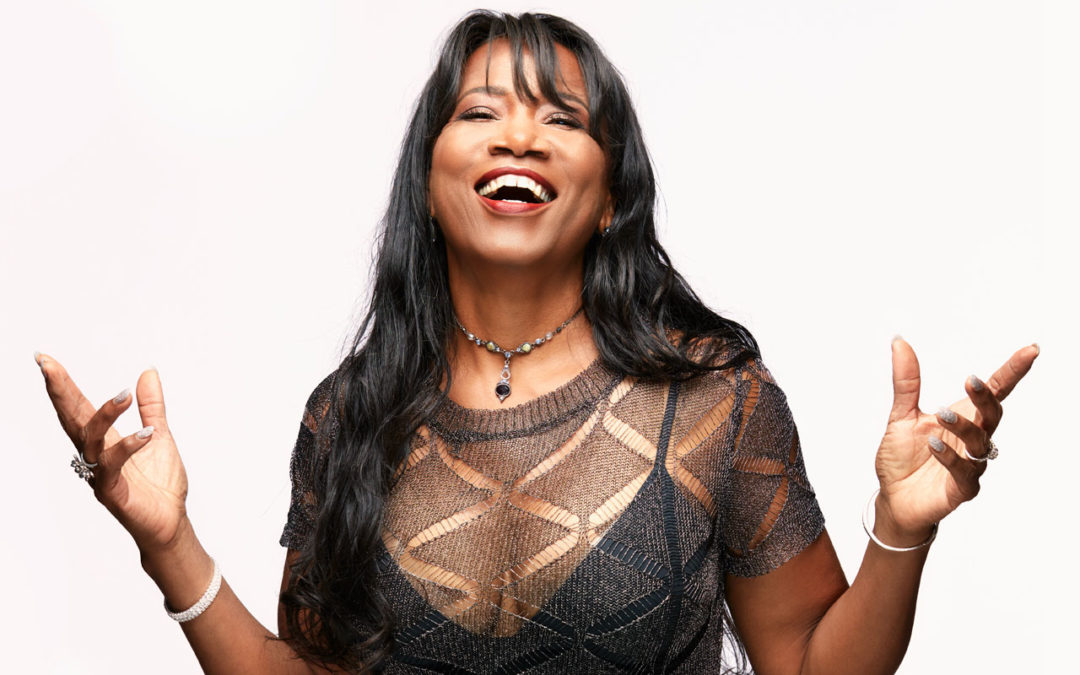 When Seattle area singer Eugenie Jones started thinking about making her unusual third album, Players (don’t miss the release party March 12 at the Royal Room) like every musician, she thought about repertoire, keys, arrangements, tempos, studios, side players, and all of the rest that goes into making a recording. But unlike most musicians, she also thought about how it would find a home in the world.

“How can I create a product that is unique and different from other products?” pondered the singer. “It came to me one morning as I was waking up: I’ll record in each region of the United States with a different set of master artists!”

Jones says a lot of credit for making this dream project into a reality goes to Workman, who calls Jones “a force of light we are fortunate to experience” and also gets an A&R co-credit. The two met at the Jazz Congress, the annual New York gathering started at Jazz at Lincoln Center in 2018.

“[Earshot Executive Director] John Gilbreath was standing there talking to him at a meet-and-greet,” recalls Jones, who, in a way, luckily, did not recognize the great bassist. “If I had known who he was, I probably wouldn’t have been so bold as to approach him!”

Jones came to jazz late in life but seems to be making up for lost time with chutzpah and drive. Raised in Morgantown, West Virginia, where her mother sang in the church choir her father directed, Jones moved to Kitsap County in 1994 with her (now ex-) husband, a Navy man. There, she worked in marketing for Kitsap County, raised two children, and also cared for her mother until she died of cancer in 2008. It was a turning point.

“I wondered if I could carry on that part of my mother,” says Jones of her mom’s love of singing. By 2013, she had released her first CD, Black Lace, Blue Tears, followed by Come Out Swinging in 2015. Workman was impressed. He lent his support to the new project, playing on the New York session and helping to snag other musicians there, such as Sanabria and Purdie.

Seattle’s Jeff Johnson also helped at the start, putting Jones in touch with ex-Jeff Hamilton Trio bassist Lynn Seaton, who played on the first session in Dallas, in 2017, along with drummer Quincy Davis, pianist Shaun Martin, and percussionist Jose Aponté. Seaton’s exquisitely deep sound and tasty note choices rise up on Jones’ anguished breakup song, “One More Night To Burn,” and Martin’s flowing piano shines on “There Are Thorns,” another Jones original whose refrain, “there are thorns among the red rose blooms,” sums up a lot of what this album is all about.

“It’s the most important song on the CD,” asserts the singer. “It talks about how people are going through difficult experiences, but says, ‘Don’t be afraid to go through those difficult experiences, because that’s how you discover things about yourself that you otherwise never would have known, and you get access to things that you wouldn’t have access to.’ Like doing my CD.”

Jones finds simpatico messages that she wants to share in standards, too: To wit, Irving Berlin’s “Blue Skies,” which she gave an upbeat, funky turn on the album’s Chicago session.

“It’s a positive song about the blessings in life, the things we have to be thankful for,” she says.

Also, from the Chicago session comes Berlin’s pert kiss-off, “You Can Have Him,” which gained an extra line, courtesy of Jones: “You see a woman loved will give anything for her man,” which she felt made this period piece sound “more palatable to a modern audience.”

Storyline gives way to a bedroom soul mood on “As Long As,” from the New York session, which also produced the lively rumba featuring Sanabria, “Ultimo Baile En Casa.”
But ironically, the real jewel of this album, thousands of miles in the making, comes from Seattle. Billy Strayhorn’s sensually delicate, seldom performed “Multicolored Blue,” features some break-your-heart call-and-answer between Thomas’ muted trumpet and Priester’s trombone.

“He’s talking about colors, but he’s really talking about heartbreak,” says Jones. “I have to say that and ‘Red Dress’ [from Chicago, with a choice solo by Hill] are my two favorite songs on the CD.”

Also of interest to locals is “Ey Brother,” from the Seattle session, which imagines an “old head” on Jackson Street giving a youngblood the lowdown about the hood – from the Black and Tan, Quincy (Jones) and Ray (Charles) – to the real estate redlining and racism that informed that history. Since the singer now heads the Jackson Street Jazz Walk and also mounted the Celebrating Ernestine Anderson Tribute Series last year, she knows whereof she speaks.

So what’s next for Eugenie Jones? You won’t be surprised to hear that she’s already booked her own tour, which will take her from Seattle to Chicago to Dallas to New York, and points beyond, including the Blue Llama club in Ann Arbor, Michigan. And of course, she’s written all her own website copy as well as the press materials she sent to radio and print media.

“Jazz is the one thing that allows me to use all my talents – writing, singing, marketing…all of it.”

Good luck out there, and we’ll see you when you get back, no doubt with the next project already on the drawing board.