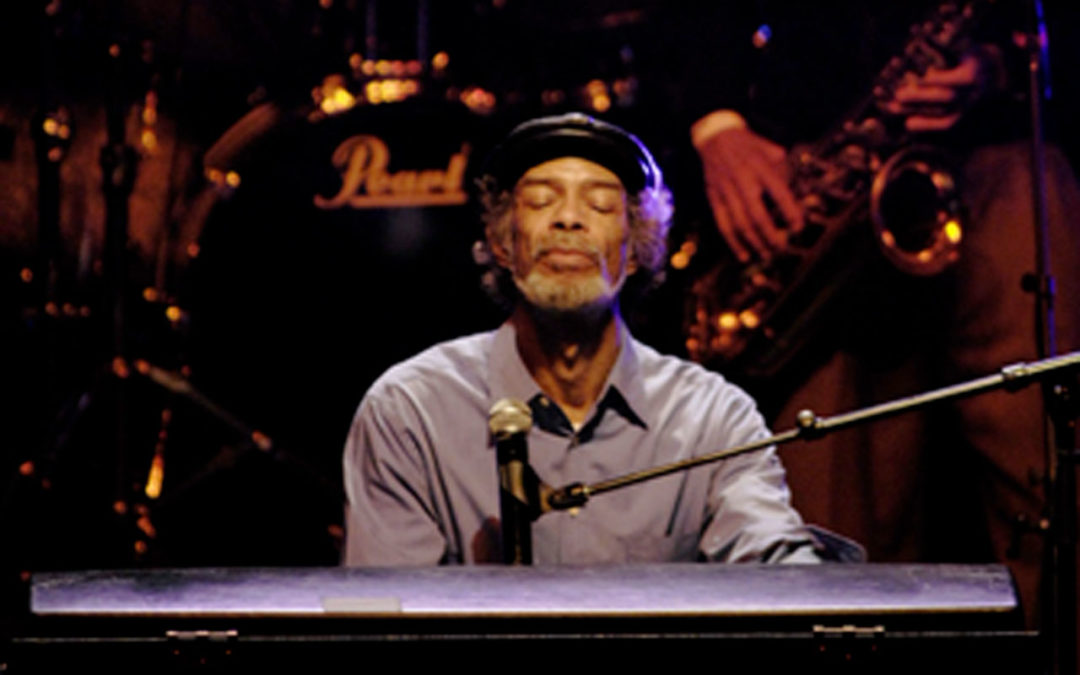 On March 11 and 12, LANGSTON will celebrate a seminal jazz poet, singer, and musician with a live performance entitled “Winter in America—An Homage to Gil Scott-Heron.”

Beginning in the early 1970s, Gil Scott-Heron exploded on the scene with works of powerful social and political commentary reflecting the African American experience and struggle for justice, such as “The Revolution Will Not Be Televised” and “We Almost Lost Detroit,” delivered in a style that became a major influence on the development of rap.

His work spoke to the times, and inevitably to ours. Camilo Estrada, musical director of this homage, believes Scott-Heron’s work should be better known and appreciated today.

“He deeply resonated with me and I started to have the feeling that his music was underappreciated and not as well-known as I feel like it deserves to be, especially with how relevant the things that he covers are,” says Estrada. Underpinning Scott-Heron’s singing and spoken-word performances was a band, led by collaborator Brian Jackson, that was an irresistible fusion of jazz, soul, and funk.

Estrada, who also plays electric bass with Seattle’s The New Triumph, set off to recruit an all-star lineup of area musicians to perform the tribute.

This show has been an ambition of Estrada’s for some years. However, after having finally secured a grant from Seattle’s 4Culture, the COVID pandemic delayed the show’s realization.

“Finally, being able to do this event in 2022 and see it into fruition is really, really exciting for everybody on my team as well,” said Jazmyn Scott, director of programs & partnerships for LANGSTON. “When Camilo approached me with this idea, he didn’t really even have to say much. A tribute to Gil Scott-Heron is exactly the type of concert that we’re excited to host at Langston. And, also showcasing all of the local musicians and artists that Camilo has put together for this concert as well is really exciting; bringing the folks together.”

The show will emphasize the groundbreaking 1970s work of Scott-Heron, who died in 2011 at the age of 62. Featured works will include “The Revolution Will Not Be Televised,” “Pieces of a Man,” “The Bottle,” “Winter in America,” “We Almost Lost Detroit,” and more, as well as original spoken-word works on Scott-Heron’s signature themes.

“The timeliness of Gil Scott-Heron’s work is evident”, says Estrada. You can look at some of his lyrics or his poems…One of the poetry pieces we’ll do is a poem for Jose Campos Torres, who was killed by police in Houston, and he talks about how he wasn’t going to write any more poems like this, about police brutality. But he’s dead. And so, while some of the names might be different, the themes are sadly still quite relevant.”

Tickets for this incredibly timely, powerful event can be purchased at langstonseattle.org/event/winter-in-america-an-homage-to-gil-scott-heron.