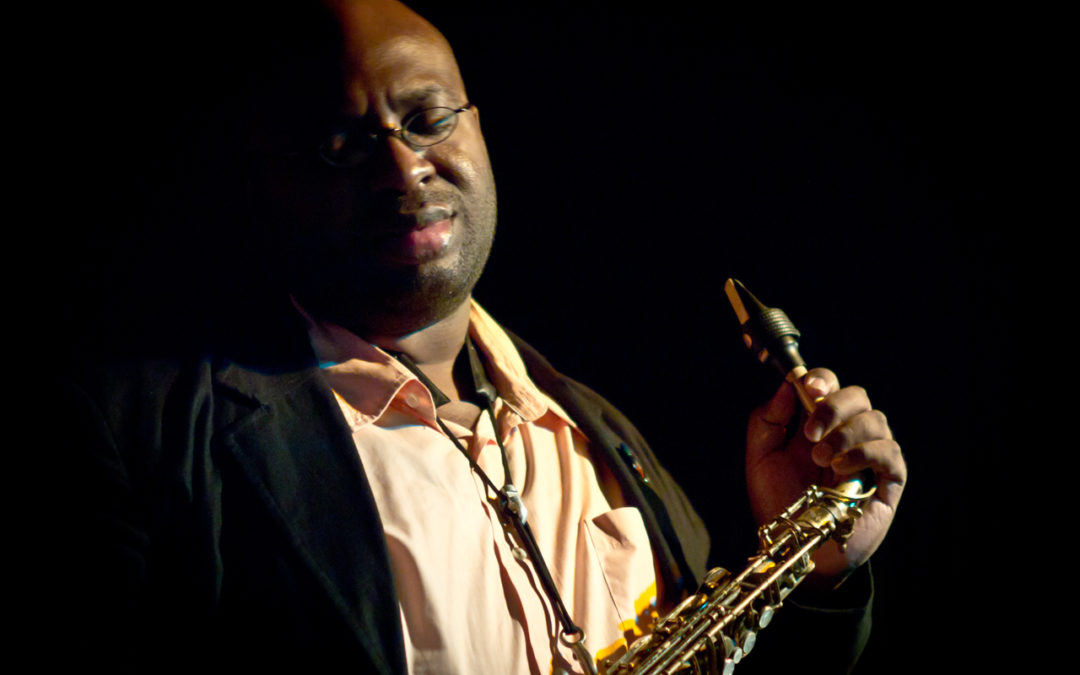 Seattle Modern Orchestra (SMO) presents the premiere of a new commissioned work from celebrated New York-based composer and alto saxophonist, Darius Jones on April 15 at Town Hall Forum. This experimental concert will feature Jones on the saxophone exploring the intersection between written and improvised music. The second SMO commission of the concert will be by Seattle-based composer, Yiğit Kolat, composed specially for Jones and SMO.

Jones’ last collaboration with SMO was back in 2019 alongside Seattle-based composer and pianist, Wayne Horvitz. Through the years, Jones has presented and played under the Earshot Jazz banner on several occasions. Over the past decade, Jones has created a recognizable voice as a critically acclaimed saxophonist and composer by embracing individuality and innovation in the tradition of African-American music. “Jones’ concept is proudly his own,” writes Philip Clark in The Wire. “[His music] poses big questions about the relationship between the African-American tradition of spirituals, blues and gospel, and now.”

WAR is Jones’ new minimalist work, exploring the sonic palette of sustained intensity and aggression in an orchestral environment. This work attempts to elicit the same emotional weight of the battle cry and lay bare the ominous reality of impending conflict. Jones reflects on what it means to prepare for war? It’s not just the physical but the psychological aspect of confronting sustained conflict, violence, and the reality of death; how often we confront these elements is dependent on who we are within a society or community. This piece commands the ensemble to prepare for war.

Kolat earned his Doctorate of Musical Arts at the University of Washington, studying with Joël-François Durand. Kolat’s music explores the liminal frontiers of musical activity and potentialities in processing extra-musical data as musical information. The complicated political and social environment of his native Turkey is a recurring theme in his diverse output, which includes acoustic, electro-acoustic, and electronic works composed for orchestra, chamber ensembles, voice, and solo instruments.

Kolat’s Inferences Engines for saxophone, electric guitar, viola, percussion and live electronics will also have its world premiere, alongside WAR. An inference engine is a component of a neural network that infers new information based on what it has learned. This piece features three inference engines examining the musician’s mind, changes and evolving excerpts of musical notation, and biased facial recognition.

Other acts this evening in addition to Jones’ WAR and Kolat’s Inference Engine include Christopher DeLaurenti Grey, Angel, for guitar and electronics; Angelique Poteat, Cyclic Complement, for bass clarinet and electronics; Anne Leilehua Lanzilotti, Find, for solo viola and electronics; and Eva-Maria Houben, echo fantasia V, for any kind and number of instruments or voices.

All SMO performances this season will require masking and proof of vaccination. For tickets please visit seattlemodernorchestra.org/concerts.