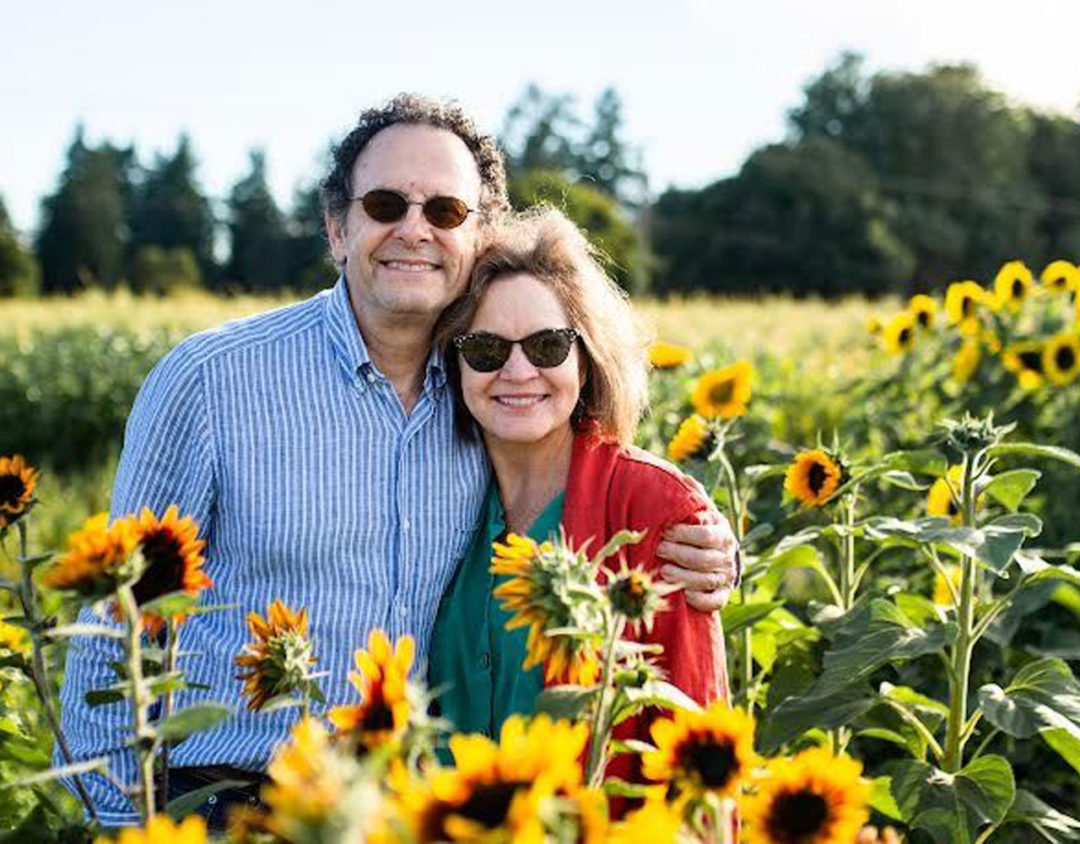 Six years ago jazz pianist Francesco Crosara and his wife Julia arrived in and embraced the Northwest, in all of its spirit, openness, and music. The local jazz scene embraced right back, much to his delight, with great performances and collaborations.

His music draws from a unique range of influences and experiences—from conservatory training in Rome, to the jazz legends he’s performed with over the years such as Lionel Hampton, Freddie Hubbard, and Roy Hargrove.

Yet while Crosara’s restless creativity embraces the world, it is nurtured most at home. He and Julia, an abstract artist, are sharing intriguing samples of that on YouTube in an ongoing series of short videos called “Art Music” that marry sights and sounds—her paintings and his piano pieces. These pieces are serene and stimulating at the same time, enhanced by Crosara’s spot-on video editing (an art he calls a “secret passion” of his).

There is no expectation of financial gain from these videos, but “the idea is to bring joy and give people a break for 30 seconds or a minute,” says Julia Crosara says. Lovingly, her husband adds, “It’s our way to collaborate and do something beautiful together.”

The series had its roots in an eight-minute video called “Preludio Flamenco,” an original composition by Crosara recorded in June 2020 from the homes of five musicians across Washington and California, that was then painted with Julia’s art. The video was selected and streamed as part of Earshot’s 2020 virtual festival’s The Second Century series.

A new video is released each week. A recent addition called “Coming Together at the Seams,” presents canvas masks recently made by Julia with piano improvisations by Francesco from his first CD, Energy. The masks are currently featured at the Manhattan Arts International’s “HerStory” exhibition in New York City.

As we head into spring, the Italian-born Crosara is enjoying a renaissance of his own of local involvement and creativity, born from the seed time of the pandemic. There’s an upcoming new CD (his first recorded in Seattle), including three sets of bass and drums accompanists and multiple performances lined up with some of the region’s finest musicians in settings ranging from acoustic jazz and electric fusion to world music. Recorded at David Lange Studios in February, the new record includes 10 tracks of all-original compositions in three settings: an acoustic trio with Clipper Anderson and Mark Ivester; a jazz fusion project with Farko Dosumov and D’Vonne Lewis; and a world and Latin trio with Osama Afifi and Xavier Lecouturier. “I can say that I’ve been blessed to connect with a lot of the amazing musicians that are here, that have embraced me like a brother,” Crosara says. “So, to be able to call the best drummers, plural, and the bassists, plural, to be part of my recording, and for them to just be enthusiastic to do it…that’s really wonderful.”

Crosara’s all-absorbing creativity began in his childhood home. His mother is Lilian Terry, a prominent Italian jazz singer and journalist who befriended many traveling legends and wrote about it in her well-reviewed 2017 book, Dizzy, Duke, Brother Ray and Friends: On and Off the Record with Jazz Greats (University of Illinois Press). Terry, now 91, is busy writing a sequel.

Through his mother, Crosara had friendships as a child, teenager, and young man with Dizzy Gillespie, Chick Corea, Max Roach, Abbey Lincoln, and others. And it was Lincoln, an iconic singer and civil rights activist, who gave him some advice that Crosara has grown to appreciate more with time. “One thing that she taught me, and it always stuck to me—she said, ‘You know Francesco, if you give yourself to the muse, she will take care of you.’ And I never understood what that meant at the time when I was, what, 20? But basically what she meant is give yourself totally to the muse and magic will happen. And now I’m finally getting it, because I’m truly giving myself now, right here in Seattle. And indeed magic is happening.”

Spring shows on the horizon for Crosara include a performance with his trio with Anderson and Ivester at Calluna on April 13, and a jazz piano duet with Bill Anschell at Stage 7 Pianos on April 16. Keep up with the Crosaras and their various projects around the city at francescojazz.com.