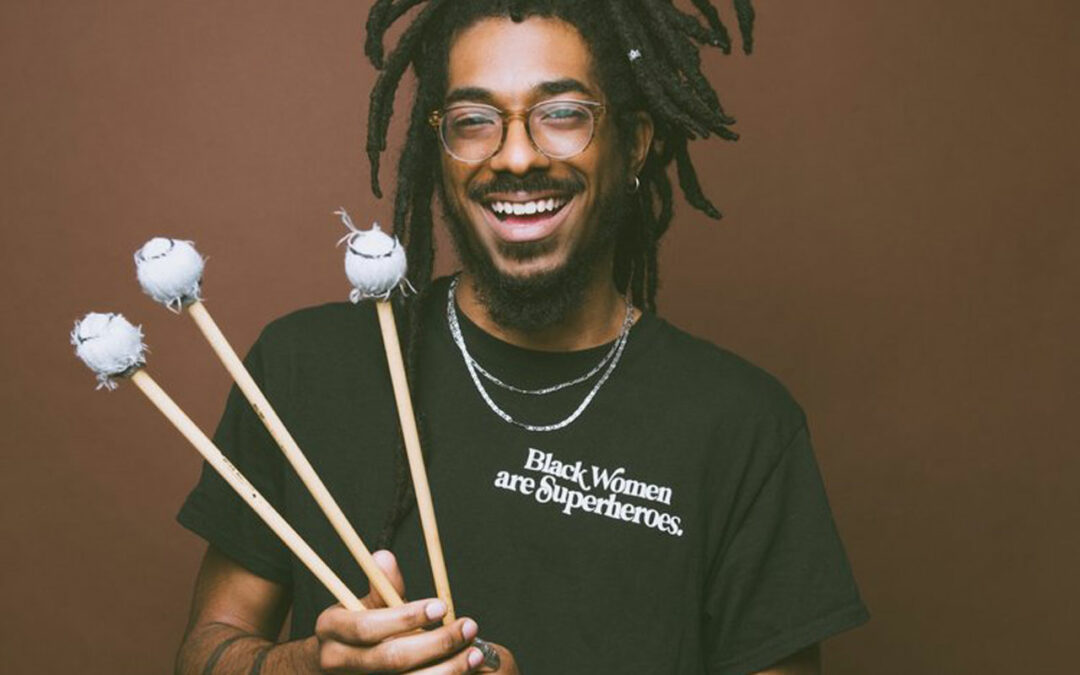 Sponsored by WJPN and NEA

Currently billed as the most exciting new vibraphonist in America right now, Joel Ross and his band ‘Good Vibes’ will be presented at Langston Hughes Performing Arts Institute on June 30. Cool, pleasant vibes are in the offing.

From a young age, Ross, who had never doubted that he’d end up in music, has grown into the limelight over the years. “My whole life was just about finding a way to do it [music],” Ross told Blue Note.

The son of two police officers, Ross was raised in a quiet suburb in Chicago’s South Side neighborhood in a family dominated by three older sisters. By three, he and his twin were said to be scratching things all over the house in a hectic manner that it was decided it’d be best to buy them a set of toddler-sized drum sets. This funneled their entry into the school band as early as 10. Ross (who’s adamant that his older twin brother was a better drummer than him) found himself assigned to the band’s xylophone while his brother hit the skins. Since Ross already excelled at mallets, he was asked to try the vibraphone. ‘I don’t know what a vibraphone is,’ he recalled, telling BlueNote that he didn’t want it at all.

Nevertheless, he tried the vibraphone and played it in various opportunities, culminating in him being one of the first students at Chicago’s inaugural arts high school, The Chicago High School for the Arts (ChiArts). Maturing at ChiArts (which partnered with the Thelonious Monk Institute of Jazz), Ross cut his teeth in tours of various high schools around the country. Through it, he got the opportunity to mingle with folks of similar talents, the likes of Herbie Hancock, and later study from special guest trumpeter, Gerald Clayton.

Ross never had a specialty vibraphone instructor, but crossing paths with Stefon Harris (whom he met at a concert) did the trick. The fellow vibist invited him to play with his Brubeck Institute Jazz Quintet at the University of the Pacific. Ross excelled and re-touched his handling of the instrument. Harris was an encounter Ross credits with completely revamping his approach to the instrument.

Ross, who has been illustriously described as possessing the gift of being everywhere interesting at once, has been billed by NPR as having a bright future that stretches before him. His much acclaimed 2020 album, Who Are You?, released with his Good Vibes band, was praised by New York Times critic Giovanni Russonello as speaking “to a new level of group cohesion…more tangle, more sharing, more possibility.