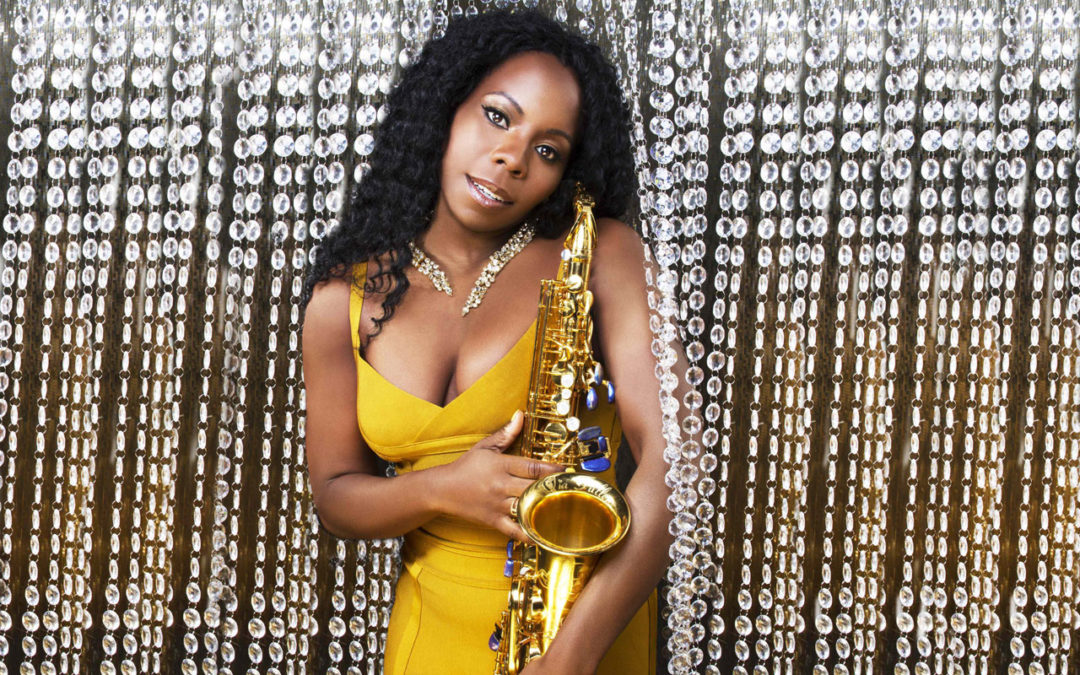 In a tribute to Juneteenth, the Seattle Repertory Jazz Orchestra (SRJO) presents the scintillating, internationally acclaimed Mack Avenue recording artist, composer, educator, and bandleader Tia Fuller in concert at both Nordstrom Recital Hall and Kirkland Performance Center. On stage with SRJO, Fuller showcases tunes from her renowned 2018 release, Diamond Cut, and other favorites.

Fuller’s fifth album, Diamond Cut, was Grammy-nominated for Best Instrumental Jazz. The record was produced by Grammy Award-winner Terri Lyne Carrington (who contributed two tracks on percussion) and features two stellar rhythm sections with some of the jazz world’s foremost luminaries—Dave Holland and Jack DeJohnette, as well as bassist James Genus with drummer Bill Stewart. “Her technique is strong. Her energy is strong. Her material sounds familiar but feels like her own thing. She has all the qualities of someone who is the truth in the music—the real deal,” said Carrington.

Born into a family of musicians, Fuller was a classical piano and flute student before falling in love with the saxophone at a young age. Her father trained her in the mindset to “go in and be fearless, even when you are afraid,” said Fuller. Chosen for an all-female band to tour with Grammy-winning pop superstar Beyoncé, Fuller performed in concerts across the globe from 2006–2010 and was the featured soloist at Beyoncé’s performance for President Obama at the White House. She earned numerous accolades and marks of distinction, winning the JazzTimes Critics’ Poll for best alto saxophonist and the DownBeat International Critics’ Poll Rising Star Award. In 2018, she received the Benny Golson Award from Howard University and was selected as the Artist-in-Residence at the Monterey Jazz Festival.

Adding to her burgeoning list of achievements, Fuller joined the cast of Disney Pixar’s enchanting Oscar-winner, Soul. She was behind the music of the sassy saxophonist Dorothea Williams in the hit film, bringing greater visibility to women in jazz.

Fuller balances the worlds of performance and education as a busy touring and recording artist with jazz masters Ralph Peterson, Dianne Reeves, Esperanza Spalding, Rufus Reid, Wycliffe Gordon, T.S. Monk, Jon Faddis, Jill Scott, Patrice Rushen, Nancy Wilson, and many others. A full-time professor at Berklee College of Music, she conducts master classes, clinics, and lectures worldwide. Fuller notes that her roles as an artist, performer, and educator fulfill her purpose on this earth to “serve as a light for others.”

Celebrating its 27th season, SRJO is co-directed by two Seattle Jazz Hall of Fame inductees, saxophonist and arranger Michael Brockman, long-time faculty member of the UW School of Music, and drummer Clarence Acox, award-winning former conductor of the Garfield High School bands and founder of Seattle JazzED. SRJO is a collective of 18 premier soloists, bandleaders, composers, and educators from the Seattle region, winning numerous awards, including Earshot Jazz Golden Ear Awards for Best Acoustic Jazz Group and Concert of the Year, plus two Starlight Awards from the Kirkland Performance Center. Students can receive a free livestream link using the code SRJOSTUDENT at checkout. Tickets at srjo.org/tickets.