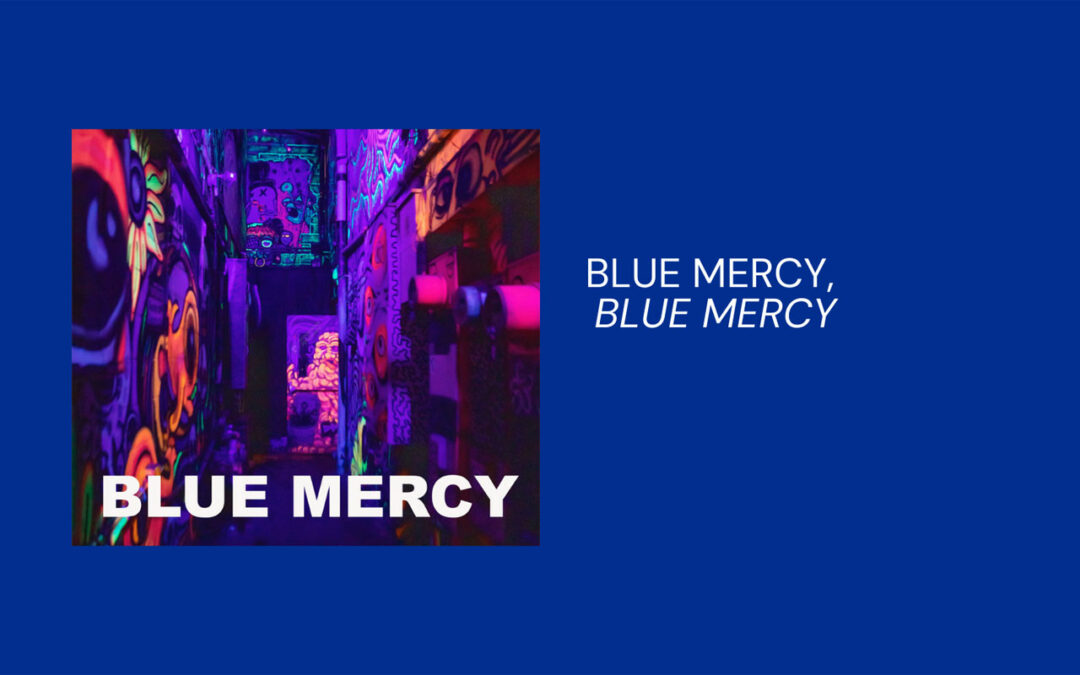 Household names like Elvis Costello understand that successful reinterpretations reinvigorate old forms through clever juxtaposition. “It’s how rock and roll works. You take the broken pieces of another thrill and make a brand new toy.” On his 1980 album, Get Happy!!, Costello’s “Temptation” makes the inspiration explicit, directly quoting “Time Is Tight” by Stax house band Booker T. & the M.G.’s. Unmoored from their origins, these allusions (e.g. the Bo Diddley beat, The Ronette’s “Be My Baby” intro) become the endlessly synthesized staples of the universal musical lexicon. They even form the foundation of entire genres; every self-respecting bebop soloist was fluent in rhythm changes and the twelve-bar blues.

Al Jackson Jr.’s urgent “Time Is Tight” beat forms the backbone of “BUDDHA’S TEA” by Seattle duo BLUE MERCY. Like Costello four decades ago, on their self-titled debut album, organist Johnny Douglas Jr. and drummer Steve Peterson develop a personal spin on their R&B influences, examining the M.G.’s common ground with the contemporaneous soul-jazz of trailblazing organist Jimmy Smith. The key to BLUE MERCY’S success is the sparseness of their lineup. Douglas relies entirely on his interplay with Peterson, employing the duo format’s greater sonic space. With no need to avoid clutter, Douglas explores his Hammond B3’s huge tone, deploying both thick sheets of sound and a percussive timbre reminiscent of Smith’s work on The Sermon. For his part, free of the responsibility to propel a full band, Peterson develops a looser, nimbler version of Jackson’s notable timekeeping. Like the M.G.’s, BLUE MERCY specializes in the beauty of sheer sonic texture: the shimmering drones of Douglas’ organ and Peterson’s ringing ride cymbal and snapping snare. They also delve into the groovier side of ‘60s pop; the driving bass line and sprightly beat of “BLUE SKY DANDELION SUNSHINE EVERYTHING” recall The Turtles or Tommy James and The Shondells.

Douglas, a new kid on the block of sorts, recently moved to Seattle from Nashville. Prior artist collaborations include B.B. King, Roy Orbison, and Steve Cropper. When not making music, the organist writes and records music for TV in his studio. Peterson, a Seattle native, is well known for having played with The Kingsmen, The Wailers, and The Daily Flash. Recording live in the studio, Douglas and Peterson prove that there is no substitute for the energy of two musicians sharing a small room. They transform tradition into living art.