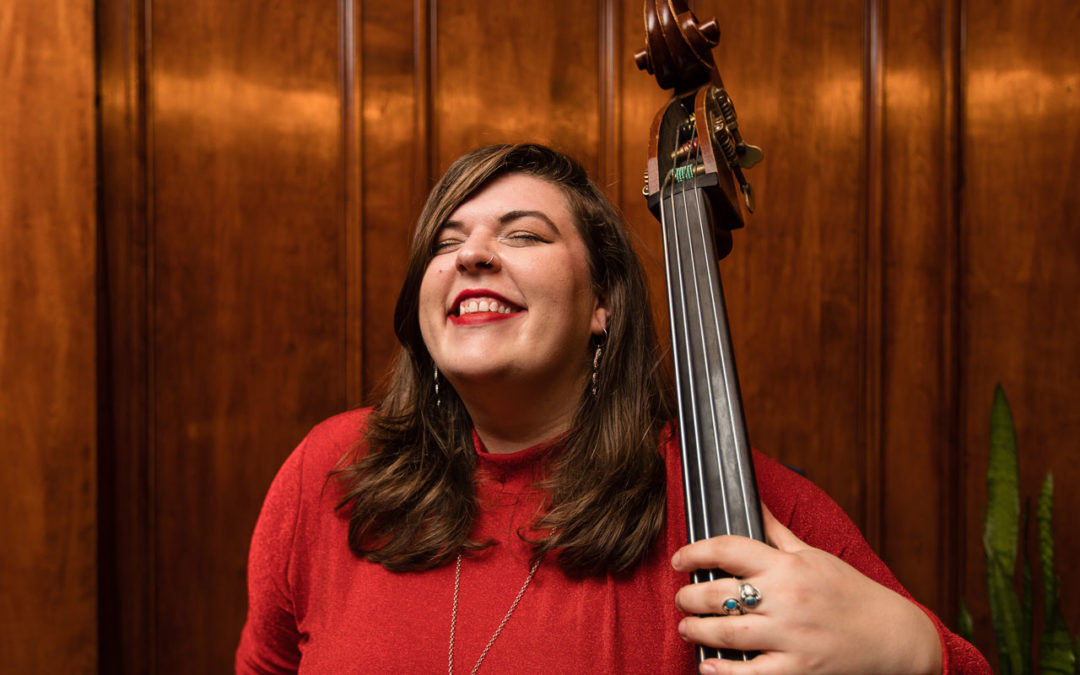 Get ready for sunshine and sounds at Seattle JazzED’s Block Party on Thursday, August 25 from 5-8pm. Block party-goers will dance in the streets to the funky sounds of the JazzED Second Line and the soulful stylings of Seattle’s own Marina and the Dreamboats. This free, public event promises free bites & beverages, arts & crafts, and fun for the whole family. And, if your community organization is interested in tabling at the block party, please reach out to [email protected] Festivities take place at JazzED’s new home: JazzHouse, located at 2101 22nd Ave S. So come on out and join the party. More details at bit.ly/SJBP2022.

On June 14, Seattle Repertory Jazz Orchestra (SRJO) Board of Directors voted to add a full-time Executive Director. Co-Founder Dr. Michael Brockman will become the full-time Artistic Director for SRJO. SRJO, the Pacific Northwest’s only permanent and professional big-band orchestra, was founded in 1995 by Brockman (saxophone/arranger) and Clarence Acox (drummer). Since its founding, Brockman and Acox have been co-Artistic Directors of the non-profit. Brockman has additionally served as Executive Director, handling all the business and administrative functions. However, starting with the next concert season, his focus will shift exclusively to conceiving, developing, and implementing the artistic vision of the organization.

After nearly three decades, the search for a new Executive Director has begun! Is this person you or someone you know? The new Executive Director will provide administrative and strategic direction that embraces SRJO’s long-standing commitment to the stewardship and promotion of the unique American art form of large ensemble jazz and will work closely with Brockman during the transition. Visit srjo.org/join-our-team to learn more about the position and apply. Priority deadline was July 31, but the position remains open until filled, ideally being placed by the fall.

Mark your calendars! The Jackson Street Jazz Walk (JSJW) returns September 9 and 10. In community partnership with Pratt Fine Arts Center, the JSJW will present four stages this year at venues along Jackson Street. First launched in 2013, the jazz walk has been produced for the last four years under vocalist, Eugenie Jones. With support of community partners, JSJW has been able to pour back into the community through donations to senior meal programs, the Boys & Girls Club, and Northwest Harvest. This year’s goal is to be a conduit of donations to Africatown Community Land Trust. We’ll have more details in the upcoming September issue so stay tuned!

Calluna, the quaint jazz restaurant venue located in the University District, has recently closed its doors for good. Owner, Jason Moore, who also previously owned and managed the beloved club, Tula’s, made the difficult decision to close the venue effective immediately. With Tula’s closure, the recent fire at Vito’s, the impending closure of North City Bistro (at least, until new owners step in), and now Calluna, music venues continue to struggle to remain open, especially in light of the pandemic. Now more than ever, it is vital we support musicians and the larger landscape of our community, including those who champion and uplift the scene in other ways. We extend our gratitude to Jason, the Calluna staff, and the musicians who offered another space in our city to convene and commune over excellent food and drinks.

In its second year, Seattlejazzcamp is once more offered as a running start for kids getting back into jazz programs after being off for summer break. Hatched together by trumpeters Jay Thomas and Michael Van Bebber, two long-time friends and colleagues whose relationship is one of love and respect. Still a small camp and getting off the ground, the two friends hope to expand next year to include all of the members of the Phinney Five as teachers: Phil Sparks, John Hansen, Adam Kessler, Thomas, and Van Bebber. The camp is held at the Phinney Ridge Community Center, August 15-19, 11am-5pm. The end of the week culminates with a performance open to friends, family, and the general community. Tuition for the full-week of camp is $500 total. Register online at seattlejazzcamp.com.

Gigs, gigs, gigs, come and get ‘em. Town Hall Seattle is hiring three seasonal part-time positions including House Manager, Event Staff, and Patron Services Associate. Priority deadline closes on August 1, however, applications are accepted and reviewed on a rolling basis to ideally have someone placed by the end of the month. Confirm the position is still listed online before applying. Additionally, Town Hall is in search of a full-time Grants and Corporate Relations Manager. All positions are open until filled. Learn more and apply at townhallseattle.org/jobs.