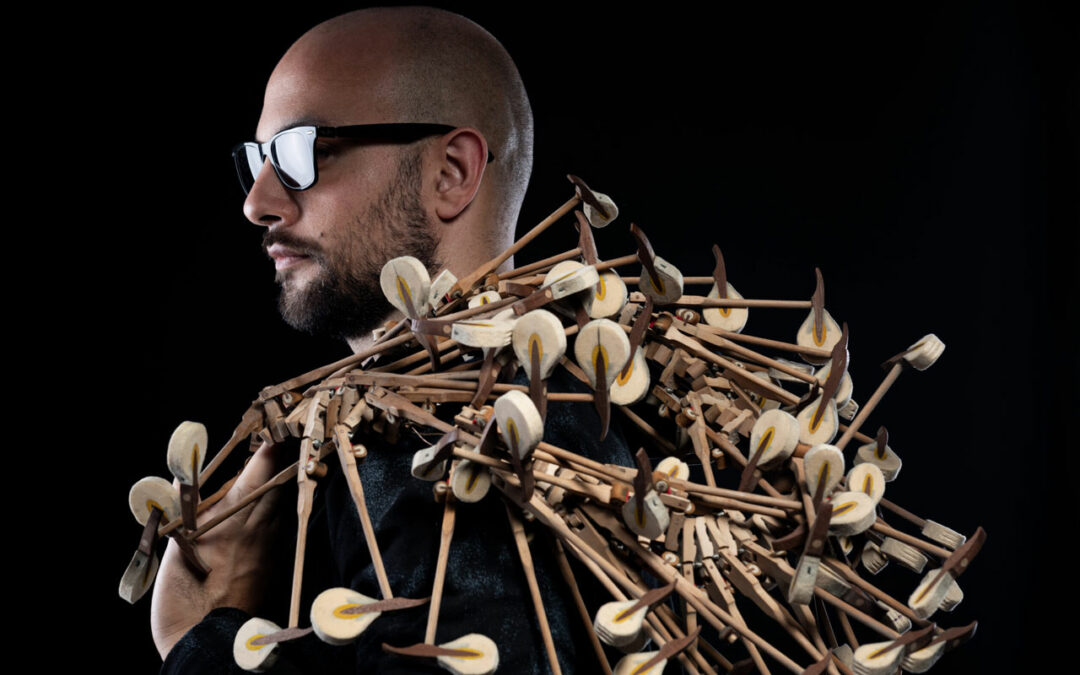 Born and raised in Israel, pianist Shai Maestro is a man of the world, an artist without borders. He tours internationally, lives mostly in New York, spends time in Tel Aviv with family, and recorded his most recent album, Human, released by ECM in 2021, in the South of France. What does it mean to a man who lives globally when the COVID pandemic reduces his world to four walls? Human, written during COVID, is in part an answer to that. It’s an intriguing contrast between a gregarious group of friends and collaborators–his trio made up of bassist Jorge Roeder, drummer Ofri Nehemya, and trumpeter Philip Dizack–and intimately personal soundscape compositions. The French word étendu keeps coming to mind when I hear the music on Human. It means “extended,” but also “stretched-out,” as in something given room to breathe, to reach out its arms, to lie down, to take up the space it needs to exist. The gift of Maestro’s playing is that he doesn’t give in to virtuosity; he’s focused on creating something larger. That might come from his recent work scoring for films, or just from the fact that he’s comfortable enough with ECM now to let there be more space and room in his music. Whatever the case, the compositions on Human feel lived in but also deeply personal, like comfortable rooms in a person’s home.

The music on Human also feels accessible, something I mean in the most complimentary way possible. Maestro spoke with JazzTimes last year and brought up the idea of the “Grandmother Rule,” meaning that amidst all the difficulty and complexity of what he’s doing, his grandmother needs to be able to understand and enjoy the music. Certainly, Maestro’s music is deeply complex and hard to play (bassist Roeder opened up about having to go to the hospital for a pinched nerve from trying to play Maestro’s music), but it’s true that each of the songs in Human have a hummability to them, an ability to recognize and parse a main melody or a familiar set of progressions. It’s only the best artists, the real masters, who take the time to appreciate a good melody, or to worry about how their music is impacting the listeners and audiences. It’s a lesson that Maestro’s imparted on each of the players on the new album, none more so than trumpeter Dizack. Speaking with The Times of Israel, Maestro mentioned how he likes to sing while he composes. It sounds like Dizack has inherited those sung melody lines that Maestro had in his head while composing, and though Dizack is new to Maestro’s ensemble with this album, he fits the music like a glove. Each member of the group plays off the other wonderfully, but it’s the little moments that count here, showing the real power of Maestro’s vision. In the title track, Maestro opens with a lovely set of chord progressions, sounding like a soft vision of jazz, comforting but unchallenging. Trailed off after the progressions, he tosses in little tiny notes, very softly, that clash jarringly with the progressions. It’s done so quickly and subtly that you could miss it, but it wickedly undercuts the comfort of these progressions. As to where the larger ideas and influences on this album came from, there’s a temptation that’s led other reviewers (and myself) astray: speaking of the Middle Eastern or Israeli traditions and roots in Maestro’s music. They may be there, but as Maestro said to The Times of Israel, “My learning process always involves forgetting.” He takes in everything around him, from Cuban music to the greats of jazz and anywhere in between, but what comes out is entirely his own.