JAZZ FILMS FROM NWFF AND SIFF 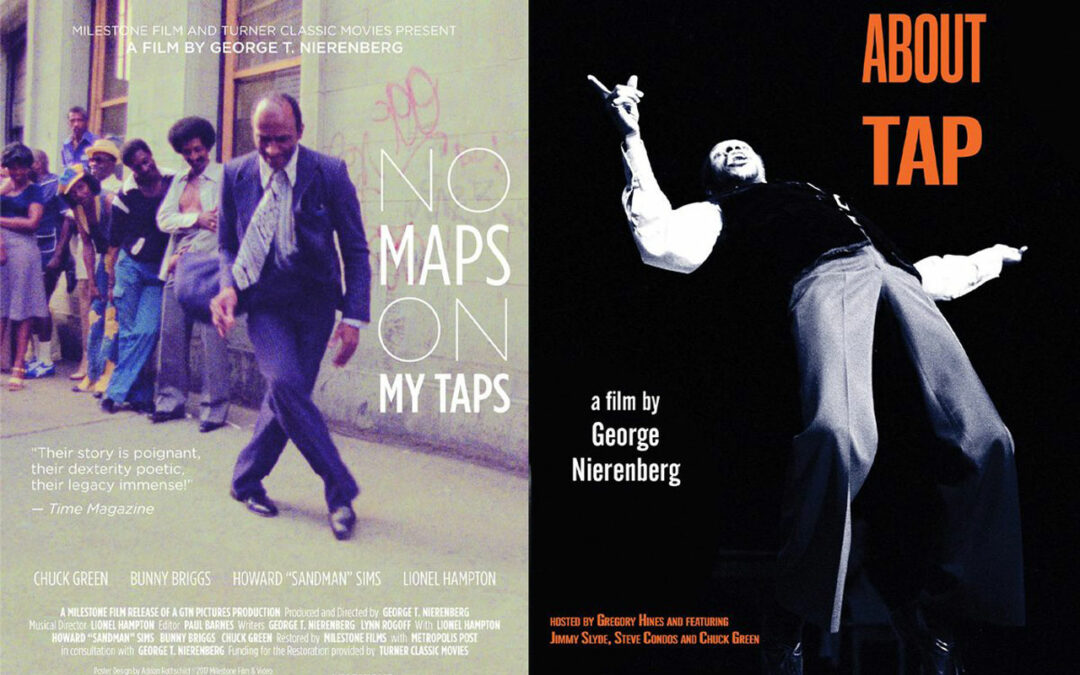 Earshot Jazz in partnership with NWFF once again present films that shed light on the vibrant history and legacy of this great American art form.
Tickets at bit.ly/taprhythm

Filmed at a time when there was a question of tap dance’s survival, director George T. Nierenberg’s extraordinary documentaries No Maps on My Taps (1979) and About Tap (1985) tell the stories of tap as a powerful expression of Black heritage and culture.

Both films screen as a double feature in person at NWFF.

In 1979, Nierenberg released his exhilarating landmark film, No Maps on My Taps, featuring music by Lionel Hampton and the dance artistry of Bunny Briggs, Chuck Green, and Howard “Sandman” Sims. The thrilling talent and ebullient charisma of the three dancers shines through in every fame. The film’s incandescent artistry offered brilliant insight into this indigenous American art form and helped bring about a renaissance that has thrived to this day.

In 1984, Nierenberg directed a brilliant and blissful follow-up film that introduces “overnight” tap sensation Gregory Hines, who shares his childhood memories of watching and imitating the tap dance greats at the Apollo Theater. The film features Jimmy Slyde, Steve Condos, and Chuck Green. About Tap became a seminal film for tappers worldwide—empowering dancers to learn from the masters—and more importantly, encouraging them to find their own unique styles in tap and life.”

Widely considered the best trumpet player of his generation, jazz legend Roy Hargrove galvanized audiences with his incisive playing and virtuosity. A charismatic and combustible performer, rumors of his precocious talent began to spread while still a teenager, and soon he began to ascend the ranks of jazz royalty, leading combos of every size, while also collaborating with everyone from Herbie Hancock to Sonny Rollins, and being an indispensable presence in the Neo-soul movement.

Capturing Hargrove in surprisingly unguarded, intimate moments, director Eliane Henri goes behind-the-scenes, documenting his final European tour. From giddy shopping excursions to heated arguments, Henri interlaces them with revealing archival footage, and candid interviews with peers who collectively reflect back on both Roy’s career and the challenges of being a Black jazz artist in America.

Director Eliane Henri will be in attendance at this screening of HARGROVE.