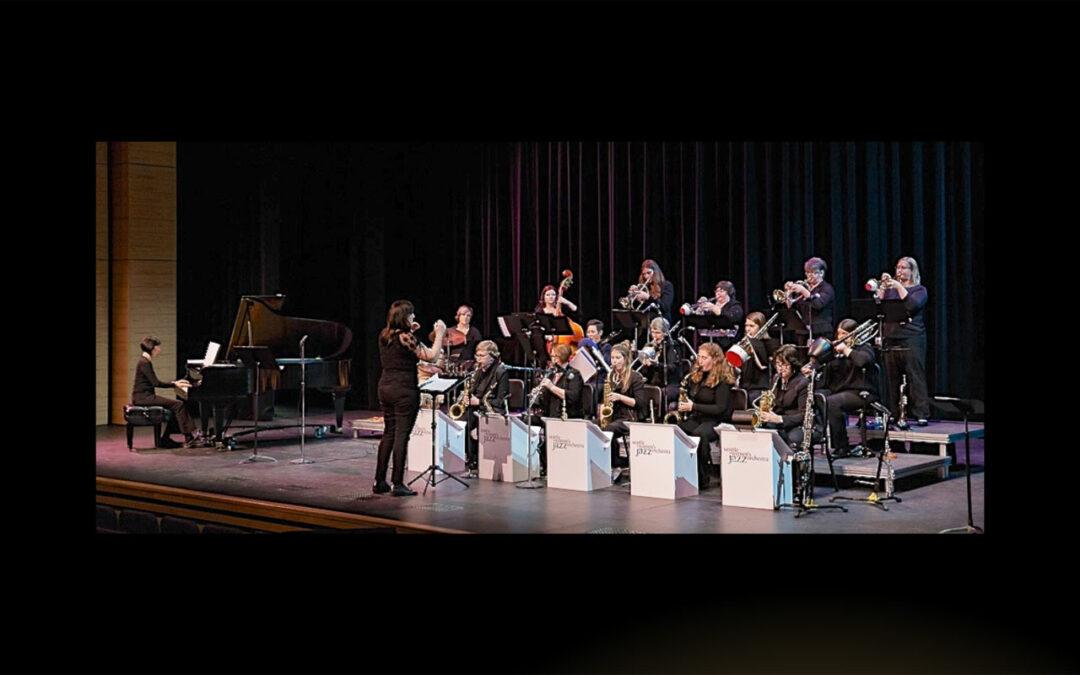 The Seattle Women’s Jazz Orchestra (SWOJO) will be at The Royal Room on December 13 performing holiday classics along with jazz composed by women artists. The group is a big band orchestra performing a variety of genres of jazz, including Latin and Brazilian, as well as contemporary music from both local and international arrangers and composers. The modern music includes contributions from Jill Townsend, Hazel Leach, Ann Reynolds, Nelda Swiggett, Leigh Pilzer, Jessie Smith, Christine Jensen, Jihye Lee, and Patty Darling,  many of whom have been performing for over 25 years.

Seattle Women’s Jazz Orchestra is a non-profit organization dedicated to encouraging women and girls to become involved in jazz, both as performing artists as well as composers. SWOJO co-founders Barbara Hubers-Drake and Ellen Finn founded the group in 2000 hoping to foster more women to consider jazz as either a career or a vocation. The group has performed on two continents, locally including Earshot Jazz, The Triple Door main stage, Dimitriou’s Jazz Alley, and Bumbershoot; and in South America, SWOJO performed at the Festival Jazz en Lima (in Peru). The group also sponsors a Girls Jazz Band and a Compositions Contest. The contest is open to all women composers and is sponsored by the City of Seattle Office of Arts & Culture, 4Culture, and The Women’s University Club Foundation. Over eight weeks, the Orchestra’s after-school program, Girls Jazz Band, mentors middle school-aged girls, training in improvised jazz.

For their holiday concert they will be joined by vocalist Jean Lenke. Lenke is a Seattle-based singer whose album Restless! was self-released in 2019. She is also a composer, lyricist, and bandleader. In 2023, her album The Sea and the Sky will be released.

Stay up to date with this dynamic group and upcoming shows at swojo.org. Tickets for the December 13 show on sale now at theroyalroomseattle.com.