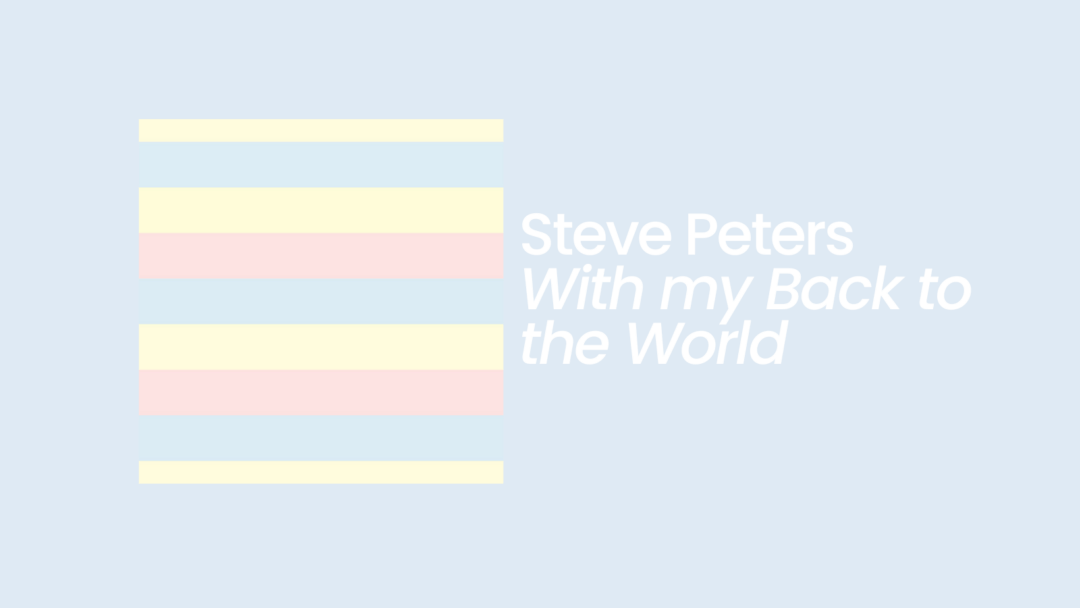 Rarely has so little sounded like so much as in Steven Peters’ soundtrack to the Agnes Martin documentary, Agnes Martin: With My Back to the World. Martin, a painter who made her home in the Southwest, drew inspiration from the open landscapes of New Mexico to create works that utilized minimal shapes and limited color palettes. What marks Martin’s work most is the way layers of complexity seem to arise, almost like hidden ghosts out of the simplicity, an artistic achievement in visual arts that Peters has managed to capture perfectly in music.

If there is an antithesis to bebop jazz, the sort of restless exploration of musical ideas through a fast-paced accumulation of notes, this record is it. Many of these tracks — “Solitude,” for instance — don’t seem to move at all. Rather the song is made up of one synthesized string chord morphing into another in a slow, shimmering progression of sound. The song is so static that it becomes almost visual. “Dark Trees,” the album’s sixth track is even simpler: it’s essentially one chord in the process of becoming others as single notes are added and removed.

Yet, the music here is no less exploratory for its minimalism. As with Martin’s painting, the very simplicity of the songs on this album forces us to hear the complexities underneath, complexities we otherwise miss in the busier music most of us are used to. Peters deliberately chooses instruments associated with the Southwest—the guitar, the accordion, the fiddle—but these also happen to be instruments capable of producing sharp, sometimes even harsh, tones. The result is that we can feel the sonic pulses in the notes, even when the notes themselves don’t move at all. Adding to this, Peters emphasizes vibrato and assembles chords full of dissonance so that notes struggle against one another and create yet more pulses. There’s movement here within the stillness.

There is more movement in the last quarter of the album, as in the contemplative solo guitar piece, “Leaving Town,” or the guitar and fiddle duet, “Taos.” Even here though, notes ooze and drip, one into the other rather than pour. Instrumentation remains simple and there’s a repetition to the melodies.

Peters originally released this album in 2002 to coincide with the film’s debut but has gone back, twenty years later now, to remix it. In addition, he’s added five tracks written for the film but never actually used, which only adds more depth to the finished work.